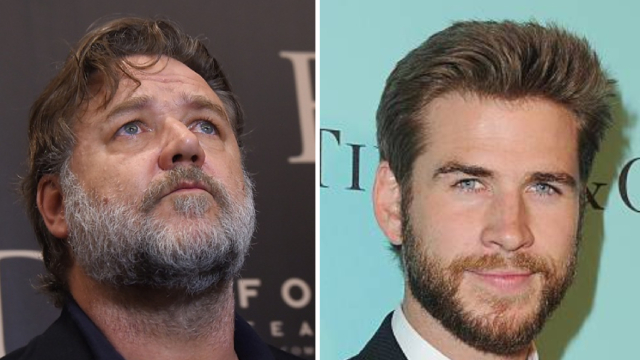 Russell Crowe will continue his growing list of Hemsworth collaborations, with news he will star alongside Liam Hemsworth in a Hollywood action movie to be shot in Australia.

Crowe and Hemsworth, who shot the Crowe-directed crime thriller Poker Face in Sydney last year, will reunite in the coming months for Will Eubank’s Land of Bad.

It will be Crowe’s third Hemsworth collaboration, with Marvel superhero saga Thor: Love and Thunder – also shot in Australia and set to be released this year – starring the Academy Award winner alongside Chris Hemsworth.

Land of Bad follows US Air Force drone pilot Reaper (Crowe) as he supports a special ops mission in the southern Philippines.

After the mission goes wrong, Reaper has 48 hours to work with the attack co-ordinator (Hemsworth) in a “wild rescue operation”.

“They are both incredible performers who will showcase the powerful sense of brotherhood between the two lead characters,” she said.

Crowe recently travelled to Thailand to film the Apple TV war drama The Greatest Beer Run Ever alongside Zac Efron and Bill Murray.

The 58-year-old will also soon be seen in the psychological thriller The Georgetown Project and is expected to join Sony’s Marvel movie Kraven the Hunter.

Chris Hemsworth, meanwhile, is rumoured to be discussing concepts for a Gladiator sequel, some 22 years after the blockbuster earned Crowe an Oscar.

“Russell [Crowe] thinks [Chris Hemsworth] could be the only man to credibly play his son in a Gladiator sequel,” an unnamed source was quoted as saying by MovieWeb.

The source said Crowe and Hemsworth, 38, were “carefully considering the concept” for the film and have “spent hours musing over script ideas”.

Russell Crowe continues his Hemsworth connection with another movie collaboration