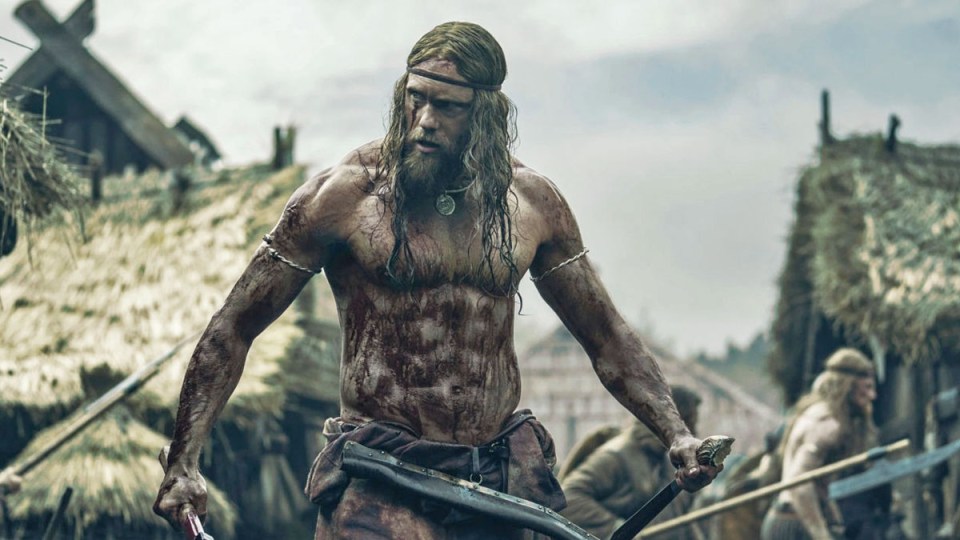 Expect thundering brutality, subjugation, a mythical sword, a Valkyrie and the cry of the corpse-hound sounding out across the Icelandic tundra under a full moon.

This is what you get when Hollywood gives a budget and free rein to an interesting, auteur director, Robert Eggers, whose previous films include The Lighthouse in which two men go mad or were already, and The Witch, set among creepy Christians in 17th century New England.

It’s a wild ride made all the grittier by Eggers’ commitment to keeping things rooted in the real customs, pagan rituals and beliefs of Viking culture in the 10th century.

The fictional story, inspired by the Norse legends and Icelandic sagas, opens with a young princeling, Amleth, being initiated into the rites of vengeance and family honour by his father, the King (Ethan Hawke), watched by his mother Queen Gudrun (Nicole Kidman, sadly miscast).

Soon after, the boy witnesses his father being slain by his scheming uncle Fjolnir (Claes Bang) who is told the boy was also killed.

Years later Amleth (Alexander Skarsgard), who escaped the carnage in a rowboat, has become the personification of the Viking warrior, the beast unleashed who loses human form while he slays without fear or mercy.

He is what’s known as a berserker, the marauding tribe who worshipped the god Odin.

Amleth, portrayed by Skarsgard as a mountain of muscle bursting at the seams, tracks down his villainous uncle whose hopes for the throne had proved to be short-lived. Fjolnir has fled to Iceland where he tends sheep, with Amleth’s mother and now his wife Gudrun, and a son they share together.

Vengeance must be had but there are no straight lines. Amleth is on a Viking’s quest shadowed by magic, pagan ritual, destiny, love, fate, generational revenge and the struggle between hate and kinship. He is guided by seers, one of them played by Icelandic singer Bjork, and protected by supernatural forces, foxes and ravens.

His destiny also splits when he falls in love with the fabulous fellow slave, Olga of the Birch Forest (Anya Taylor-Joy who Eggers cast in The Witch before she found fame in The Queen’s Gambit). He must also confront his mother with the embarrassing fact he is still alive.

Eggers decided to make his quintessential Viking film after a trip to Iceland and he recruited local novelist and screenwriter, Sjon, to co-write it, and took advice from cultural experts, including an archaeologist.

Then he met Skarsgard who, since his days as a True Blood vampire, has been on his own crusade to make a Viking movie.

If the name Amleth sounds a little like Hamlet, it’s because Eggers acknowledges the story is part of the classic storyline of young men robbed of their birthright, trying to find their path.

As for who gets to ascend naked from the burning fields of lava and through the gates of Valhalla, see it and find out.