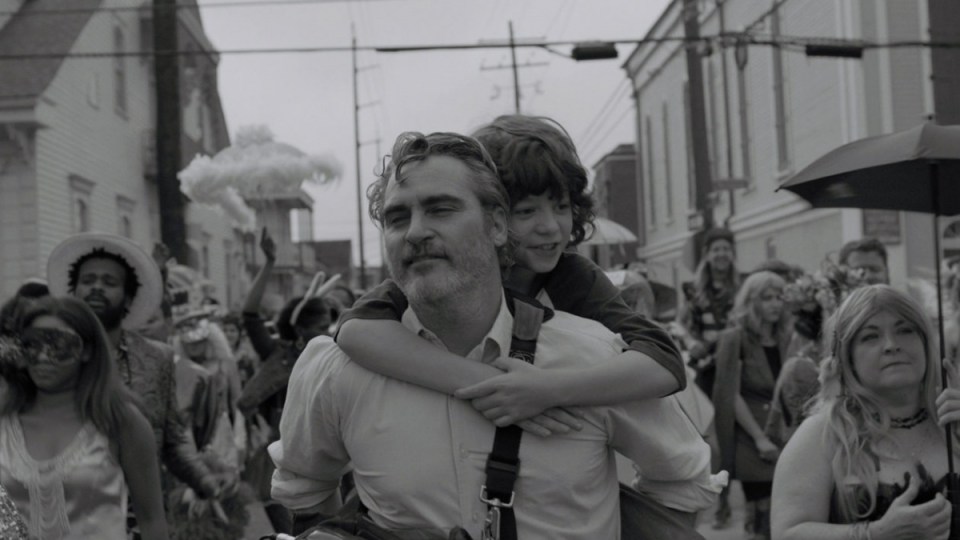 Joaquin Phoenix had to be persuaded over some months to take on the role of the crumpled, good-natured radio journalist Johnny. Photo: Transmission Films
review

There is nothing ground-breaking about C’mon C’mon’s storyline: An uncle is thrust unexpectedly into the role of parent and amid the ensuing chaos, there is gentle love and learning to be had.

Yet writer and director Mike Mills has created something so deep and lyrical that it becomes a truly transformative story about contemporary life and the unparalleled openness of children.

Joaquin Phoenix had to be persuaded over some months to take on the role of crumpled, good-natured radio journalist Johnny, whose partly estranged sister Viv (Gaby Hoffman) is thrown into crisis when her bipolar husband has a mental breakdown and she has to fly out to help him.

Even after Phoenix agreed to the project he was concerned that for the film to work they would somehow have to find “an epic kid”. And they did, a young British actor, Woody Norman, whose character, Jesse, 9, comes to stay with Johnny and joins him on a working road trip.

Jesse is messy, a bit of a loner and precocious; he misses his mother but accepts the new circumstances and creates moments of magic with his uncle. His favourite games include playing an orphan whose family has died, or someone from another planet newly born as human.

Norman’s ability to ignore the camera and be immersed in the present is an absolute gift in a film that relies on honesty without any artifice. “I kind of think of Joaquin as someone my same age,” Norman said later.

When Jesse the child worries that Johnny the grown-up is too tense, he runs through some things he finds helpful, like tapping his shoulder with his fingers, or tossing an imaginary rock and catching it, or doing mindful breathing.

They read together The Wizard of Oz, Star Child and The Bipolar Bear Family as they share each other’s worlds, travelling from New York to Detroit, Los Angeles and New Orleans doing radio interviews with kids about how they see the future.

Johnny’s job is to ask schoolchildren what their particular future looks like, and their voices are part of the film’s poetry. To do this Phoenix was guided by the real Molly Webster, a senior correspondent with New York’s Radiolab who in the movie plays Johnny’s assistant Roxanne.

It is a scripted film with a story but much of the relationship between Johnny and Jesse comes from unguarded moments of intimacy that evolved as they messed around together while they were filming. Jesse’s warmth and positivity does not rely on cuteness but comes from creativity and imagination and the precocious questions of a child whose father is mentally ill, whose artistic mother is preoccupied with saving her husband, and whose middle-aged uncle is on his own after a relationship breakdown he can barely mention.

Threaded through all this are the pure thoughts of children who share their innermost desires for what a safe future can mean. A tribute in the closing credits needs a word of explanation. Devante Bryant, 9, one of the children interviewed, was killed after filming by a stray bullet while sitting on a street corner in New Orleans.

This article originally appeared in InReview. Read the original here.

C’mon C’mon: A transformative story about modern life and the openness of children