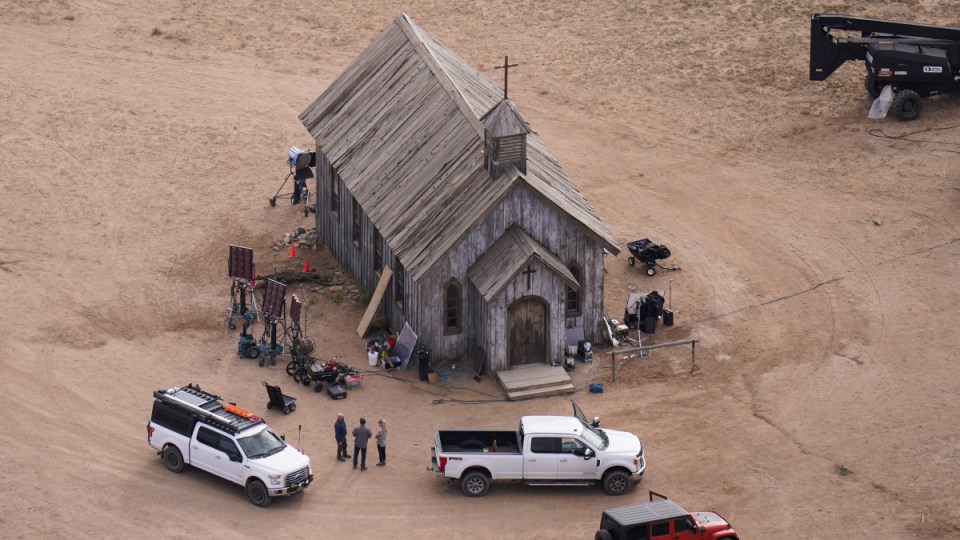 A new lawsuit accuses crew members and the film's production entity of negligence over the fatal shooting of Halyna Hutchins. Photo: AAP

The medic who responded to the deadly shooting of cinematographer Halyna Hutchins on the set of Rust has filed a negligence lawsuit against crew members and the movie’s producers.

Ms Schaefer reveals in the suit how she fought to save the fatally wounded cinematographer to hospital, until a helicopter could arrive to fly her to hospital.

“Cherlyn Schaefer fought desperately to save Halyna Hutchins’ life, putting pressure on her wounds, giving her oxygen, [and] checking her vitals,” the lawsuit states.

Ms Schaefer claims she suffered “tremendous shock, trauma and severe emotional distress” after she failed to save Ms Hutchins’ life and has not been medically able to return to work.

Baldwin is repeatedly described as a “non-party” to the court action.

“The cause of Halyna Hutchins’ death was a tragic gun shot fired by non-party Alec Baldwin,” the lawsuit says.

It alleges negligence on the part of crew members, and also names Bonanza Creek Ranch and Rust Movie Productions LLC as defendants.

Ms Schaefer is the fourth crew member to file a lawsuit since Ms Hutchins’ death.

Ms Hutchins’ husband, Matthew Hutchins took the first step toward filing a wrongful death lawsuit in Santa Fe in late January, but it has yet to be filed.

In December last year, Mr Baldwin told ABC in the US he did not pull the gun’s trigger and that he didn’t know it was loaded.

Mr Baldwin said that he had “no idea” how a live bullet got onto the set of the movie.

The actor was forced to hand over his mobile phone as part of a probe into the fatal shooting in January.

New Mexico prosecutors overseeing the case said at the time some people who handled guns on the set might face criminal charges in connection with Ms Hutchins’ death.