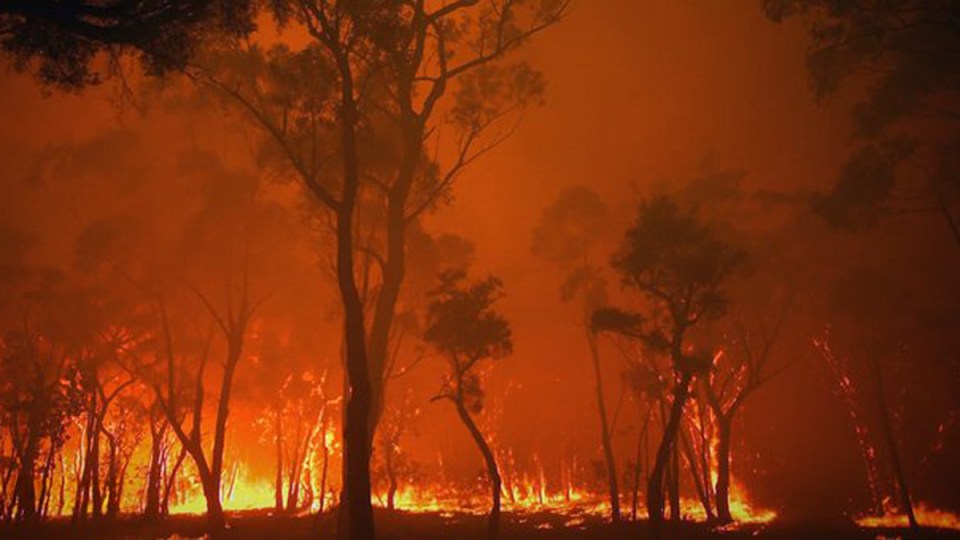 As most of the world’s attention remains on the UN Climate Change conference in Glasgow (COP26) for another five days, an Australian film on the Black Summer bushfires will take centre stage at an exclusive premiere.

Directed and produced by Emmy and Oscar Award-winning filmmaker Eva Orner, 46, Burning is a spellbinding documentary which will make its European debut on November 8 after already making an impact at both the Toronto and Sydney film festivals.

Speaking to The New Daily from the US – where’s she has lived since 2004 – ahead of a trip to Glasgow to conduct a Q&A after the screening, Orner says her motivation for making the film came after a trip to Melbourne in late 2019 as the fires were raging.

“By the time I got to Australia, I had friends who had lost homes. The whole country was consumed by it, [and] by the time I left I was shocked and outraged,” Ms Orner said.

“I wanted to touch on not only the fires, the loss of life, property, animals, but also the long term effects on humans, whether that’s anxiety on schoolkids or women having babies. It’s such a broad scale and it’s a failure by our government and global governments.

“I wanted to tell a story about the fires and about climate change, and about why it was happening.

“I have been super aware of it [climate change] … the Great Barrier Reef was a big one and that is where a line was crossed in the sand, with the massive bleaching.

“I thought Australians would be so alarmed and that would change everything and it didn’t.

“At what point do we realise this is urgent and fighting a battle and we’re on the back foot and we’re too late?

“I thought someone needed to be a bit more alarmist.”

Orner, whose documentary credits include Chasing Asylum and Out of Iraq, approached a host of contributors to help tell the story of what became known as the Black Summer bushfires which swept down through New South Wales and Victoria, killing 34 people and wiping out more than 18.6 million hectares of land at a cost of $103 billion to the Australian economy.

Burning takes us on the tension-building journey of the science on how and why the planet is warming, to how activists and protesters played a key role, to speaking to the victims of the bushfires from Mallacoota to Cobargo, all sharing heartbreaking stories of survival, loss and trauma.

There’s also key markers including Mr Morrison’s coal stunt in parliament, not reading the room in taking a family trip to Hawaii that fateful Christmas, to his “they know I’m not going to stand there and hold a hose” comment.

Scientist and leading author on climate change, Tim Flannery (The Weather Makers) and former Commissioner of Fire and Rescue NSW, Greg Mullins AO, point out early in Burning how they sought an audience with Prime Minister Scott Morrison to warn of an impending bushfire catastrophe.

Adds Mr Flannery, who points out early on how Australia was vulnerable to climate change and was the first – and only – Climate Commissioner – says “we’ve ignored that bigger picture” at a great cost and the greatest tragedy of Black Summer was that “they saw it coming”.

“I watched the climate science develop over the past 30 years,” Mr Flannery says.

“I feel like we’ve just been sleepwalking into catastrophe,” he says.

Ms Orner says: “I love that line. Very powerful. I think he’s an absolute national treasure and has been vilified by so many governments, the Murdoch press. It’s just shocking.

“Tim is just trying to use knowledge to help people and the planet. I find people like Tim to be heroic and a lot of people love and support him.

She says there is one one moment in the 90-minute documentary which really struck her – Mr Mullins got emotional about losing a young firefighter in the line of duty in the Black Summer fires.

“There was something about him, a man who had seen so much and he’s tough, and laconic, he’s not in it for the allocades or the money … seeing someone like him get affected is really human,” Orner says, pointing out that some media outlets were suggesting arson was to blame.

Teenage climate activist Daisy Jeffrey, who was part of enormous Australia-wide climate strike protests which saw 300,000 young people take to the streets, recounts how she turned up at the Sydney rally and found “a sea of sweaty teenage kids”.

Jeffrey, who Orner compares to an Australian Greta Thunberg, addressed the crowds, with clipboard in hand while yelling out “We want a safe future”.

“She’s this great kid who has spent the last few years of her school life trying to save the planet and was ridiculed by the government, not listened to, but had a huge impact on Australians.”

Dr Roly Stokes and Amber McDonald, from Wollongong, also shared their story of living amid the “thickest smoke” they could ever imagine, and the impact the fires were having on their unborn baby.

“The [treating] doctor had borne witness to a bunch of women who were at various stages of pregnancy during the fires and they all had premature births and their placentas were black and crumbly and they asked if they smoked multiple packets [of cigarettes] a day [which they didn’t],” says Orner.

“We’re on track for 1.5 degrees of warming a lot sooner than we thought and [we’ll] hit two degrees by the end of the century. Probably a lot before [that] because we’re not hitting our targets.

“The biggest takeaway to the audience is that we now know this. It’s simple to understand. It’s past the point where individual actions are going to be enough.

“But until governments globally acknowledge this and set aggressive targets [by 2030], we’re all screwed, no matter what we do.

“It’s not alarmist, it’s not exaggerated. It’s measured in terms of the hysteria, I think, the film and it’s a clear warning and all based on scientific fact so its indisputable.”

Burning will launch globally on Amazon Prime Video on November 26

PM confirms death of Australian who was providing humanitarian aid in Ukraine
COVID continues to claim scores of Australian lives every day
Ukraine begs for weapons as Russian artillery pounds besieged cities
‘Greenslide continues’ as party snatches seat of Brisbane from the Liberals
Drenched in her friend’s blood, 11-year-old survived Texas massacre by playing dead
Renewed Russian attacks threaten Ukraine’s last toehold in east
The Stats Guy: What do Millennials and their families want? Infrastructure and lots of it
Today's Stories