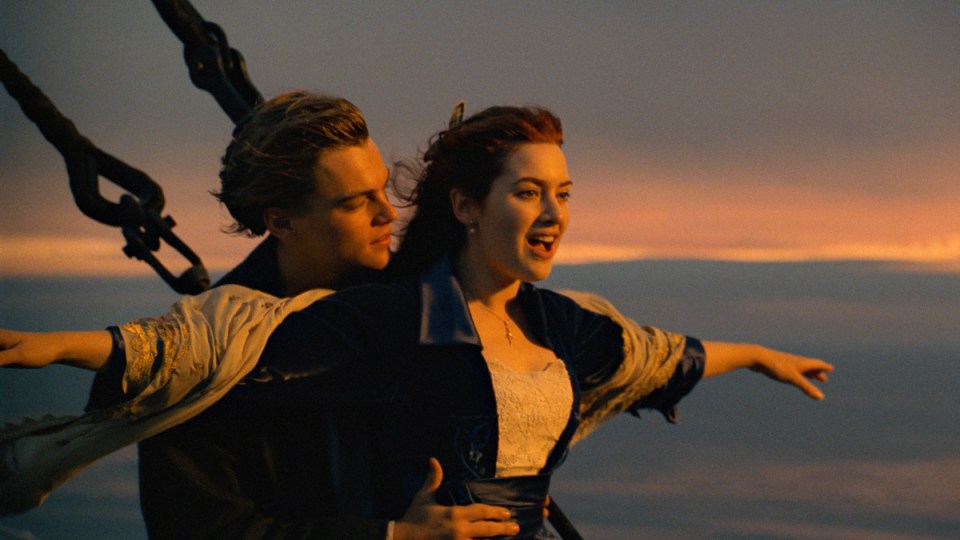 On November 1, 1997, the world was introduced to Jack and Rose in James Cameron's Titanic. Photo: Getty

On this day 24 years ago, Titanic had its first public screening.

Directed by James Cameron, the drama about the doomed ocean liner starring Leonardo DiCaprio and Kate Winslet premiered at the Tokyo International Film Festival on November 1, 1997, before taking the world by storm.

Titanic went on to win a record-equalling 11 Academy Awards in 1998 and held the box-office record for highest-grossing film for more than a decade after its release.

The movie centres on the sinking of the RMS Titanic and the voyage of young love between upper-class woman Rose Dewitt Bukater (Winslet) and struggling artist Jack Dawson (DiCaprio).

It captured worldwide attention like few films before it, with a close attention to historical events and an enthralling story of romance and adventure.

At the time of production, Titanic was the most expensive film ever created with a budget of $US200 million.

It was nominated for 14 Academy Awards and won – an achievement that has only been matched by Ben Hur (1959) and Lord of the Rings: The Return of the King (2003).

Celine Dion’s original song accompanying Jack and Rose’s heart-wrenching end, My Heart Will Go On, also won a string of awards, including the Golden Globe and Oscar for Best Original Song and four Grammy Awards.

It was the first film to gross more than $US1 billion at the box office and remains the third highest-grossing film of all time, with more than $US2.2 billion in box office revenue since its release.

Ultimately, director James Cameron was responsible for knocking the Titanic from pole position.

His 2009 film Avatar leapt to the top spot after raking in more than $US2.85 billion at the box office.

On This Day: James Cameron’s Titanic has its global premiere