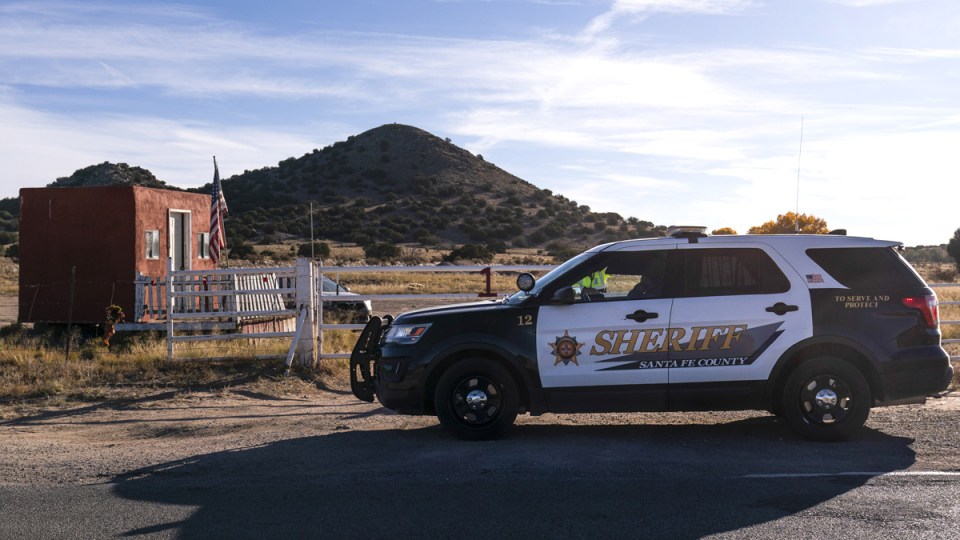 Alec Baldwin the actor, who pulled the trigger on a prop gun while filming Rust in New Mexico and unwittingly killed a cinematographer and injured a director, likely won’t be held criminally or civilly liable for the tragedy.

But Alec Baldwin the producer might be, along with several others in leadership positions for the Western.

Experts predict a tremendous legal fallout from the tragedy, definitely in civil lawsuits and potentially in criminal charges.

In addition to Baldwin, a call sheet for the day of the shooting obtained by The Associated Press lists five producers, four executive producers, a line producer and a co-producer. They, as well as assistant director Dave Halls and armorer Hannah Gutierrez, could all face some sort of liability even if they weren’t on location on Thursday (local time), when the shooting happened.

The payouts – which could be covered in part by insurance held by the production company, Rust Movie Productions – would likely be in the “millions and millions” of dollars.

“There was clearly negligence on the set,” said Adam Winkler, a professor at the UCLA School of Law and a gun policy expert.

“The producers had a duty to preserve the safety of the crew. There were obvious hazards on the set.”

Authorities said on Friday that Halls, the assistant director, had handed the weapon to Baldwin and announced “cold gun”, indicating it was safe to use. But it was loaded with live rounds.

Cinematographer Halyna Hutchins was fatally shot and director Joel Souza, who was standing behind her, was wounded.

Baldwin, who is known for his roles in 30 Rock and The Hunt for Red October and his impression of former US president Donald Trump on Saturday Night Live, has described the killing as a “tragic accident.”

The production of Rust has been beset by disputes from the start in early October and included seven crew members walking off the set just hours before the shooting. The Los Angeles Times, citing two crew members it did not name, reported that five days before the shooting, Baldwin’s stunt double accidentally fired two live rounds after being told the gun didn’t have any ammunition.

Alarmed by the misfires, a crew member told a unit production manager in a text message, “We’ve now had 3 accidental discharges. This is super unsafe”, according to a copy of the message reviewed by the newspaper.

Professor Winkler called the previous misfires – and an apparent lack of any action taken after them – “a recipe for a very significant liability in damages.”

“You can’t have a dangerous situation, know about it and then do nothing,” he said.

Rust Movie Productions said it was co-operating with Santa Fe authorities in their investigation.

“Though we were not made aware of any official complaints concerning weapon or prop safety on set, we will be conducting an internal review of our procedures while production is shut down,” the company said in a statement to The Los Angeles Times.

Although New Mexico law defines involuntary manslaughter in part as a lawful act that resulted in death from “an unlawful manner or without due caution and circumspection”, defence attorney Nina Marino said she doubted any criminal case would be filed.

“If a local agency in New Mexico was going to go forward with criminal charges, that would have a real chilling effect on further filming taking place in New Mexico, and I think New Mexico appreciates the business,” Ms Marino, who specialises in white collar cases, said.

Any film requires insurance coverage and any policy for a Western would hit on the use of horses, other animals and firearms. The call sheet for Thursday alone mentioned multiple guns, several horses and a daily snake wrangler.

An insurer would likely cover any accidental events but the company might not pay for negligence claims on a movie set, according to Julie Shapiro, law professor and director of Loyola Law School’s Entertainment and Media Law Institute.

The insurance company will do its own investigation, Professor Shapiro said, to determine if negligence occurred. The exact wording of the policy would determine what the company would pay.

While Baldwin, the other producers, the assistant director and the armorer might be named as parties in a civil lawsuit, not all may be found to be liable – particularly if they played no role in the safety aspects of the production or held only a vanity credit. The plaintiffs would likely go after the production company’s deeper pockets.

“How much? To what extent will insurance cover it? This is a loss of life – there is no dollar amount you can place,” Professor Shapiro said.