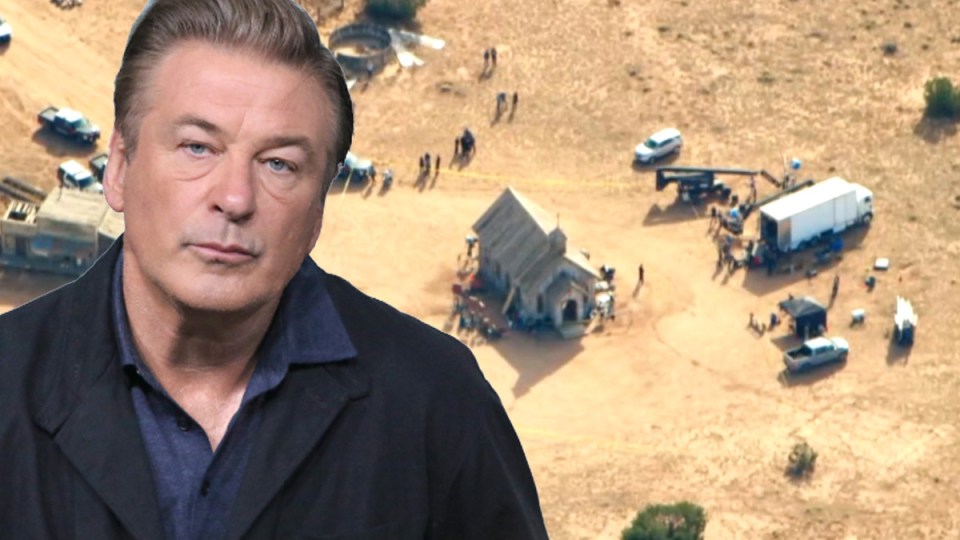 Alec Baldwin says he is 'eagerly awaiting' the Santa Fe sherriff's report on the death of Halyna Hutchins. Photos: Twitter/Getty

A woman has died and a man has been injured after Saturday Night Live star Alec Baldwin fired a prop gun on a New Mexico film set.

Cinematographer Halyna Hutchins died and director Joel Souza was wounded in the shooting on Thursday (US time).

The tragic incident happened on the set of Rust, a feature flick produced by Baldwin and written by him and Souza. It is filming at the Bonanza Creek Ranch, a popular production location south of Santa Fe.

Hutchins, 42, was flown by helicopter to University of New Mexico Hospital in Albuquerque, where she died. Souza, 48, was taken by ambulance to Christus St Vincent Regional Medical Centre in Santa Fe, where he was being treated for his injures, the Santa Fe County Sheriff’s office said.

In a statement, the sheriff’s office said Hutchins and Souza “were shot when a prop firearm was discharged by Alec Baldwin, 68, producer and actor”.

“Detectives are investigating how [the prop firearm was used] and what type of projectile was discharged,” it said.

“This incident remains an active investigation. As more information becomes available, updates will be provided.”

A spokesperson for Baldwin confirmed the tragic incident before it emerged that Baldwin had fired the gun. They have not commented further.

“There was an accident today on the New Mexico set of Rust involving the misfire of a prop gun with blanks,” they told Today.

“Production has been halted for the time being. The safety of our cast and crew remains our top priority.”

There were few details about what led to the shooting. But entertainment industry website Deadline said it had heard that one of the main cast cocked a gun during a rehearsal, unaware that there were live rounds in it. They hit two people – a man in the shoulder, and the woman in the stomach.

Local media is reporting the Rust set was sent into lockdown after the shooting, and old church on the set was blocked off.

Hutchins graduated from the American Film Institute in 2015, and had worked on several short films before shooting Archenemy, a 2020 feature starring Joe Manganiello. In 2019, American Cinematographer called her a “rising star”.

“We received the devastating news this evening, that one of our members, Halyna Hutchins, the director of photography on a production called Rust in New Mexico died from injuries sustained on the set,” guild president John Lindley and executive director Rebecca Rhine said in a joint statement.

“The details are unclear at this moment, but we are working to learn more, and we support a full investigation into this tragic event. This is a terrible loss, and we mourn the passing of a member of our guild’s family.”

Its plot centres on Harland Rust (Baldwin), an infamous Western outlaw who has a bounty on his head. When his estranged teenage grandson Lucas (Noon) is convicted of an accidental murder and sentenced to hang, Rust breaks him out of jail and the two go on the run.