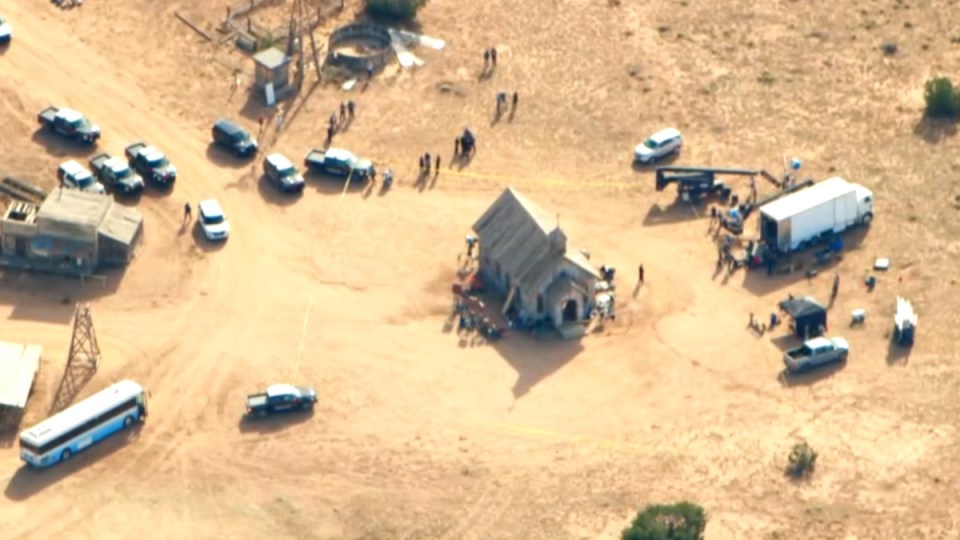 In a tragic accident, Alec Baldwin has fatally fired a prop gun on a film set in America. Photo: Twitter

In a horrendous accident, a cinematographer has died and a director has been injured after Alec Baldwin fired a prop gun while filming in New Mexico.

But most importantly, everyone on set needs to know how to work alongside guns.

A gun with no ammunition – that is, a gun with neither a bullet nor blanks – is not dangerous. But even so, on set there is always an armourer, a safety officer, and a stunt coordinator: at least three people who always have an eye on the guns on set.

We recently finished shooting Darklands, a psychological thriller staring Nadine Garner about a policewoman who fails to stop a shooting and is then pursued by a journalist determined to use the policewoman’s story to resurrect her own flagging writing career.

We used real weapons, but we only used blanks in one scene. The night we fired the blanks was a very controlled situation, working with a very experienced crew. The safety of our cast and crew was of utmost importance to us. Here are some of the things we kept in mind.

When the worst thing happens and someone dies on set, the impact resonates profoundly throughout the industry and the lives of those affected. Two big stories in the 1980s, in particular, changed how occupational health and safety is approached on sets.

In 1982, three actors – two of them children – were killed on the set of Twilight Zone, when special effects explosions caused a helicopter to crash. Their deaths will echo through film sets forever.

In 1984, the actor Jon-Erik Hexum put a gun filled with blanks to his head, and, joking about delays to filming, he pulled the trigger. The force of the wadding was enough to fatally injure him.

Instead of using a bullet, blanks use wads of paper, plastic, felt or cotton – this wadding ensures you get a certain level of flame out of the gun.

But this wadding is the thing which can cause a lot of injury: just because a gun is using blanks, that doesn’t mean it isn’t dangerous.

An abundance of caution

For all elements of shooting a film, you have to sit and worry about all possible scenarios and have a plan for any risks, and the safety officer will work elbow-to-elbow with the director and first assistant director to ensure the safety of the set.

While scouting for locations, the safety officer will consider elements such as trip hazards, road safety, how the set will be lit at night and the supply of electricity.

When you are filming on public land, such as parks, the council will ask for a risk assessment: this can detail where people will park, where bathroom facilities will be located, where equipment will be, as well as considering potential problems like what would happen if a limb was to fall from a tree.

Even an actor carrying a cup of hot coffee on screen will be considered for safety.

Filming this year, we also added an on-set nurse/COVID officer to consider the health of everyone on set.

When a scene is set, the safety officer will check everything, down to the safety mats on the ground to the gel padding hidden by costumes.

On film sets, guns are supplied by an armourer. They will have access to both real and replica weapons, with real weapons costing more to hire than replicas.

Any moment you are using weapons on set, you must treat them with the utmost respect. Safety has to be paramount. In Australia, guns are so rarely handled we found they are highly respected: people are very conscious of the weapon.

All of the protocols surrounding gun use are well established. Everything on set around a gun must be treated with an abundance of caution. The weapon with the blank was never fired at anyone, all cast and crew are briefed multiple times about safety. The police are always notified, as are any neighbours adjacent to the filming location.

We chose to shoot with real weapons, but we only used blanks in one scene. In every other scene, visual effects (VFX) will be used.

The blanks were chosen because of the importance of the weapon to the storytelling in that scene. We needed the reflections on the actor’s face to be real, her physical response to be real. Like when Alan Rickman was dropped while shooting Die Hard: sometimes the moment just calls for that palpable truth.

But many gun effects can be done well through VFX, and companies even sell VFX gunfire packages. Adding these effects is a very specialised field: they can add different muzzle flares, different smoke patterns, and you can even make a gun recoil in someone’s hand.

Our sympathies go out to the families of those affected by this incident. We can only imagine what Alec Baldwin would be feeling right now. It is a horrendous situation for everyone involved.

This is an issue of workplace safety. When things go fatally wrong in any workplace, it is a tragedy.

In Australia, we have always found film to be a really well regulated environment. On our set, we all understand making a movie is not worth putting someone’s life or health at risk.

We can only imagine most filmmakers feel the same.

We are filmmakers who work with firearms. This is what is important in on-set safety