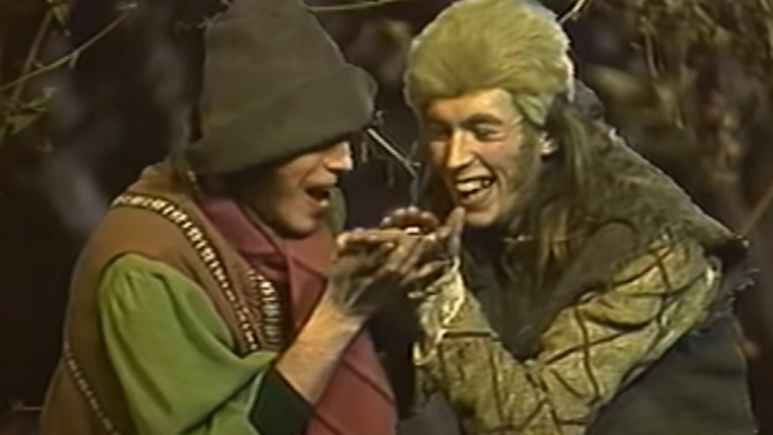 A Russian version of Lord of the Rings from 30 years ago has surfaced online. Photo: YouTube

A mysterious user has uploaded a Soviet language version of The Lord of the Rings to the internet, delighting Russian fans of JRR Tolkien’s classic.

“There should be a statue to the person who found and digitised this,” one YouTube commenter declared on the video.

It transpires the made-for-TV edition was filmed some 30 years ago, and as one commenter explained, filmed as a live theatre production – a popular (and obviously cost-effective) model at the time.

Called Khraniteli in Russian, its storyline features Tom Bombadil, who was controversially left out of Peter Jackson’s adaptation.

(Bombadil features only for a short few chapters in the Fellowship of the Ring, but he’s far from inconsequential.)

Other highlights include the creature Gollum, a green-material adorned actor with a painted face – a far cry from the Andy Serkis motion-capture rendition – and the way they’ve tried to represent Frodo’s notorious Hobbit feet.

(They’ve done a good job of recreating Aragorn, however.)

It’s believed to be the only Lord of the Rings adaptation to be made in Russian language.