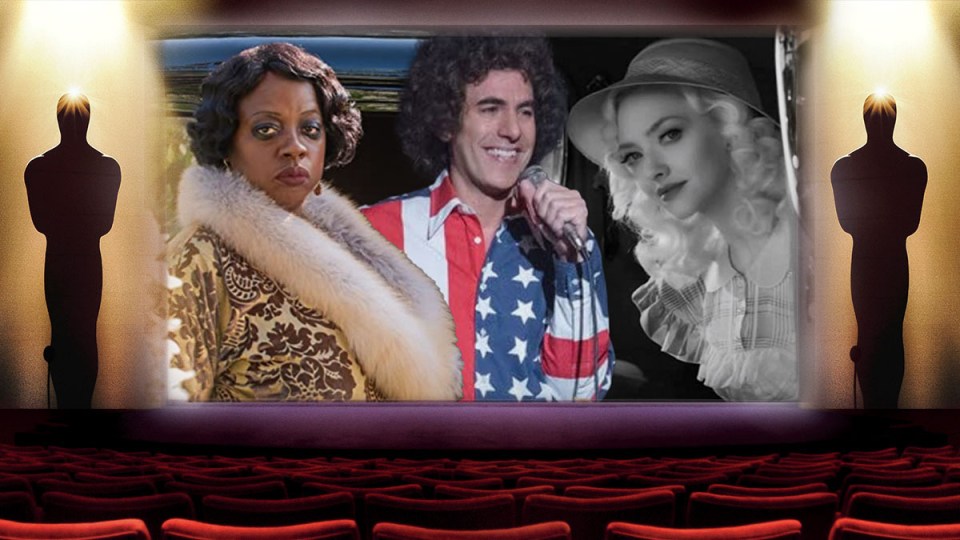 Here is where to watch the year's top films. Photo: IMDB/TND

The “most diverse” Oscar nominees are here, and movie lovers are desperately searching their streaming platforms for this year’s standouts.

The good news is, we’ve done the work for you.

Due to the steep decline of theatres and cinemas amid the coronavirus pandemic, studios are increasingly ditching the silver screen for the laptop screen.

The bad news is, some of the best picture nominees have only just hit cinemas, so you might not be able to (legally) stream them all right away – but there are still plenty to choose from.

David Fincher’s film follows the development of the screenplay for Citizen Kane, and is based on a screenplay written by his late father, Jack Fincher.

Sound of Metal made history when its lead Riz Ahmed became the first Muslim to receive a best actor nod.

The film follows a hard-core heavy metal rocker (Ahmed) whose life is thrown into disarray when he loses his hearing.

The Trial of the Chicago 7 – Netflix

Based on the seven defendants charged for their roles in the anti-war and countercultural protests during the 1968 Democratic National Convention, the film explores conspiracy, racism and riots.

Sacha Baron Cohen is a standout as flower power leader Abbie Hoffman – a performance that also earned him a best supporting actor nomination.

Ma Rainey has been the talk of the town for months, particularly since it stars the late Chadwick Boseman, who earned a posthumous Golden Globe for his outstanding performance as Levee Green.

Boseman has also earned a posthumous nomination for best actor, adding to the film’s other four nods.

Set against rising racial tensions in Chicago in 1927, trailblazing blues singer Ma Rainey and her band gather at a local recording studio.

Borat Subsequent Moviefilm has received nods for best actress in a supporting role (Maria Bakalova), and best writing (adapted screenplay), and is on Amazon Prime.

Crip Camp is up for best documentary, and is available on Netflix.

Da 5 Bloods is nominated for best music (original score) and is on Netflix.

Eurovision Song Contest: The Story of Fire Saga received recognition for best music (original score) and is on Netflix.

Pieces of a Woman is up for best actor in a leading role (Vanessa Kirby) and is available on Netflix.

Hillbilly Elegy is nominated for best actress in a supporting role (Glenn Close) and best make-up and hairstyling, and is currently on Netflix.

The Life Ahead (La Vita Davanti a Se) is in the running for best music (original score) and is on Netflix.

The Midnight Sky received a nod for its visual effects and is currently on Netflix.

Mulan is also competing for best visual effects, and is on Disney Plus.

My Octopus Teacher is up for best documentary, and can also be found on Netflix.

The One and Only Ivan is also in the running for best visual effects and is on Disney Plus.

One Night In Miami… has been nominated for best actor in a supporting role (Leslie Odom Jr) and best adapted screenplay, and you can catch it on Amazon Prime.

Onward is nominated for animated feature, and is on Disney Plus.

Over the Moon is also competing for animated feature, and is on Netflix.

A Shaun the Sheep Movie: Farmageddon is also up for best animated feature and is available on Binge.

Soul has received recognition for best sound, best animated feature and best original score and is on Disney Plus.

Time joins the battle for best documentary and is on Amazon Prime.

The White Tiger has been nominated for best writing (adapted screenplay) and is on Netflix.

Wolfwalkers is also in the running for animated feature, and is on AppleTV.

Cinephiles rejoice: Where to watch this year’s Oscar-nominated movies