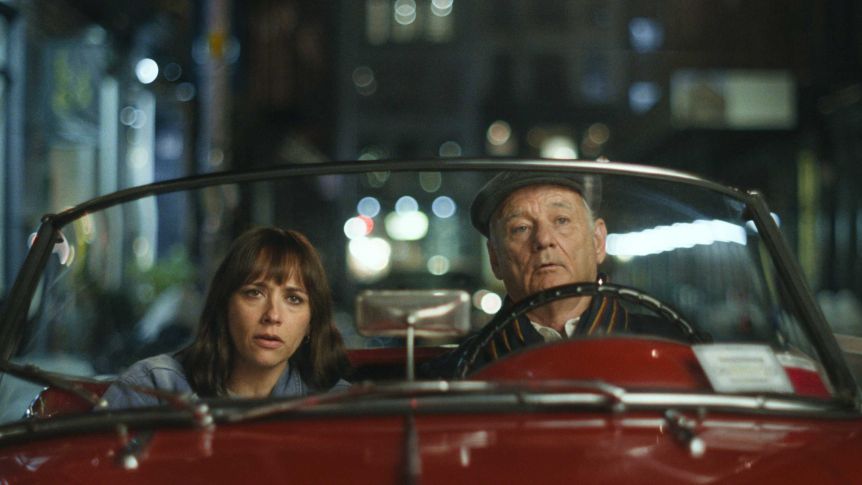 With the release of Lost in Translation in 2003, Sofia Coppola solidified the directorial promise of her debut feature, The Virgin Suicides – and so strode out from the terribly long shadow cast by her famous father, the great Francis Ford Coppola.

The budding auteur had courted Bill Murray for the better part of a year before he agreed to take on the role of ageing movie star Bob Harris (which she’d written specifically for him) in her gauzily melancholic, Tokyo-set romance, opposite a young Scarlett Johansson.

Coppola’s latest film sees her once again reunited with the delightfully deadpan actor – for the third time, if you include the 2015 Netflix special A Very Murray Christmas (although frankly, I’d rather not).

Given the rejuvenating effect Murray’s Lost in Translation performance had on his career, imbuing his comedic persona with new ruminative, rueful depths, he can hardly have required much cajoling this time around.

Another intergenerational two-hander – if decidedly lighter in tone, and lesser in its magic, sadly – On the Rocks pairs Murray with Rashida Jones (The Office; Parks and Recreation) as an upper-crust father and daughter on an amateur private-eye kick across Manhattan, with the city’s ritziest joints serving as the backdrop for their investigation of a could-be unfaithful husband (Marlon Wayans, stepping away from his gross-out comedy shtick).

For all the allure of the venues the pair patronise, bathed in a honied glow by cinematographer Phillipe Le Sourd (back after working on 2017’s The Beguiled), they can’t dazzle as Coppola’s vision of Versailles did, or Paris Hilton’s house – perhaps one of the reasons this film comes off feeling rather slight in effect.

Murray plays Felix, a character thousands of miles away from Bob Harris in his hotel suite high above Tokyo, midlife crisis quietly percolating. Felix is a flirtatious bon vivant, handily namechecking maitre d and waitstaff as he breezes through his exclusive haunts, Jones’ Laura in tow.

His strong attachment to her is announced in the audio flashback that opens the film: “Don’t give your heart to any boys. You’re mine,” he warns. “Until you get married. Then you’re still mine.”

Laura is still something of a daddy’s girl at heart – and On the Rocks is ultimately about her learning to “stand in her own power” (to borrow a phrase from the self-involved mom who talks off Laura’s ear when they drop their kids at school, played by Jenny Slate – her appearances welcome bursts of comedic energy in an otherwise strangely flat production).

It’s an arc that has echoes of Coppola’s own (particularly insofar as she sets the story on her home turf), and that of her leading lady too: Jones, who also cropped up in A Very Murray Christmas, is the daughter of Quincy Jones.

A more grounded screen presence than Johansson or frequent Coppola collaborator Kirsten Dunst, she’s a fitting analogue for the filmmaker as she grapples, through fiction, with being in a more grounded phase of her life – established in her field, and married with children – having grown out of the existential listlessness that permeates Lost in Translation.

Laura, whose habitual pairing of a Chanel purse with a Strand Bookstore tote is emblematic of the kind of moneyed cool Coppola’s protagonists tend to evince, is a writer who (sigh) has it all, from the spacious Soho loft to the happy family to the book deal – even if she feels the demands of motherhood beginning to sap her creative juices.

But the level-headed heroine is unsettled by the discovery of a woman’s toiletries bag in hubby Dean’s suitcase upon his return from a business trip (one of many, it would seem).

And then again, by an encounter with his company’s new accounts manager, a bubbly young thing in eye-catching leopard print (Jessica Henwick), at a work party where Dean greets his wife with a chummy fist bump.

Her suspicions are stoked by her dear old dad, a veritable font of gender-essentialist wisdom.

“Dean’s not like you,” he informs Laura over the first of many rounds of stiff drinks sipped throughout the film. “It’s nature. Men are forced to fight to dominate, and impregnate all females.”

“Can you ever just act normal around any woman?” counters Laura, forever in a state of mild exasperation in his company – though she’s still susceptible to his charms, and sufficiently unsure of her grasp on male psychology to keep turning to him for advice.

When Felix insists on tracking Dean’s movements, however, it seems less out of concern than a selfish interest in her potential marital crisis as fodder for a whimsical father-daughter adventure.

And he commits to the bit in a manner only someone with too much time and money could – at one point turning up to a stakeout in a vintage red convertible, armed with a cooler bag full of caviar and a bottle of Krug ’98 (did he come straight from the set of a Wes Anderson film?); later whisking Laura off to Mexico on a short-notice surveillance mission.

“I’ll pick you up on Friday and we’ll have some fun,” he promises her, perversely, in the course of his scheming. If only the film followed through.

Despite the charisma of its leads, there’s something undercooked, almost half-hearted, about On the Rocks, which plays out in fits and starts without ever quite attaining the snappiness of the old Hollywood caper films Coppola was inspired by, or the air of reckless eccentricity that fuelled Maren Ade’s lauded 2016 father-daughter dramedy Toni Erdmann.

The conclusion, likewise, feels too neat and too cloying, coming from a filmmaker who’s always preferred her endings either loose (as in Lost in Translation) or sticky (as in The Virgin Suicides or Marie Antoinette).

Dealing with noticeably more dialogue here than is typical of her work, Coppola leaves lines hanging too long in the air; much of it seems unnecessary, or awkward.

One longs instead for some of the mystery of the inaudible parting words Murray once whispered into Johansson’s ear.