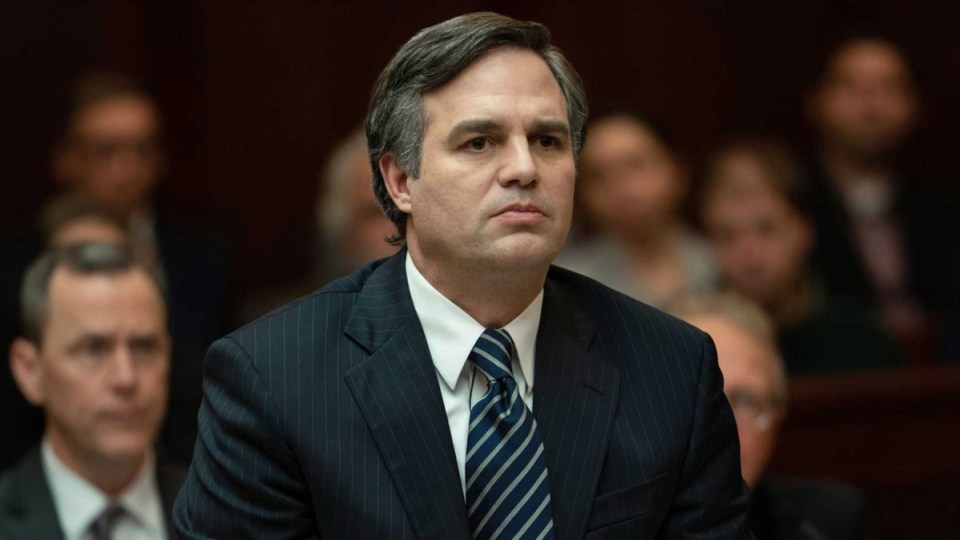 Mark Ruffalo has viewers second-guessing everything they know in Dark Waters, out now. Photo: Participant/Killer Films

Money-hungry corporates doing bad things and then trying to cover them up has always made for great drama – because it is so darned believable.

Throw in a passionate yet powerless ‘little guy’ fighting for justice, a couple of idealistic lawyers and some corrupt and complicit government officials and you’ve got a recipe for cinematic success.

Dark Waters, starring Mark Ruffalo and Anne Hathaway, is the latest in a long line of conspiracy cover-up thrillers with an environmental bent.

It’s based on the true story of lawyer Rob Bilott, who upended his lucrative career defending chemical companies by taking the mother of all of them, DuPont, head on for polluting the water supply of a small farming community in Parkersburg, West Virginia with poisonous cow-killing toxins.

Before you see it on the big screen (it’s out now), here are some must-see films in the same vein you can binge to get you in the mood.

Julia Roberts blitzed the screens in the true story of Erin Brockovich, the potty-mouthed, unemployed single mum of three who hustles a job with her lawyer and uncovers a health crisis in the town of Hinkley.

The local Pacific Gas and Electric Company has been flooding the community’s water supply with cancer-causing toxin hexavalent chromium for decades and secretly trying to buy land from affected families.

Enter the brash Brockovich who uses her street smarts to help win a landslide legal case.

Another Julia Roberts classic, The Pelican Brief centres on Darby Shaw, a promising law student who writes a paper with a theory on who assassinated two high court judges – and why.

Think oil companies, pelicans and, of course, truck-tonnes of money.

Based on the John Grisham novel and also starring Denzel Washington as journalist Gray Grantham as well as the normally hilarious Stanley Tucci as cold-blooded assassin Khamel, this action thriller has it all – corrupt lawyers, murder, car bombs and an expertly weilded conspiracy.

Before TV series Chernobyl there was Silkwood, a film based on the true story of nuclear power plant worker and union activist Karen Silkwood, who was allegedly deliberately exposed to radiation in order to silence her about standards at the plant.

Silkwood gathers evidence and is on her way to meet a reporter when she is killed in a ‘car accident’.

With a star-studded cast including Meryl Streep, Kurt Russell and Cher, this moving yet suspenseful drama garnered five Oscar nominations.

John Grisham really knows how to milk the good-guy-bad-guy genre.

This Tom Cruise classic (made back when he was still cool) follows the career of bright, newly-minted lawyer Mitch McDeere, who gets a very generous out-of-the-box job offer from Memphis firm Bendini, Lambert & Locke.

Too good to be true? Pretty much.

Lawyers at the firm work for The Mob – and you can never leave, unless it’s by way of an unfortunate scuba diving accident (if you get my drift).

Throw in the unbeatable talents of co-stars Gene Hackman, Holly Hunter and Jeanne Triplehorn and you’ve got a rip-roaring thriller as McDeere fights to expose the bad guys while staying alive.

A pharmaceutical company performing some rather naughty medical experiments on kids in Africa is the core premise of this beautifully shot film by Brazilian director Fernando Meirelles.

It’s told through the eyes of genteel British diplomat and green thumb (hence the title) Justin Quayle (Ralph Fiennes), who goes on a mission to unearth the truth behind the murder of his activist wife Tessa (Rachel Weisz).

Retracing Tessa’s steps, Quayle discovers the lies and the cover ups (a great relief for the audience).

Based loosely on a true story, The Constant Gardener is proof that not all films of this flavour end with the bad guys being hauled off to prison.

Smoking is bad for you, OK?

That’s the message Russell Crowe was trying to tell the world in The Insider, based on the true story of scientist Jeffrey Wigand who was employed by tobacco firm Brown and Williamson and who knew that cigarettes were addictive and deadly.

The thing is, his employers, and other major tobacco firms, knew it too – but they certainly didn’t need him to be blabbing about it.

The Insider plays out this cat-and-mouse game as Wigand turns whistleblower with the help of 60 Minutes producer Lowell Bergman (Al Pacino), whose media organisation then also tries to stifle the story.

Got a soft spot for conspiracy movies? These are the best ones