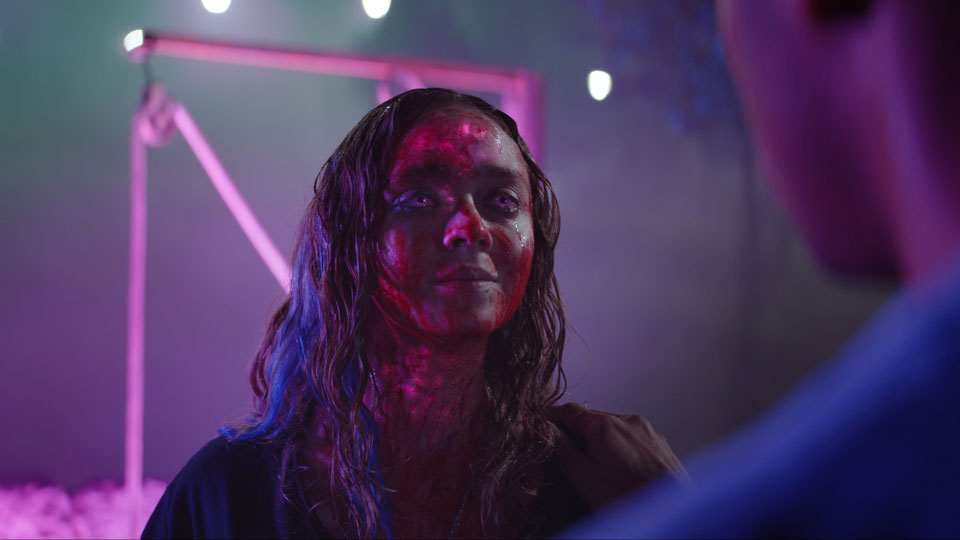 Got a craving for thoroughly freaky horror movies that are instantly meme-able?

This is your lucky week, with new Batman Robert Pattinson’s The Lighthouse going head to head with a characteristically unhinged Nic Cage offering.

Pattinson appears in the black-and-white creeper alongside the gloriously craggy Willem Dafoe.

It’s the latest from writer/director Robert Eggers, who wowed audiences worldwide in 2015 with his terrifying Oscar-nominated feature debut The Witch.

That black magic hit was set in 1630s New England and saw a young family banished from their village and trying to make a go of farming solo.

Bedevilled with spooky goings-on in the woods nearby, oldest daughter Thomasin (Anya Taylor-Joy) may or may not be under the influence of Satan.

The Washington Post’s Ann Hornaday announced Eggers as “a filmmaker who, despite his newcomer status, seems to have arrived in the full throes of maturity,” comparing The Witch to seminal genre classics The Omen, Rosemary’s Baby and The Exorcist.

The Lighthouse, co-written with Eggers’ brother Max and set in roughly the same period, builds on The Witch’s malevolent menace.

Here he plays Ephraim, a young American drifter with a sketchy back story.

The sort for whom spending a month on a remote island with only one other man in close company is an appealing escape.

Dafoe is brilliant as Thomas, a crusty old sea dog with a short temper who likes a drink and has little time for his teetotal subordinate.

He certainly won’t allow the younger man to tend to the lighthouse’s light.

Is it the mythical sea beast the Kraken, given Ephraim dreams of the siren call of a beautiful mermaid (Valeriia Karaman)?

He also has a furious temper at the island’s swirling seagulls, said to be inhabited by the spirits of drowned seamen.

As a storm rolls in, all hell breaks loose, pitting Thomas and Ephraim against one another.

The final shot is a jaw-dropper that will have you chewing over the entrails of this cracking horror movie for years to come.

It’s so good Eggers took home the critic-bestowed FIPRESCI Prize from the Cannes Film Festival for The Lighthouse last year.

Then there’s gloriously trippy Color Out of Space.

While not quite in the same league, it continues Cage’s latter-day career lean into bonkers, B-movie fare as alpaca farmer Nathan.

If The Lighthouse went wild with unruly gulls and gropey tentacles, Color Out of Space will never let you look at the woolly wonders of alpacas in quite the same way ever again.

Directed by cult fave South African filmmaker Richard Stanley –  infamously fired from the set of Val Kilmer’s The Island of Dr Moreau in 1996 – it’s a hoot bathed in pink and purple hues.

Pretty soon the space rock is mutating everything around the farm, from the flora and fauna to the family itself, as Nathan tries to reconnect with wife Theresa (The Rook star Joely Richardson) after her cancer surgery.

With a hint of Stranger Things, the kids (Big Eyes star Madeleine Arthur, The OA’s Brendan Meyer and The Haunting of Hill House’s Julian Hilliard) team up with American Gothic’s Elliot Knight to try and save the day.

Good luck with that.

Just as in Cage’s previous instant cult hit Mandy, no one’s getting out of this increasingly unhinged treat unscathed, least of all the alpacas.

Destined to be shown back to back in late-night double bills, The Lighthouse and Color Out of Space are a demonically good double dip, so treat yourself and see both.