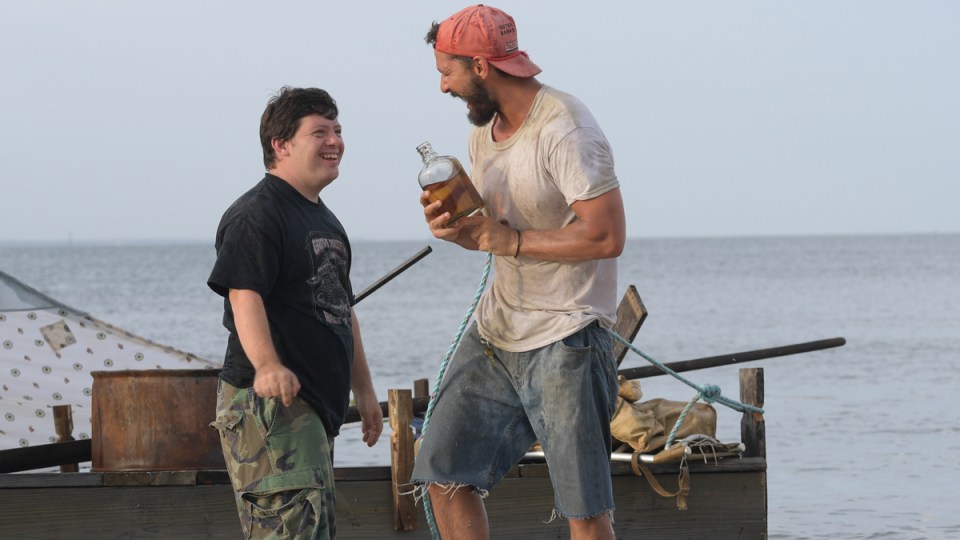 Shia LaBeouf stars with Zack Gottsagen in one of the sweetest films you'll see this year. Photo: Roadside Attractions/Armory Films

Meme-king Shia LaBeouf, known for his kooky online persona as much as his movie career, has come a long way since Transformers.

By his own account, he landed the role of creepy Jerôme in controversial director Lars von Trier’s Nymphomaniac by sending the producers a sex tape co-starring then-partner Karolyn Pho.

But it’s The Peanut Butter Falcon, the debut feature from writer/directors Tyler Nilson and Michael Schwartz, that draws out his best performance yet as roguish wanderer Tyler.

A drifter making ends meet by sneakily fishing without a permit, his weary shoulders say as much as his dirt-stained clothes.

But good as he is as a ruffled, lonesome man carrying a heavy emotional burden, he’s the second best thing about this buddy-up road movie.

Cooped up in an old folks’ home, while he enjoys a great relationship with well-meaning case worker Eleanor (an also brilliant Dakota Johnson) they’re both aware it’s far from an ideal situation for him.

With one attempt to break out at lunchtime flummoxed, it is not long before he oils up and squeezes through the new bars installed on his window.

Heading for Salt Water’s wrestling school, he stumbles across an initially stand-offish Tyler, who has no hope of resisting Zak’s offbeat humour and unique way of looking at the world – a spiritual tonic.

Pretty soon they set sail on a raft together.

Leaning heavily into the Mark Twain vibes, Nilson and Schwartz namecheck the great American author just in case you miss it.

Although the film mainlines The Adventures of Tom Sawyer author’s gung-ho spirit and snappy humour, The Peanut Butter Falcon has its own wild heart.

A feel-good film with soul, it’s far from forgettable fluff and has a lot to say about how we look at and live with people living with disability, a community sorely underrepresented by mainstream filmmakers.

Nilson and Schwartz met Gottsagen when volunteering for a charity and spotted real talent.

It was easy to grant Gottsagen’s wish he could star in a movie one day, because the lad has star power in spades.

Knowing the backstory makes a sublime moment – when Zak bestows his birthday wishes on a struggling Tyler – all the more beautiful.

Johnson, too, has left behind a dubious breakthrough via the Fifty Shades of Grey movies to be pitch perfect here as an idealist struggling to unshackle herself from the rules and regulations of her gig.

When she finally tracks down the boys, her chemistry with LaBeouf is off the charts. The tenderness both stars show towards Gottsagen is equally authentic.

Cameos from Church, Bruce Dern and Jon Bernthal do not miss the mark.

Staying just the right side of too sweet while not shying from thornier issues, give yourself a great big bear hug by treating yourself to this week’s most heart-warming movie.

The Peanut Butter Falcon is in cinemas from January 30

The Peanut Butter Falcon: The sweetest film you’ll see this year has a lot to say