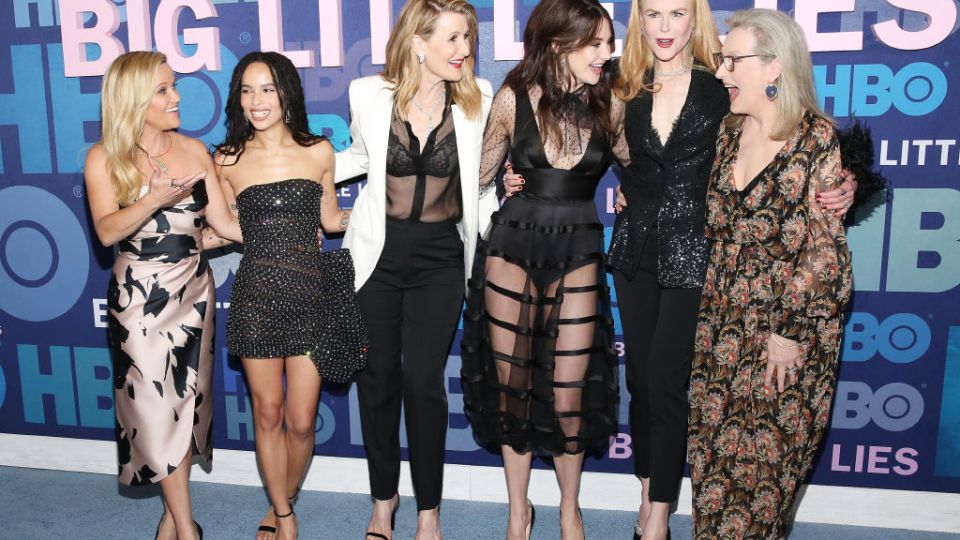 With Big Little Lies season two over, Zoe Kravitz (second from left) is on to a new big role. Photo: Getty

Just when you thought Zoe Kravitz had reached peak cool, the actor-model-musician has been catapulted into one of the most sought-after film roles in Hollywood.

On Monday, the Big Little Lies star was confirmed as the lead to play the sassy nemesis and occasional love interest to Robert Pattinson’s Batman in the remake of the popular DC comic.

Following in the paw prints of Michelle Pfeiffer, Halle Berry and Anne Hathaway, Kravitz will reinvent the role of Selina Kyle, also known as Catwoman, alongside the Twilight heart-throb.

Confirmation of the female lead in The Batman sent fans into a spin on Monday.

And the celebrity’s eagle-eyed followers were quick to point out Kravitz may have been trying to give them a hint all the way back in September with a cheeky Instagram post (see below).

But a Warner Bros. announcement that Kravitz would play “Selina Kyle” – with no reference to Catwoman – has fuelled the mystery over whether she will actually don the catsuit.

She certainly has the experience to take on the role of the smart and seductive thief, having already been the voice of Catwoman in The Lego Batman Movie in 2017.

Production of The Batman is due to begin in the UK next year, but comic fans will have to wait until mid-2021 to see the end result.

In the meantime, expect a cast list featuring a number of other big names to be unveiled.

There are already reports out of the US that Jonah Hill is in talks to play a villain, possibly The Riddler or The Penguin.

Details of the plot have remained tightly under wraps but there’s speculation the storyline may bear a resemblance to the 2004 cartoon of the same name.

In that series, also titled The Batman, the focus was on a young Bruce Wayne as his crime-fighting career in a corruption-plagued Gotham City was first taking flight.

The Big Little Lies star ready to take on Catwoman