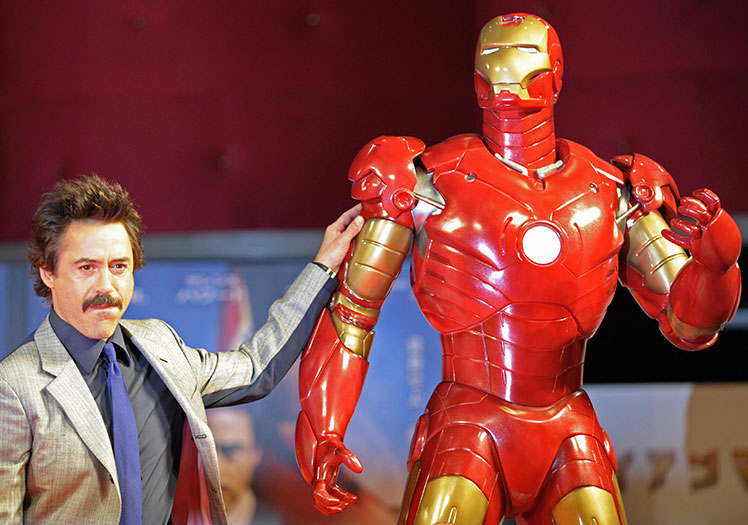 The first role of Robert Downey Jr post-Marvel era could not be more different from his action-packed Iron Man persona.

Instead of fighting pan-galactic threats with a band of technologically enhanced and super-powered Avengers, the 54-year-old Downey Jr will be talking to furry animals in the latest incarnation of the much-loved children’s character, Dr Dolittle.

Universal Pictures released the first trailer for Dolittle on Monday (Australian time) ahead of a January release.

“We have no choice but to embark on this perilous journey,” Downey Jr  says in the clip as he embarks on an adventure to save the young Queen of England.

With a jazzed-up version of Louis Armstrong’s What a Wonderful World playing in the background, Downey Jr’s titular Dr Dolittle negotiates a host of perilous dangers, all the while backed up by his animal friends.

And Downey Jr doesn’t do all the talking, with the computer-generated animal cast boasting the voices of Ralph Fiennes as a tiger, Selena Gomez as a giraffe, Avengers co-star Tom Holland as a dog, John Cena as a polar bear, Marion Cotillard as a fox, Octavia Spencer as a duck, and Emma Thompson as Dolittle’s parrot companion, Polynesia.

Downey Jr is executive producer of the new offering, along with Sarah Bradshaw and Jon Mone, while Traffic screenwriter and Gold director Stephen Gaghan writes and directs the film.

Dolittle is the fourth cinematic dramatisation of the 1920s children books, which started in the 1967 Dr Dolittle, with Rex Harrison in the title role, and Eddie Murphy’s modernised offerings in 1998 and 2001.