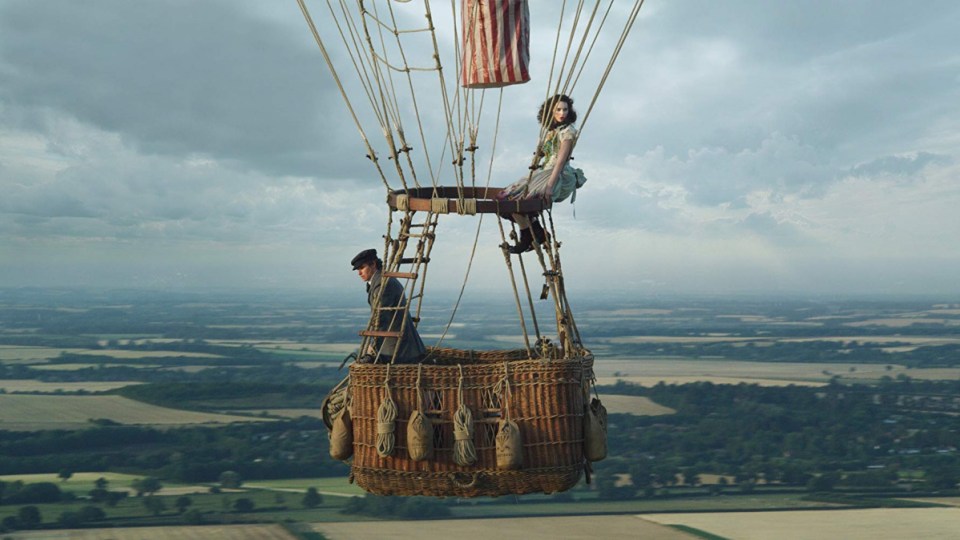 Eddie Redmayne and Felicity Jones in The Aeronauts. Photo: IMDB

Eddie Redmayne has spoken of the “total carnage” of a hot air balloon crash that injured his co-star Felicity Jones while they were making their latest film, The Aeronauts.

The duo previously starred together in The Theory Of Everything – Jones played Stephen Hawking’s first wife, Jane, while Redmayne won an Oscar for his portrayal of the professor.

In 2014, they reunited to make The Aeronauts, in which Jones plays 19th-century pilot Amelia Wren, who is asked by meteorologist James Glaisher (Redmayne) to fly a balloon to great heights to discover more about the weather.

But the pair have revealed how it could all have gone terribly wrong with a frightening crash on the first day of filming. It was “a pretty hairy experience, I have to say”, Jones said.

“We were just up in the sky and it was pretty scary.”

Arriving at the movie’s premiere at the BFI London Film Festival on Monday night (British time), Redmayne said: “The crash was intense, I’m not going to lie.

“The amazing thing about ballooning is you go from total peace – particularly gas air ballooning in which there is no noise, it’s complete silence and you’re basically just sitting in a log basket – to total carnage within a split second,” he said.

“We came thundering down and crashed into these trees and then the basket crunched to the ground and we were flung back.

Redmayne said Jones hit her head on a campaign chest in the balloon’s basket as they landed – “and there was this ominous silence”.

“But fortunately she lived to tell the tale and then, going into the rest of the film, we had a sense of the real danger, no acting required. Genuine natural fear,” he said.

Jones said filming Star Wars movie Rogue One directly before The Aeronauts left her better prepared for the physical challenges of her balloonist role.

“I … knew what I was getting myself into. But you just have to throw yourself into it, that is what I’ve realised,” she said.

“You sort of start off thinking ‘Oh I will just do every other shot’ and by the end you’re just completely gung ho and trying everything out.”

Among the physical challenges Jones faced during filming was scaling the side of the balloon.

“It was enormous, one of the most physically challenging things I’ve ever done and by the end I was completely covered in bruises and battered and worn out,” she said.

“It was a bit like shooting The Revenant or something – we wanted an absolute naturalism and with that comes at a great physical cost.”