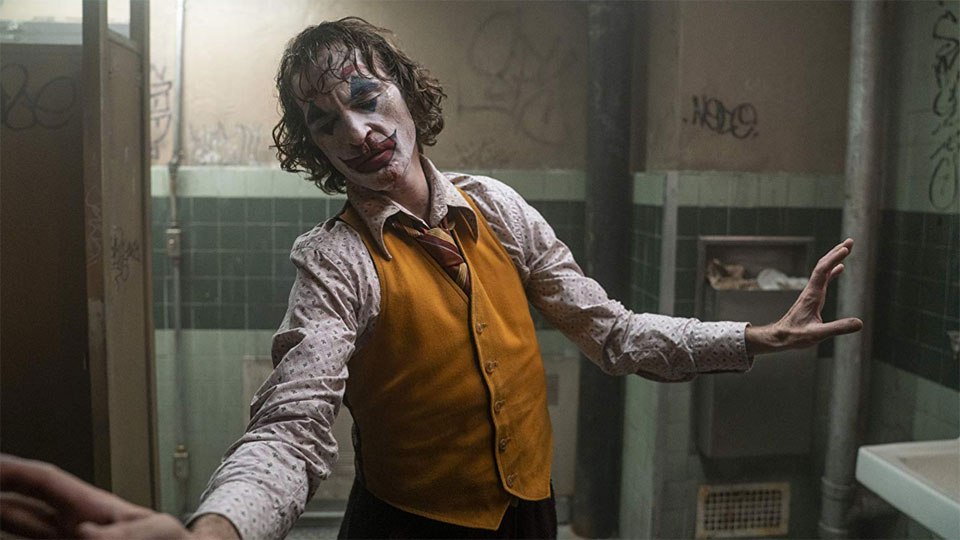 Todd Phillips’ Joker is a contentious film which has, much like its namesake, created controversy and moral panic.

The unexpected recipient of the prized Golden Lion award at the 2019 Venice Film Festival, it’s garnered exceptional praise but has also been savaged for its glorification of a violent, white man.

Since the release of the first teaser trailer, there has been widespread apprehension Phillips’ ultra-violent take on a Joker origin story would inspire copycat attacks.

The concern was so sharply felt that many cinemas have banned movie-goers from wearing clown masks or similar costuming at premiere screenings.

These criticisms are more than warranted in today’s global climate.

Fifty one people died in the Christchurch mosque shootings and there have been 334 mass shootings in the US already in 2019, predominantly by white male shooters.

In 2012, the Batman franchise was linked to one of these attacks, when a man said to have been dressed as the Joker – this was later refuted but it’s a rumour that won’t go away – fatally opened fire at a screening of Christopher Nolan’s The Dark Knight Rises in Colorado.

Much of the protestations towards Phillips’ film (including a letter from the aggrieved family of the victims killed in the Aurora Theatre shooting) are anchored to the contention that the film glamorises an unhinged and violent man.

While these concerns are understandable, I think there is an important distinction to be made between the glorification of a difficult, mentally unwell character and exploring these complexities in a meaningful and nuanced way.

Thankfully (and surprisingly), Phillips – who brought us frat boy fantasy Old School (2003) and all three Hangover films delivers a film that falls, mainly, into the latter.

Joker is a curious creation. It’s positioned firmly in the broader Batman universe and offers an origin story that connects neatly (both in an aesthetic and narrative sense) with Nolan’s Batman Begins (2005).

But it owes a lot more to Martin Scorsese’s King of Comedy (1983) – even borrowing Robert De Niro for the role of TV personality Murray Franklin and directly copying the upcoming wanna-be comedian and talk show host dynamic made famous by De Niro and Jerry Lewis.

Whereas the bleak reality of De Niro’s Rupert Pupkin isn’t fully revealed until the final act of Scorsese’s classic, Phillip’s Joker places the drudgery and difficulty of its titular character’s everyday existence centre stage from the first scene.

Arthur Fleck/Joker (played by Joaquin Phoenix) is a downtrodden and disconnected man living on a minimum wage and caring for his mother (Frances Conroy) in a small apartment.

Arthur has a neurological disorder which causes him to burst into laughter regardless of context: a condition which is often misinterpreted, sometimes in violent ways, by the public.

These small but significant incidents (quite skilfully conveyed through an exchange of looks) suggest a growing lack of empathy and compassion in Gotham – something that is only further compounded when public funding is cut to the social services that Arthur uses.

Phoenix is a masterful performer who gives a complex emotional interiority to the role.

Much of this is communicated through his bodily comportment and gestures. His restless gait and sudden movements capture something of the chaotic, punk-menace that Heath Ledger conjured in The Dark Knight (2008).

Phoenix lost considerable weight for the role and contorts his emaciated body with dance movements that jarringly reveal his bones through pale and bruised skin.

There is also a tenderness to these dance interludes that are wonderfully coupled with an original score by Hildur Gudnadottir.

In less capable hands, this film could very easily have devolved into an insipid defence of a dangerous and unlikable man.

It’s important to note that Joaquin’s Fleck is not a heroic figure but rather a cautionary proxy for broader social ills.

His increasingly erratic behaviour is an unexpected catalyst for a larger movement of radical class activism but he is not himself the creator.

To credit Joker as a possible idol of incels is to conflate a nuanced portrayal of disconnection with the endorsement and justification of ultra-violence.

While Joker of course does not exist in a vacuum, I would argue that the overarching narrative of social welfare cuts, mental health discrimination, and economic inequality ultimately saves Phillips’ film from becoming reduced to a vehicle of incel-fantasy.