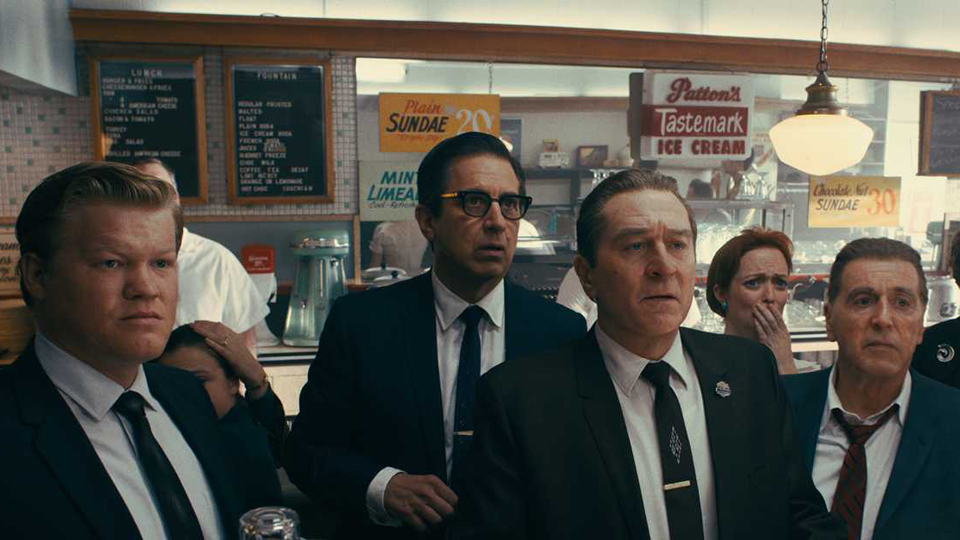 Within hours of Martin Scorsese’s The Irishman being screened at the New York Film Festival, it landed a rare ‘fresh’ rating of 100 per cent on Rotten Tomatoes.

The picky audience was in raptures, and critics hailed the 210-minute – that’s not a typo – Mob drama as a masterpiece headed straight for awards contention, if not outright glory.

But while the rave reviews would have delighted Scorsese and his stars, they pose an unusual problem for distributor Netflix.

The Irishman is too good for a streaming platform is how Variety put it.

Before we unpack that, take in some of the accolades so you know what we’re dealing with.

And yes, even the mocked de-aging technology used on stars Robert De Niro, Al Pacino and Joe Pesci was a winner.

EW called the movie a “meditation on mortality”, Time said it had the power to change how people feel, and to the New York Post it had – along with its share of double taps to the head – “knock-down, drag-out-into-the-river” humour.

“The Irishman is Martin Scorsese’s best crime movie since Goodfellas,” said Indiewire, claiming the movie “zips along at such a satisfying clip that its flaws rarely amount to more than mild speed bumps”.

To the BBC, the “deep, resonant” Irishman “offers a sharp look at how corruption in politics and business makes its way into US life”.

Said The New York Times: “This is Scorsese’s least sentimental picture of mob life, and for that reason his most poignant.”

And on it went, with every publication and entertainment site falling over itself to serve up compliments to The Irishman and its director.

Corks popped into the wee hours at the midnight after-party at exclusive Tavern on the Green, and The Irishman rocketed Netflix into the same place it was this time last year when Alfonso Cuaron’s Roma guaranteed it a seat at the awards table.

But amid the celebrations, Variety’s Owen Gleiberman – who called the $160 million movie a “coldly enthralling knockout” – sparked a conversation about the downside of the plus side: Branding.

It’s what awards season is all about, but Netflix’s job in promoting it isn’t to fill up cinemas but to sell subscriptions from audiences across the world who want to see it after its limited US theatre run.

“The Irishman is an incredibly expensive billboard, a way of upping subscriptions by announcing to the world: This is the streaming club you want to belong to,” wrote Gleiberman.

The catch 22? Netflix’s pride in The Irishman and promotion of it will tell filmmakers that they should be making their movies for streaming platforms.

But many critics at September 27’s premiere said the movie is so good that a vast global audience is going to want to see it on the big screen, not at home.

“The Irishman was made, by one of the key film virtuosos of the last half century, as a work of cinema to be shared in the secular temple that the movie theatre still is,” is how Variety put it.

“Scorsese has made a movie powerful enough to have achieved that buzzy, elusive, you-just-gotta-see-it factor.

“Meaning: You gotta see it in a theatre. It speaks to what cinema is.”

For months, Scorsese has plugged Netflix by saying no other studio agreed to make The Irishman, and he stayed on message at the premiere.

Along with his stars Robert De Niro and Al Pacino, he tried for a reported 12 years to drum up money and interest.

“We finally found people who [would] back it and that was Netflix,” Scorsese said as he introduced the film.

“No one would give us what we needed to make the film, and I don’t think much interest really.”

The Irishman comes to Netflix on November 27.

The Irishman is a big problem for Netflix: It’s too good