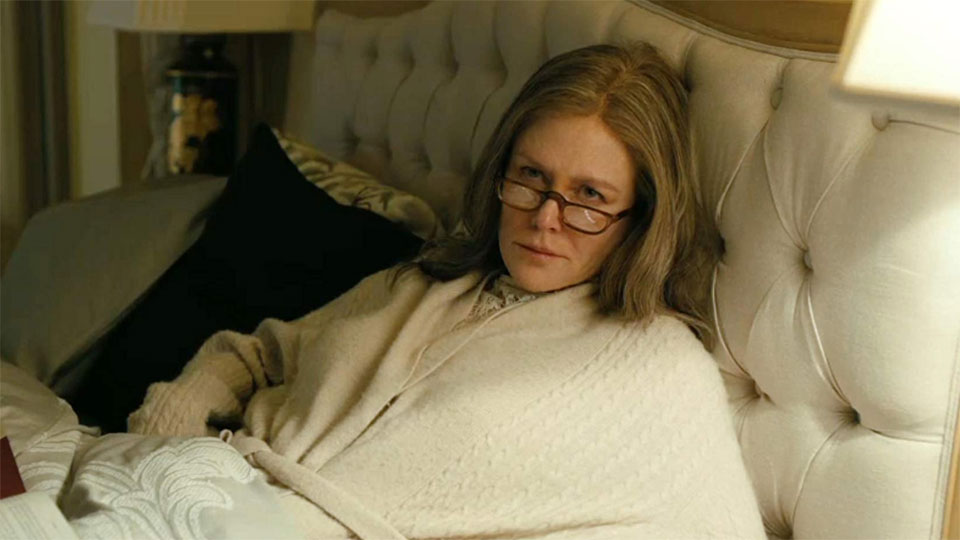 Nicole Kidman’s 2020 Oscars hopes have seemingly been blown up by the scathing reviews and disastrous box office for her new movie The Goldfinch.

Based on Donna Tartt’s 2013 Pulitzer Prize winner, on paper the film was a pre-fab Oscars vehicle: High-toned and literary, gorgeous looking, not a superhero franchise and stacked with stars including Kidman, Ansel Elgort, Sarah Paulson, Finn Wolfhard and Luke Wilson.

But its Toronto Film Festival premiere on September 8 drew a Rotten Tomatoes critics’ rating of just 25 per cent, which hardly motivated anyone to get off their couch to pay to see it.

Reviews slammed the R-rated, 2.5-hour film as “a gigantic waste of time”, “disappointing” and “bland”.

Time called it a “lesson in what not to do in an adaptation” and Variety said it is a “a morose and downbeat movie, too lost in the maze of its designer seriousness”.

That meant The Goldfinch, directed by Brooklyn’s John Crowley, bombed at the US box office last weekend, taking only $3.9 million on debut in 2542 theatres.

It may lose up to $73 million, according to multiple industry reports.

By comparison, Jennifer Lopez and Constance Wu’s Hustlers beat expectations on its opening weekend in America with $48.5 million.

The Goldfinch’s result was “one of the worst showings of all time” for a movie on major release, according to the Hollywood Reporter.

Box Office Mojo was more precise, saying it was the sixth-worst opening for any film debuting on more than 2500 screens: “The Goldfinch flies into a wall”.

It was also one of the worst showings of Kidman’s career, which has been dotted with Oscar nominations and one win, and recent kudos for her role as a domestic violence victim in HBO’s Big Little Lies.

Until now, the Australian’s low point has been 2006 Fur: An Imaginary Portrait of Diane Arbus. That grossed just $321,000 according to film and TV site IMDb, compared to her biggest box office hit, 2018’s Aquaman ($489 million.)

So, what went wrong?

The movie is based on Tartt’s sweeping novel about a teenage boy who loses his mother in a terrorist attack on a museum but walks away from the disaster with something that haunts and uplifts him for decades.

Despite challenges in adapting it to the big screen including the scope of the story and its time shifting, the 771-page novel was seen as an “attractive prestige proposition” when it was first shopped to studios in late 2016, said the Hollywood Reporter.

“I think the audience wasn’t interested in seeing this literary work on screen,” president of domestic distribution at Warner Bros, which co-financed The Goldfinch with Amazon, told Variety.

“There were many things that didn’t work, but the biggest was probably the marketplace. The gap between the have and the have-nots is growing even bigger.”

The first public inkling of trouble came at least six months ago when Warner Bros trimmed back on its marketing dollars for The Goldfinch and talk began that the project would have been better as a streaming series.

“It definitely would have been better off as streaming content in a limited series fashion, as the book weighed a tonne,” said box office analyst Jeff Bock of Exhibitor Relations.

“Oh, well, I’m sure someone will reboot it in five years and do it justice.”

The Goldfinch is Warner Bros third studio flop in the past month, sitting alongside female heist movie The Kitchen and Bruce Springsteen-inspired drama Blinded By the Light.

As for Kidman’s performance, she is “just fine” as the “banal” Mrs Barbour, a society matron who plays a caretaker’s role in Theo’s life, said the Daily Beast.

But, added the site, she can’t save the movie, which is “a laboured translation, very beautiful and very meaningless”.

The Goldfinch premieres nationally on September 26