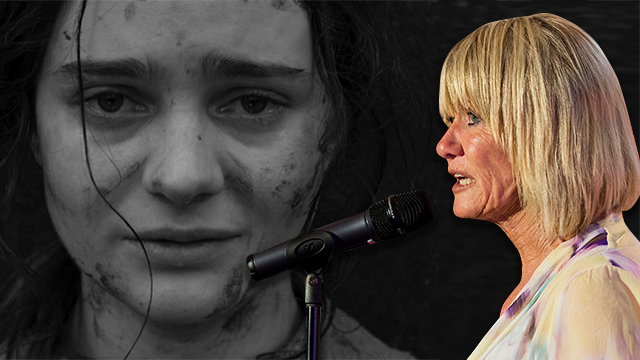 Controversial new Australian film The Nightingale has been defended by its star Aisling Franciosi and leading critics and filmmakers after uproar about its graphic murder and rape scenes.

At the film’s premiere screenings on Sunday and Monday as part of the Sydney Film Festival, dozens of people walked out of cinemas in protest.

At its screening on June 9 in Sydney’s Randwick, one woman reportedly walked out early shouting, “I’m not watching this. She’s already been raped twice.”

But Screen critic and former At the Movies host Margaret Pomeranz told The New Daily she respects the film’s director Jennifer Kent and plans to see The Nightingale.

Pomeranz added that classification has a role, “but those of us who want to embrace difficult cinema [should be] free to do so.”

In a statement to The New Daily, Kent (The Babadook) said the film had been commended by sexual assault survivors and is not ‘about’ violence.

“It’s about the need for love, compassion and kindness in dark times,” Kent said.

“Both Aisling Franciosi and myself have been personally contacted by more than a few victims of sexual violence after screenings who are grateful for the film’s honesty and who have drawn comfort from its themes.”

Kent consulted Tasmanian Aboriginal elders during the making of the film: “They feel it’s an honest and necessary depiction of their history and a story that needs to be told.”

She maintained the harrowing scenes are essential for historical accuracy: “I remain enormously proud of the film.”

Franciosi threw her support behind The Nightingale in a series of tweets.

“I will forever be fiercely proud of Jennifer Kent and of this film,” she said, adding The Nightingale represents “unflinching honesty and truth”.

She later posted on her Instagram account that “double standards in the industry are alive and well.”

Filmmaker Briony Kidd, director of female perspective genre film festival Stranger With My Face, insisted it is vitally important to let artists say what they need to say.

“A filmmaker who’s developed and directed a difficult film has done so as part of a process,” Kidd told The New Daily.

“They have a rationale for the work and they’ve probably given a lot of consideration to where ‘the line’ is for them, how far to go, and why.

“But don’t assume they have done what they’ve done recklessly.”

Kidd said in genre filmmaking, there’s a “huge tradition” of inflating negative reactions “as a marketing tool. So where possible, I hope people will judge for themselves”.

Described by Variety as an “uncompromising … pretty magnificent mass of movie”, The Nightingale has won acclaim on the international film circuit.

The only female-directed film in competition at the Venice Film Festival last year, it won the special jury prize and best young actor for Baykali Ganambarr.

Sydney Film Festival director Nashen Moodley said about “20 and 30 people” left each screening out of an audience of up to 800.

“The Nightingale is a powerful and uncompromising film by an exceptionally talented Australian filmmaker, that we were very excited to present,” Moodley said.

The Nightingale defended by its star, director after audience walkouts over graphic scenes