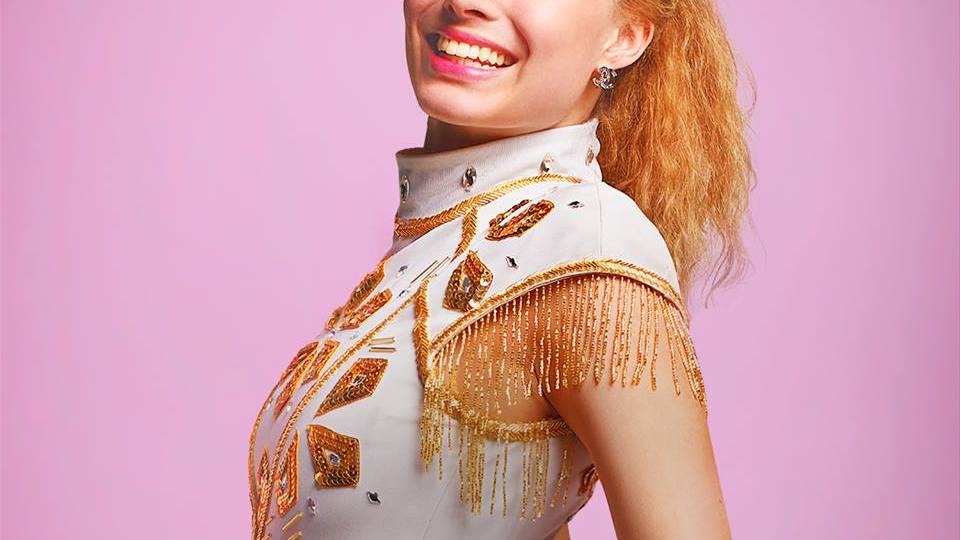 There is a short but startling moment in the final act of Tonya Harding biopic I, Tonya that surely guaranteed Australian star Margot Robbie her Oscar nomination for Best Actress.

Following the horrific assault of major competitor Nancy Kerrigan under suspicious circumstances, the controversial figure skater’s world is collapsing around her.

About to go out on the ice to secure her Olympic dream, Harding sits before a mirror, applying garish makeup to her face and attempting several maniacal faux smiles in preparation for the judges as tears course down her face.

In an interview with Robbie for Variety‘s ‘Actors on Actors’ series, fellow Hollywood star Jake Gyllenhaal told the Gold Coast-born actress he thought it was a standout scene.

“That scene is such beautiful work,” Gyllenhaal said.

Robbie revealed it was a confronting moment to film.

“I don’t really enjoy acting on my own, in fact any scene when I’m on my own, that makes me really scared,” she admitted.

“But you are incredible … maybe you should be doing more of the things that you don’t feel comfortable with,” was Gyllenhaal’s wise response.

Speaking to The New Daily, Craig Gillespie, the Australian director of I, Tonya, agrees with Gyllenhaal, revealing the perfect moment almost didn’t happen.

“That was actually our most ambitious day of shooting,” he says. “We were in a stadium that we were losing that night for hockey games or concerts or whatever. We had about 10 scenes to shoot, tough scenes, including when she breaks up with her coach.”

Logistically tricky – if the shot didn’t work they’d have to remove all her makeup and start again – cinematographer Nico Karakatsanis suggested Robbie throw in the smile. Gillespie put it to Robbie and she nailed it in one take.

“It gave me chills,” Gillespie says. “Then we were off shooting some other crazy scene, so we didn’t have time to dwell on it. But it was an amazing luxury, because Margot’s so strong at her craft and was so in command of her character, that constantly I could just throw something at her and she would deliver every time.”

A courtroom scene delivering the verdict on Harding’s involvement, shot on the second-last day of production, was similarly electric.

“We were shooting in an actual courtroom and a case ran over, so we couldn’t get in there,” Gillespie says.

Racing to make up time, Gillespie told Robbie they’d pan round from the judge to focus on her face for the verdict.

“I didn’t have a script in front of me, so I called action and after about four or five lines, I’m thinking, ‘I don’t think there’s any more script here’, but she was so present and engaged that she just kept going. I didn’t call cut and she went for it, a riveting performance. When you get those gems from an actor, you just can’t go wrong.”

“It’s their first year with the company and they were so grounded and calm with the chaos of making a film, where things always go wrong,” Gillespie says. “They were always so present and involved and such good problem solvers in the simplest way.”

He sees big things ahead for the power couple.

“Tom has worked on film sets for a number of years and was just great at dealing with all of that and Margot was incredibly supportive and also very protective creatively,” he says.

“We both saw the film and the tone of it in a very particular way and she was very fearless going for that with this performance that is very risky and unconventional in some ways.”

I, Tonya is released in Australian cinemas on Thursday.

French foreign minister hails defeat of Morrison and his ‘notorious incompetence’
Tiger Woods quits PGA tournament after the worst round of his career
COVID claims 45 more lives as nationwide daily cases soar to 18,000
Volodymyr Zelensky: How war will end as Ukraine ‘breaks backbone’ of Russian army
Peter Dutton touted as next Liberal leader as he claimed victory in Dickson
‘The urgency of the situation’: WHO steps in as monkeypox cases erupt around the world
Margot Robbie in the running for Best Actress Oscar
Today's Stories

The stunning scene in I, Tonya that secured Margot Robbie’s Oscar nomination