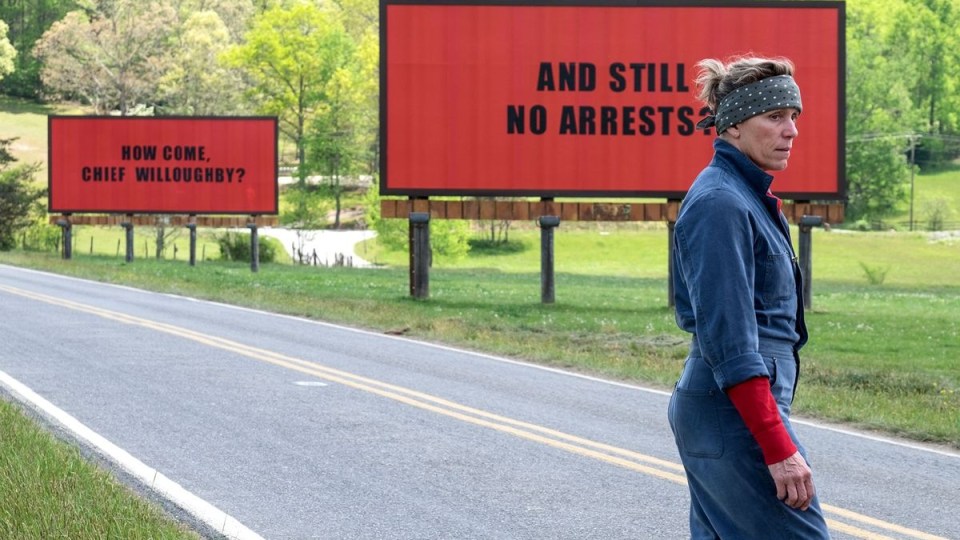 Frances McDormand plays a mother grieving the murder of her daughter in Three Billboards Outside Ebbing, Missouri.

The black comedy from playwright Martin McDonagh – the man behind In Bruges and Seven Psychopaths – is about a grieving mother’s dramatic bid to have her daughter’s murderer apprehended.

This list includes, but is not limited to, the captivating Sam Rockwell as a rogue cop, Woody Harrelson as a sympathetic police chief, Lucas Hedges as Mildred’s long-suffering son and the ever-excellent John Hawkes as Mildred’s violent ex-husband.

Brutal, hilarious and entirely original – Three Billboards is a masterpiece of moviemaking.

Hit play to watch our quick video review below

Why Three Billboards Outside Ebbing, Missouri is the year’s must-see movie