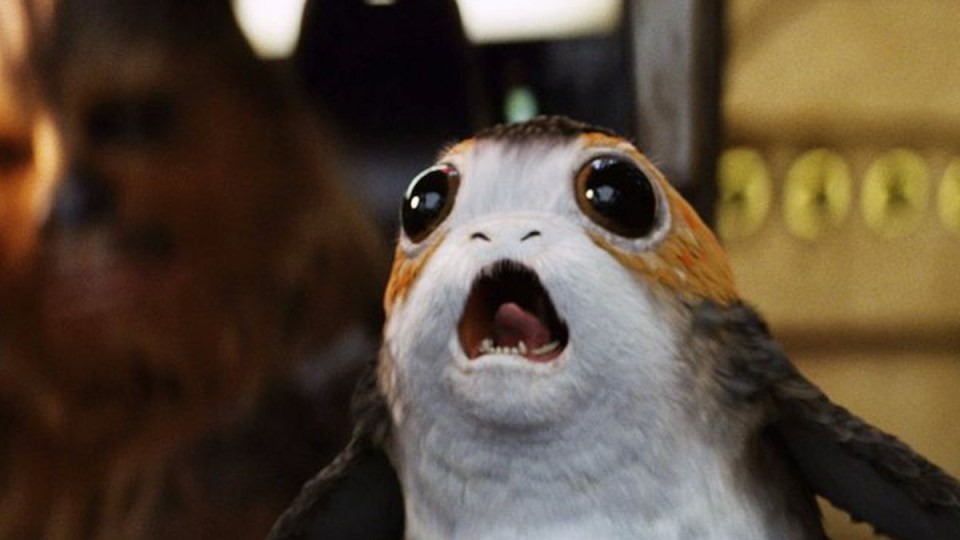 Star Wars: The Last Jedi has created an internet sensation, but not all its fans love the new character. Photo: Disney

Star Wars: The Last Jedi has dominated at the box office in its opening week, but fans and critics alike have been divided by the universe’s newest creature.

Porgs, the big-eyed furballs that took the world by storm in the film’s trailer, have been entrenched in a love-them-or-hate-them argument since the movie’s release.

For some, it was love at first sight as the little guys squawked their way into fans’ hearts alongside Chewbacca on the Millennium Falcon.

Others were less forgiving, comparing the pint-sized creatures to Jar Jar Binks, the most hated of all Star Wars characters.

The introduction – and plentiful screen time – of what is essentially a screaming hamster has baffled diehard fans.

While Jar Jar Binks served his purpose in expanding the Star Wars prequels and its storyline, Porgs add nothing to The Last Jedi as a film, with some suggesting they are nothing more than a cheap marketing gimmick to sell their inevitable plush toys.

However, they appear to have served at least one practical purpose. Jake Lunt Davies, the character designer who designed Porgs, disclosed in a studio-sanctioned interview that director Rian Johnson was forced to include them because the shooting location, Skellig Michael island off the coast of Ireland, was “covered” in puffins.

“It’s a wildlife preserve and everywhere you look there are hundreds of birds dotted around the landscape,” Davies told StarWars.com.

“You can’t remove them. You physically can’t get rid of them. And digitally removing them is an issue and a lot of work, so [director Rian Johnson said] let’s just roll with it, play with it.”

Davies said his painfully-cute creation is a hybrid of a seal, a pug and a puffin.

“There’s something incredibly appealing about it. Maybe it’s the big eyes. But like a pug, Porgs have this very sort of sad, neutral face.”

That explanation has done little to appease angry fans.

Listen. Porgs are just minions. They are the exact same trope as what a minion is. You can deny it all you want but that doesn't change the fact that they are minions. Its okay to like them but you gotta be honest with your self.

Star Wars but it's just porgs

Luckily for Disney, which now owns the rights to Star Wars, the Porgs do not seem to have dented revenue. The Last Jedi proved a force to be reckoned with at the box office, raking in $US450 million ($588 million) worldwide in its opening weekend.

According to global figures, the latest instalment ranks as the fifth-highest debut ever behind Fate of the Furious at $US541 million ($707 million), Star Wars: The Force Awakens at $US529 million ($692 million), Jurassic World and Harry Potter and the Deathly Hallows Part 2.

The most divisive Star Wars character since Jar Jar Binks