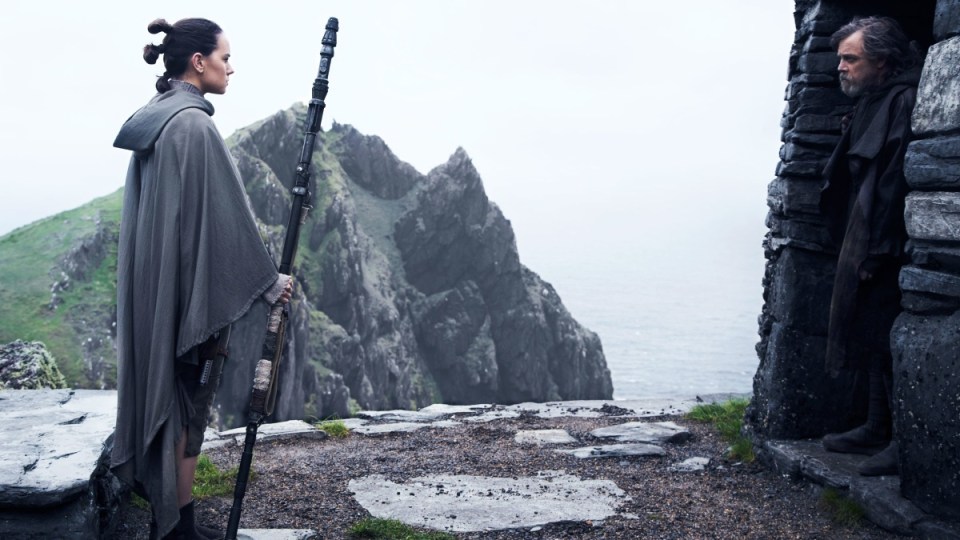 The Force is strong with the late, great Carrie Fisher. That much we have always known. But one heart-stopping moment in the latest instalment of the Star Wars saga, The Last Jedi, proves her beloved character General nee Princess Leia Organa is so much stronger in the Force than we have ever known.

Written and directed by Looper helmer Rian Johnson, Fisher’s Leia is front and centre this time round in this epically exciting continuation, far more so than in previous instalment, J.J. Abrams’ The Force Awakens.

The indomitable rebel leader is running out of options fast with her brother Luke Skywalker still in self-imposed exile and the First Order, the newly resurgent forces of the Dark Side, in hot pursuit.

Despite the situation looking grim, with what’s left of the ragtag Rebel fleet driven from their base and powering through space draining fuel fast, Leia’s unwavering bravery and battle-hardened quick thinking keep her troops motivated by hope.

This despite the brutal murder of her former lover Han Solo (Harrison Ford) at the hands of their son Ben aka Kylo Ren, played by Girls star Adam Driver, during the gripping final act of The Force Awakens.

Though Kylo has been turned to the Dark Side by the hideously disfigured Supreme Leader Snoke, played by motion capture genius Andy Serkis, Leia still believes he can be turned back. This with a little help from Daisy Ridley’s Rey, who, like Leia’s brother Luke, is incredibly strong in the Force.

And then disaster strikes. Johnson injects a great deal of humour into this instalment, but he also brings the darkness in massive battles crushing Leia’s forces, hewing closely to The Empire Strikes Back model of big payback.

Outrun, outgunned and out of luck, the lead ship of the rebel fleet takes a direct hit, annihilating the bridge, killing a fan favourite character from way back and leaving Leia lost in the frozen depth of space where no one can hear you scream.

And it’s then that everything changes. While the original trilogy established that the Force allowed Leia a powerful psychic connection with her trained Jedi brother Luke, she was never shown actively harnessing that power.

But as hearts stopped throughout the cinema and breaths were sharply intaken as one, Leia channels the Force in a spectacular moment that rewrites the rulebook and proves she can give her brother a run for his money.

It’s a monumental feat made all the more gut-wrenching by the death of Fisher on December 27 last year. What lies in store for Leia remains to be seen, but for now Johnson has given us a kick-arse general in The Last Jedi who, just like we first met her, is perfectly capable of saving herself.