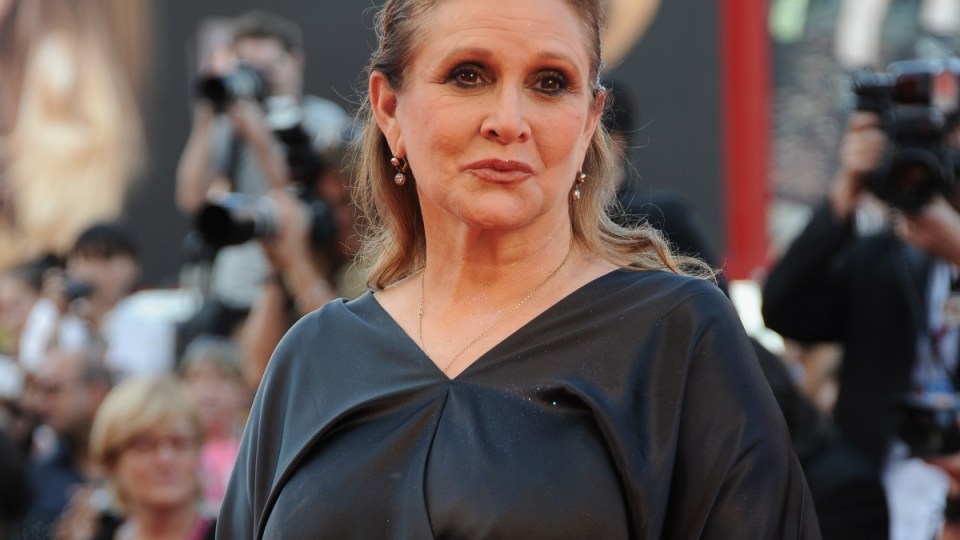 Carrie Fisher died almost a year ago of 'sleep apnea and other causes'. Photo: Getty

The Star Wars cast has praised the “irreplaceable” Carrie Fisher’s last performance as Princess Leia as “extraordinary” ahead of the film’s release.

Fisher completed her scenes as the iconic character in Star Wars: The Last Jedi ahead of her death last December aged 60, leaving a galactic void that must be filled in the final film of the trilogy.

Co-stars Mark Hamill, Daisy Ridley, John Boyega and Andy Serkis were among those to praise Fisher as they promoted the eighth instalment of the franchise in Los Angeles on Saturday, having watched a sneak preview the night before.

Luke Skywalker actor Hamill told Britain’s Press Association: “She’s wonderful in the movie. She was such an integral part of the Star Wars family, there’s no replacing her, we will always miss her but I do know she would want us to enjoy it, she would want us to be laughing.”

Ridley, who returns as Rey, hailed Fisher’s performance as “very moving” while Finn actor Boyega celebrated her for what he said was a much “darker” role.

“It’s extraordinary,” added Serkis, who plays Supreme Leader Snoke. “One of the things I came away with last night was the potency of what her character means to people, what it has meant for however many years now but also it’s deeply emotional.”

Star Wars previously ruled out rumours that Princess Leia could be digitally recreated for the ninth episode, which will be directed by JJ Abrams.

The Last Jedi’s cast acknowledged moving forward without her will be a real challenge, with director Rian Johnson saying: “I can’t imagine anyone but Carrie in that part.”

The loss of Fisher may be rawest to Hamill, who has been her on-screen brother in the franchise since George Lucas’s 1977 original.

“I know she would be moved by the outpouring of emotion around the world because everybody reacted to it like a loss in their own family, but you’re going to love her in the movie and I just wish she were here because we would be laughing right now,” he said.