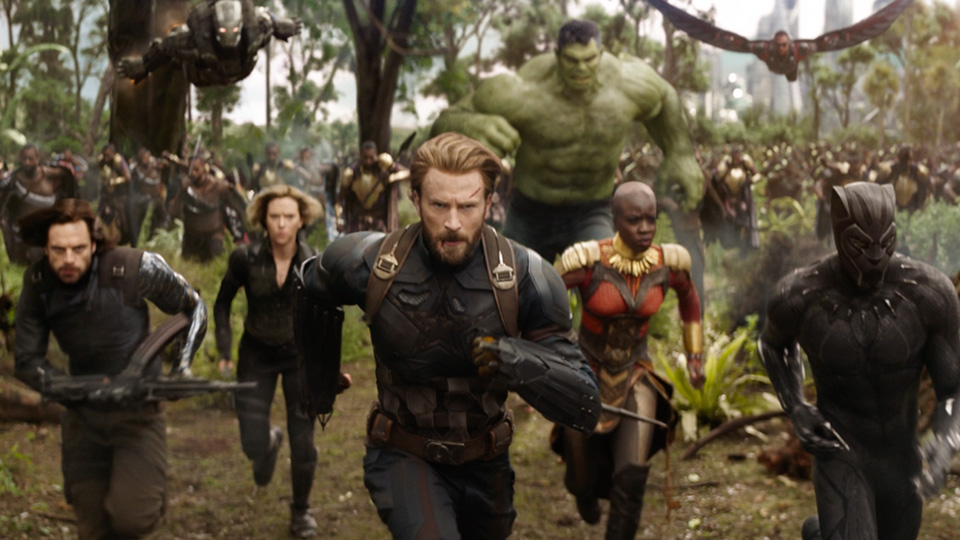 We got a glimpse of what to expect from the mega studio’s two-part thriller on Thursday with the release of its jam-packed first trailer.

The two-minute trailer pictures the beginning of the end for the Marvel Cinematic Universe (MCU) in an epic undertaking to defeat supervillain Thanos and collect the often underplayed Infinity Stones.

However, it provides more questions than answers, with clips of Vision without his Infinity Stone, Peter Parker’s spidey-senses tingling, Hulk and Black Widow’s reunion and Loki holding the Tesseract, among much more.

But if your favourite character didn’t make an appearance in the teaser, don’t fret – the biggest-ever Marvel crossover is slated to feature every superhero we’ve seen thus far.

The Avengers originals – Iron Man, Thor, Hulk, Captain America, Black Widow and Hawkeye (not in the teaser) are set to lead next year’s extravagant fight.

But it’s the final moments of the Infinity War trailer that’s got all Marvel fans talking – when the Avengers and Guardians of the Galaxy meet.

Thor’s split-second greeting to Star-Lord, Gamora, Drax the Destroyer, Rocket Raccoon and Groot promises to tie the final threads of the universe together.

For Marvel, the Avengers initiative has been a significant journey but a successful one.

Since the first MCU film, Iron Man (2008), Marvel has made $13 billion in worldwide box office tickets.

Of the 16 films released so far, the initial superhero team-up, The Avengers (2012), was its most successful by grossing more than $US1.5 billion ($1.9 billion).

But it’s safe to assume the next instalment will be the greatest hit of them all.