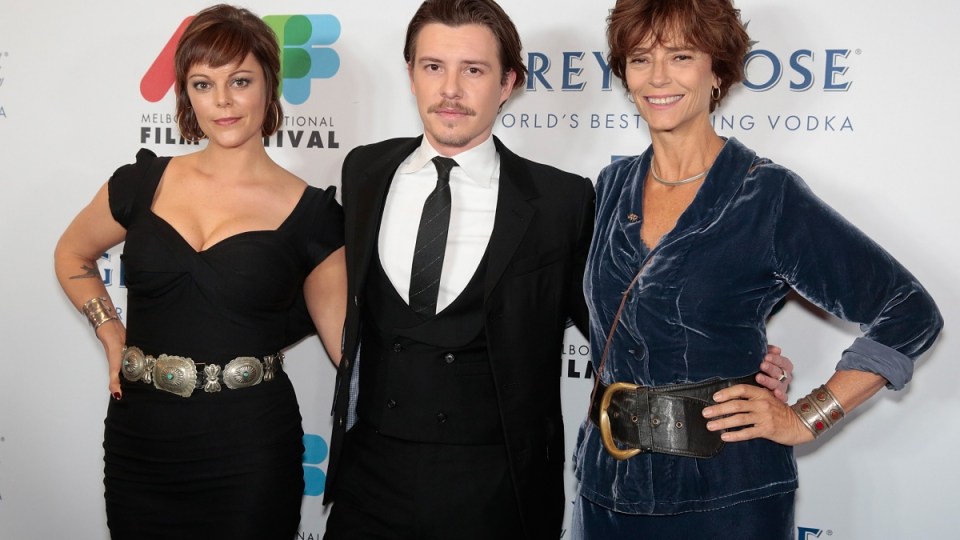 “Mum definitely said ‘don’t be an actress’,” the 30-year-old admits.

“She encouraged me to go to film school and get behind the camera, which I did and I’m very glad I did.”

It’s at this point her mother, who is evidently very proud of her daughter’s work both behind and in front of the camera, interjects.

“I was able to illuminate her to the frustrations of being an actress, the very early shelf life, the lack of control,” says British-born Ward, who started out as a model before scoring her breakout Hollywood role in the 1983 miniseries The Thorn Birds.

This year, she makes her return to the big screen alongside her daughter in The Death and Life of Otto Bloom.

She and Matilda play the same character at different stages of her life.

“We look alike … so obviously there’s a great bonus in that we share physical similarities and mannerisms,” Ward, 59, says of the casting process.

“Plus, as we know, women over the age of 40 are basically invisible in the media and in film … It’s a treat when something comes along where it’s ok to be in your 50s.”

They co-star as Dr Ada Fitzgerald, a neuroscientist studying the case of Otto Bloom, a mysterious man who becomes a global sensation when it is discovered he experiences time in reverse.

Matilda plays a young Ada as she falls in love with Otto, while Rachel portrays Ada as an older women reflecting on the experience in a faux documentary-style confessional.

Despite playing the same person, the pair was never on set together.

“I never see her!” Ward jokes of Matilda, who is even conducting joint press interviews from a different location than her mother.

The mother-daughter duo bear an uncanny resemblance, with Matilda having inherited the striking good looks that helped make her mother famous, as well as a talent for writing, directing and acting.

On set, she’s unafraid to speak up for herself because, “I’ve been brought up by my parents who typically don’t shy away from saying what they think”.

Ward, who is no stranger to sexism on set, is certainly outspoken in her belief little has changed in the way the industry treats women since her heyday.

“You still have very little control unless you’re Cate Blanchett or Nicole Kidman,” she says.

“I’ve certainly had directors say to me, ‘Just say your lines sweetheart’. Really you’re there for eye candy and anything you have to offer is really not interesting to them.

“I really like female-helmed projects. The ridiculous thing is probably most women do, yet we have such a small opportunity to go see them.”

Matilda is a little more optimistic.

“Screen Australia and Screen NSW are really getting behind making it 50/50 for Australian male and female filmmakers,” she says.

“Well there’s a long way to go,” her mother interjects, before Matilda gets the last word.

“There is, but there has been some movement,” she says. “And without [that] I wouldn’t be able to pay my rent.”

Watch the trailer for The Death and Life of Otto Bloom

Rachel Ward teams up with her doppelgänger daughter for new film