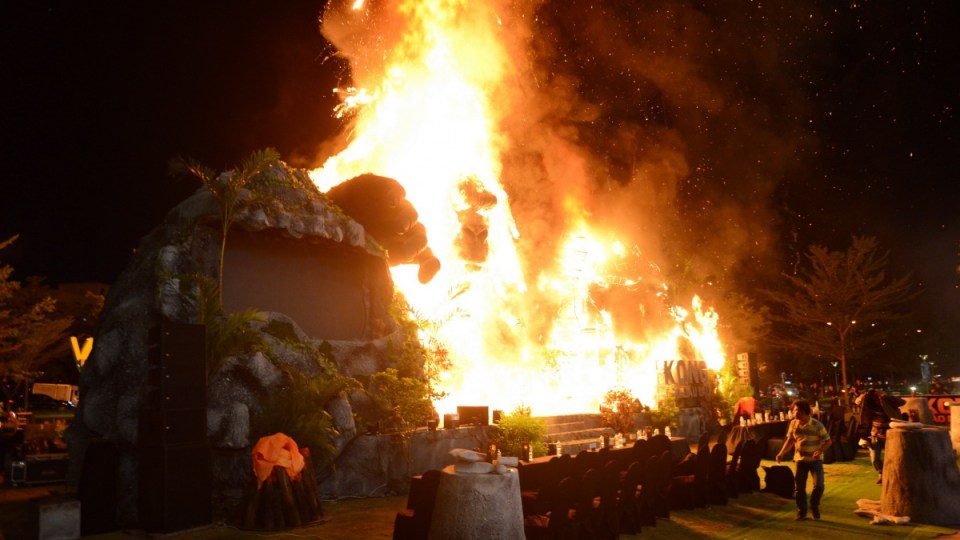 Film buffs with the hottest ticket in town were left running for safety after a giant model of King Kong went up in flames in Ho Chi Minh City.

Crowds who gathered for the Vietnam premiere of the new King Kong movie fled in panic after a huge statue of the giant ape suddenly burst into flames.

At the event in Ho Chi Minh city for Kong: Skull Island, which is premiering around the world this weekend, audiences were watching live performances when the fire started.

Flames from a model volcano quickly spread to the statue and destroyed the entire stage at the premiere, Vietnam’s VTC TV reported.

Video footage (see below) shows people running from the giant flaming gorilla, with some taking cover behind a large model ribcage to take photos.

Nobody was injured in the blaze and it was reportedly extinguished in less than 20 minutes. 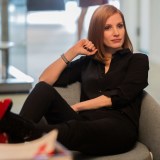 Monsters, lovers and lobbyists: the movies to see or skip in March

A Vietnamese official from Warner Bros said the company was grateful no-one was hurt in the “small fire”.

“The resiliency of Kong’s Vietnamese fans came through when they filled the theatre to enjoy the film,” the statement issued to the Hollywood Reporter said.

Kong: Skull Island is about a group of scientists and soldiers attacked by a giant ape on a Pacific Island.

Author Salman Rushdie stabbed in the neck by masked assailant on stage
Melbourne society icon Lillian Frank dead at 92
Foreign Minister Penny Wong vows to keep working to free Aussie journo Cheng Lei from Chinese jail
Cameron Smith and fellow Aussies in the thick of it at PGA’s Memphis tournament
Taiwan thanks US for maintaining regional security in the face of Beijing’s bullying
Ex-Liberal staffer: Survivors weren’t asked about their ordeals in NSW parliament
Monsters, lovers and lobbyists: the movies to see or skip in March
Today's Stories