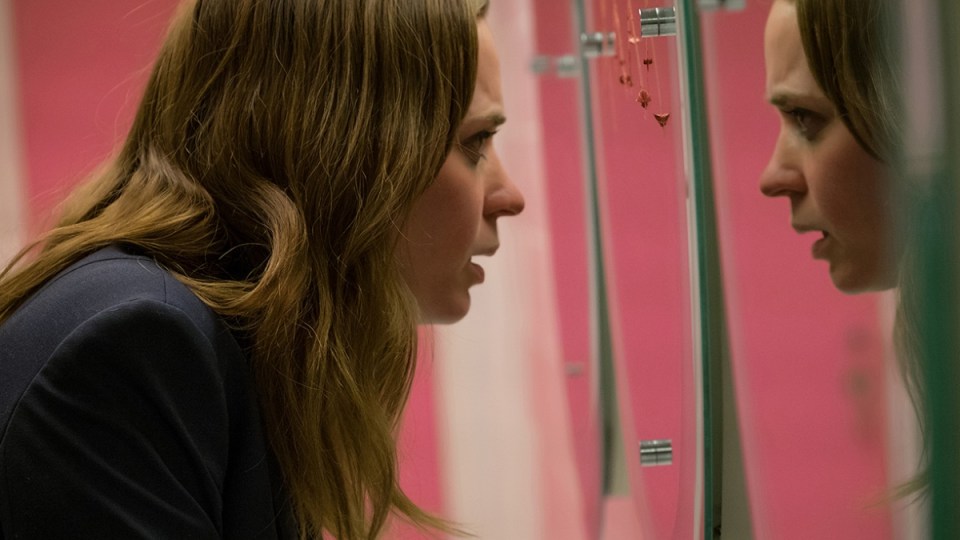 Emily Blunt is beautiful. She regularly covers fashion magazines and her movie roles range from fairytale princesses to fashionistas.

Even in her grittier roles – like the critically acclaimed 2015 thriller Sicario – Blunt has the kind of bone structure that’s hard to cover up with bloodied wounds and dirt.

Thus, transforming her into depressed, divorced and alcoholic Rachel, the protagonist of her new film The Girl on the Train, was a challenging – and controversial – process.

The film, which hit Australian cinemas on October 5, is being billed as the next Gone Girl for its focus on damaged female characters intertwined in a chilling suburban mystery.

Based on Paula Hawkins’ novel of the same name, the movie follows Rachel, a deeply unhappy woman who becomes fixated on a young, attractive couple whose house she passes each morning on the train. 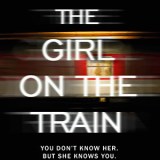 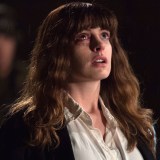 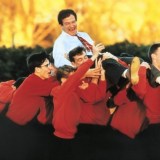 The 20 films all men should have seen by now

When the wife goes missing, Rachel becomes embroiled in the investigation.

We, the audience, watch the enigma unravel through Rachel’s deeply unreliable eyes – she is plagued by blackouts, self-hatred and paranoia.

In the movie, Blunt captures this mental haze perfectly. She is the anchor in a film that can seem messy at times due to the complexities of translating Hawkins’ tightly wound narrative to the screen.

Regardless, there’s little doubt The Girl on the Train will be a hit. A huge one. Half of the audience will be sucked in by the film’s enticingly vague trailer, while the other half will be fans of the book, champing at the bit to see whether director Tate Taylor has captured Hawkins’ vision.

After all, the novel is still sitting at the top of The New York Times bestseller list, four years after its release.

There’s just one issue with the film – Blunt’s appearance isn’t convincing. Fans of the book will tell you the Rachel in its pages is overweight and a shadow of her former self.

“I look awful in the movie and I look like a ghoul,” Blunt told CNN of her transformation for the role.

“There was a lot of specific, really kind of makeup tricks that my amazing makeup artist did … I often had a full contact lens that covered my whole eye that gave the whites of the eyes that kind of bloodshot look.”

The makeup artist also painted rosacea all over Blunt’s skin and highlighted her blemishes.

“And for my lips, she put something on them – I don’t know what it was, but it felt so awful and chapped them up,” Blunt added.

It wasn’t enough – Blunt has been criticised for being “too beautiful”, including by Hawkins herself.

“Everybody moans about, ‘Oh, she’s too beautiful to play Rachel’ and she is,” Hawkins said at a book festival in the UK.

“They’ve done their best, I mean to sort of make her look a bit s**t, but you know…”

Emily Blunt is playing Rachel?!?! She's way too thin and way too pretty based on the character description. #TheGirlOnTheTrain

EMILY BLUNT IS TOO PRETTY TO BE RACHEL. She is so far from the fat lifeless alcoholic I imagined. Neeeed to see this soon #TheGirlOnTheTrain

Truthfully, Blunt’s appearance is only remarkable when compared with the airbrushed faces of her equally beautiful blonde co-stars, Haley Bennett (an eerie Jennifer Lawrence lookalike) and Rebecca Ferguson (you’ll recognise her from the last Mission Impossible movie).

Perhaps we’re meant to be so accustomed to seeing Hollywood actresses looking pore-less and primped that seeing one look normal is meant to be shocking.

Really, Blunt just looks like an attractive woman who could do with a good night’s sleep, a far cry from the character Hawkins described.

Thankfully, her performance is good enough for us to overlook that fact, as well as some of the film’s shortcomings.

Plot twists deliver the desired effect – especially for those who don’t know the ending – and jarring violence keeps it from seeming too soapy.

Still, given it will be compared to Gone Girl – an excellent film with arguably a far greater adaptation challenge – The Girl on the Train feels rushed.

Our advice? Read the book first. Then buy a movie ticket, if only to see Blunt’s acting masterclass and that corkscrew scene.

Watch the trailer for The Girl on the Train below: