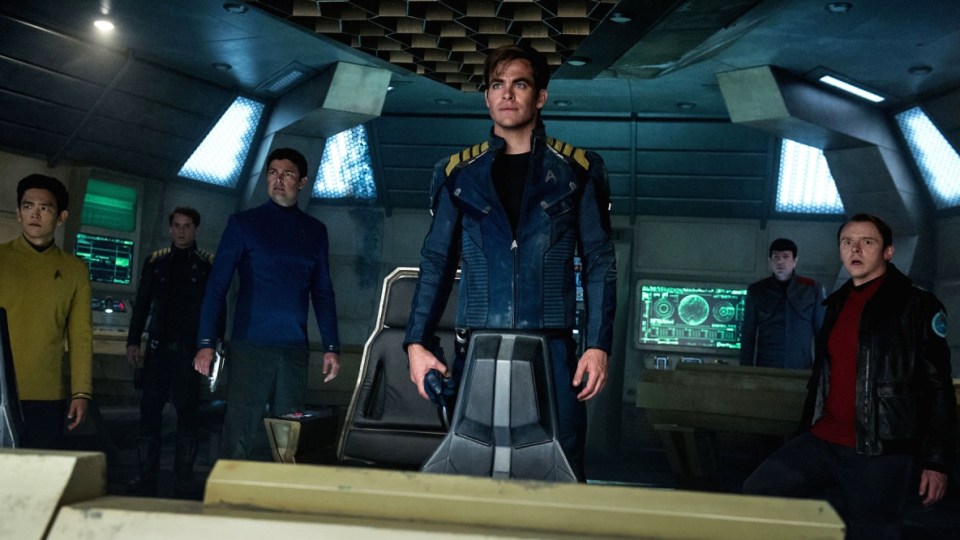 Star Trek Beyond has been the victim of pre-release concentration, which unfortunately has had nothing to do with quality of filmmaking.

The tragic death of Anton Yelchin, the young actor who played Chekhov, is a tragic watermark that the film may never shed.

The announcement John Cho’s character, Sulu, would be homosexual was met with approbation by many yet condemnation from the very man the decision was meant to honour – original actor George Takei.

Reactions to the marketing material have been lukewarm at best.

Jettison any preconceptions you may harbour regarding Justin Lin’s science fiction adventure. Star Trek Beyond is a Star Trek film in a way that its two predecessors were not. It is also one of the most entertaining movies of the year.

The film is the latest entry in Gene Roddberry’s saga and, to paraphrase the original television series, it boldly goes where the franchise has already gone before.

Justin Lin takes over directorial duties from Abrams, who passed on the second sequel after moving on to Star Wars: The Force Awakens; a natural progression for a man who insisted on portraying James T. Kirk like Han Solo.

Star Trek Beyond begins two years into the five-year long mission that the Starship Enterprise set out on during the final moments of Star Trek Into Darkness.

Kirk, played with wonderful charisma and charm by Chris Pine, celebrates a birthday, which has made him one year old than his father – also a Starfleet Captain – was when he died.

There is a restlessness to Kirk. He comments on the staleness of their mission, observing that the journey is feeling ‘episodic’. It’s hard not to view the remark as a message from Lin and his screenwriters, Simon Pegg and Doug Jung, that Roddenberry’s series is finally in good hands. They get it.

And for the most part, this is true. Much of Star Trek Beyond bears an uncanny resemblance to the television show. That’s a good thing.

A mysterious ship makes an emergency landing in a space station on the frontier of universe. The survivors request the help of the good ship Enterprise.

Kirk, on the brink of throwing in his Captaincy in favour of a less adventurous role in Starfleet, accepts the mission, only to find himself, his crew and his ship out of control and lost on a remote and unhospitable planet.

The plot echoes the ghosts of science fiction past. That’s part of the charm of Star Trek Beyond. The intent appears to be to recapture the elements that engendered such enormous enthusiasm for the series in the first place.

Abrams never had enough confidence in the franchise to make a straight Star Trek film. Lin’s faith in the appeal of the central characters is the single most compelling element of Star Trek Beyond.

The optimism of Star Trek has always set it apart from the excess of glumness that occupies the minds of many science fiction architects.

The United Federation of Planets is the universe of the future if it turns out for the best. Star Trek Beyond reflects that positivity.

If Yelchin’s death heralds the end of Chekhov, then Lin’s film is a fitting closing chapter for the character.

The future is bright, for mankind and for Star Trek.

Beyond Star Trek‘s bad press is a worthy film