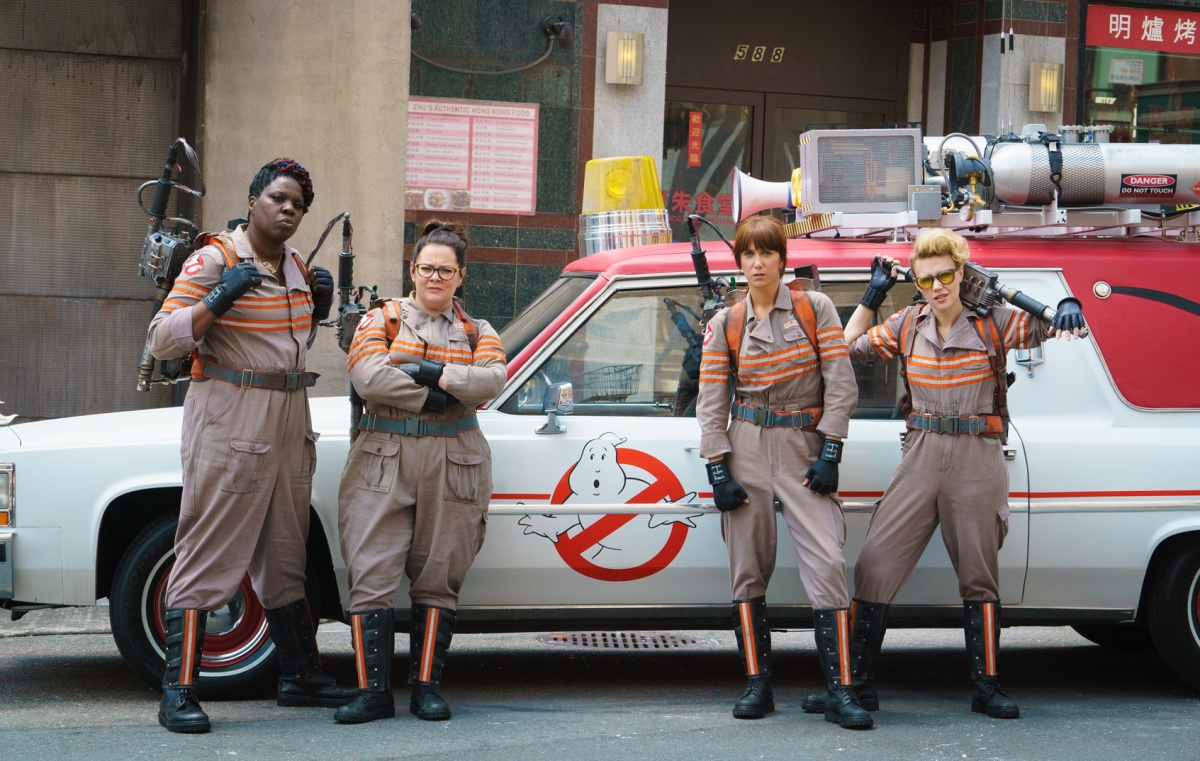 The misogynistic attention the all-female Ghostbusters reboot has received has been both underwhelming and damning of the entertainment-consuming public.

Not everyone may have shared the sentiment that women are inadequate candidates for roles in a Ghostbusters film – but those who did were loud enough to serve as a grim reminder of troubling attitudes towards women.

In actual fact, filling the central roles with females might be the film’s most wonderful component.

It doesn’t matter who is busting the ghosts as long as the ghosts are being busted in a fun way.

Ironically, some of the funniest moments in Ghostbusters involve sly comments on the gender backlash, like when an actual ghost frightens a man who operates fake ghost tours.

The film centres on a phantom found haunting the New York subway system.

Erin Gilbert (Kristen Wiig) and Abby Yates (Melissa McCarthy) are a pair of scientists and former friends, who once wrote an uncelebrated book on the existence of ghosts.

Gilbert, now pursuing a prestigious teaching position at Columbia University, is drawn back into the world of paranormal activity when mysterious spectral goings-on begin to surface across the city.

The original Ghostbusters film was typified by laughs, scares and charm.

The 1989 sequel was met with a mediocre response from critics, who felt that Ghostbusters 2 adhered too much to the formula of the original and didn’t take enough chances.

There are laughs and there are scares and there’s a degree of charm but there’s also the impression that the filmmakers were too concerned with pleasing everyone.

It’s a common shortcoming of reboots that reverence to the source material serves as a hindrance rather than a benefit.

There are also cameos from the original cast, which simply promote a comparison that Feig’s film can’t live up to.

Aside from the very welcome casting decisions, Ghostbusters doesn’t offer anything fresh or take enough risks to convince that a reboot was actually warranted.

Feig has had extraordinary success in the comedy sphere but Ghostbusters is at times clumsy filmmaking.

The women themselves are engaging and fun, but clearly don’t have the chemistry of the team in the original.

Leslie Jones’ character is a bewildering addition to an otherwise progressive movie.

The three white female Ghostbusters are all hyper-intelligent scientists, whereas Jones (the only African American team member) is an MTA worker who the others allow on board because of her knowledge of the streets. Imagine a Ghostbusters film where race was as meaningless as gender.

Ghostbuster has undoubtedly been assembled with the best of intentions: to make us laugh, to scare us and to entertain us.

Feig succeeds on all three counts, but not by much.

The film will do little to pacify the naysayers, but then, it shouldn’t have to pacify anyone. It’s a movie.

The real issue isn’t that the Ghostbusters are women, but whether the film has moments of quality cinema. An it doesn’t have enough.