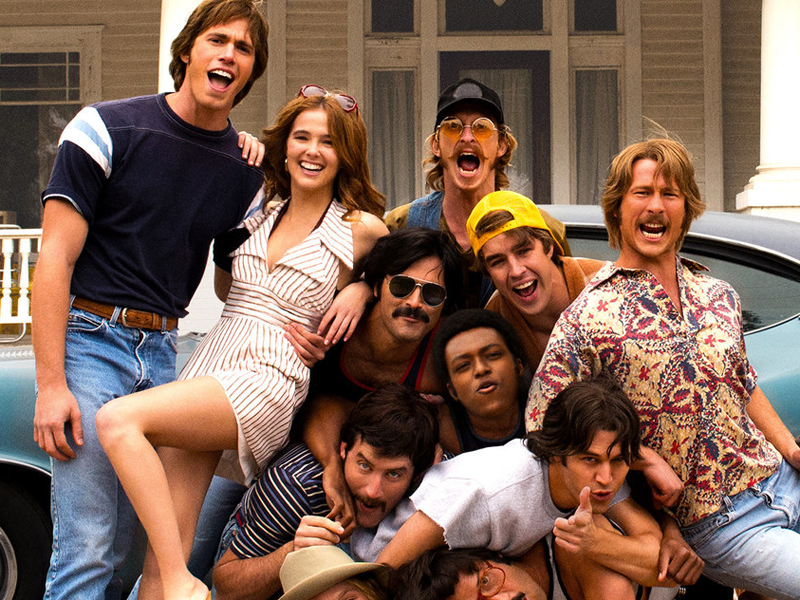 There’s something quite pertinent about Richard Linklater, a filmmaker who has spent much of his career devoted to the concept of personal development, revisiting the same creative energy that engendered one of his earliest successes.

It’s been 23 years since the release of the wonderful Dazed And Confused. Linklater has the power of hindsight at his command, as well as two decades of artistic development and enormous critical success, to revisit a style of filmmaking that helped propel him into the international spotlight as a younger man.

• The aliens are back for more in Independence Day 2
• Why Russell Crowe’s The Nice Guys seems familiar
• Sorry Marvel fans, but X-Men: Apocalypse sucks It’s difficult to discuss Everybody Wants Some!!, Linklater’s new film, without referencing Dazed And Confused to excess. The former has been described as a spiritual sequel to the latter and there are so many similarities between the two films that Linklater might be justifiably accused of creative repetition. Fortunately, in the case of Dazed And Confused, repetition is a good thing.

Over the years, rewatching Dazed And Confused is like revisiting old friends. The film isn’t driven by narrative. The purpose is to spend time with the characters. The same is true of Everybody Wants Some!!, which is inhabited by some of the most joyfully watchable characters in any film release this year. Creative repetition often suggests creative fatigue, but not this film. It’s a whole new group of friends to revisit.

Everybody Wants Some!! isn’t about how Linklater has developed as a filmmaker or a person. It isn’t about what he’s learnt since the release of Dazed And Confused or about revisiting a style of film with that hindsight. Boyhood and the Before trilogy didn’t exist in 1993. Just like its predecessor, Everybody Wants Some!! is a film about what Linklater knew about being young when he was young. The two films are so comparable in style and thought that they might have been released simultaneously.

Jake (Blake Jenner) is a freshman and the new pitcher for the Southeast Texas Cherokees. He arrives at the off-campus house occupied by his team. It’s three and a half days before class begins. They meet girls, they drink, they find competition in the most mundane of activities, they have sex, they do drugs and they play baseball. There’s a lot of unchecked testosterone, and that’s part of the fun. Perhaps one of the most remarkable elements of Everybody Wants Some!! is how appealing Linklater renders what is generally repellent: bro culture.

Linklater is an optimist. He romanticises the world of Everybody Wants Some!! to the point of ringing inaccurate. This is life as we hope it is, and how it sometimes is — but only momentarily and sporadically. His idealism prevents the film from conveying any significant thought on youth, because it’s all too improbable. Even when the characters behave poorly, the lens of the camera is always rose tinted.

But Everybody Wants Some!! isn’t about insight or intellect. It’s about having a good time with a fun group of people. The cheerfulness is infectious and the characters are so lovingly constructed by both Linklater and his cast — many of whom will no doubt become significant figures in Hollywood, just like Dazed And Confused — that it’s impossible not to be swept up in the fun.