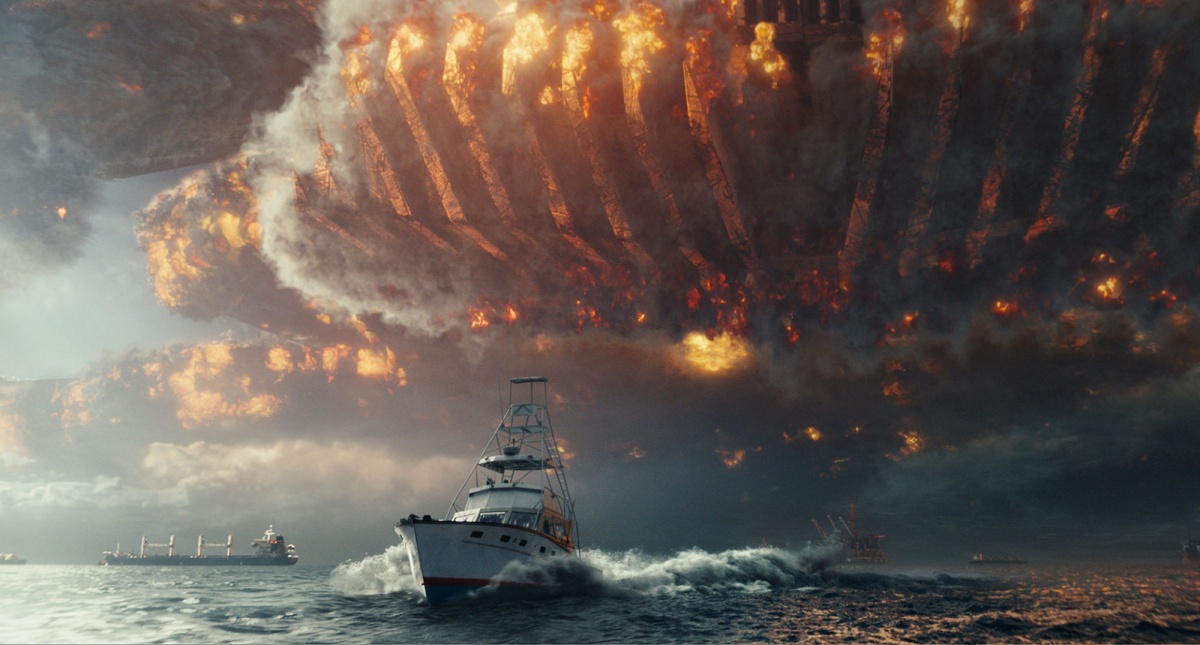 The tagline to mega-budget sci-fi sequel Independence Day: Resurgence warns us: “We had 20 years to prepare … so did they.”

The big question is, is it referring to the ruthless hoard of aliens the plucky band of Earthlings beat off in the 1996 blockbuster original Independence Day, or to director Roland Emmerich and his team of CGI technicians who have significantly amped up the special effects for the return bout?

While Will Smith’s fighter pilot Steve Hiller does not feature this time around, fans of the original will welcome a silver-bearded Bill Pullman as the former US president and Jeff Goldblum as satellite engineer David Levinson who spearheads the scientific investigation of the encroaching aliens.

New to the team is crowd-pleasing Liam Hemsworth in the central role of renegade pilot Jake, as Earth must again beat the odds, face total destruction and defeat a race of superior beings who seem to hate us.

Alien invasions have captured the imagination of Hollywood executives for decades, from Cold War classics like War of the Worlds, Forbidden Planet and The Day The Earth Stood Still, to Steven Spielberg blockbusters like Close Encounters of the Third Kind and E.T. The Extra Terrestrial.

The original Independence Day was released right in the middle of that brief era of filmmaking between the 1993 groundbreaker Jurassic Park and The Matrix in 1999, when big-screen computer imagery still astounded.

Today, computer imagery in film can be beautiful, accomplished and well utilised. It can no longer be astounding.

In 1996 we suspected that much of Independence Day was made with computers. In 2016, we assume it.

Our willingness to be awed has diminished as our tech comprehension has increased.

Emmerich, who gave us the original Independence Day, has built his career using spectacle as his most persuasive tool. His prowess is evident in his subsequent films like The Day After Tomorrow, 2012, Godzilla and 10,000 BC.

Those films hinged on spectacle simply because most of the other crucial filmmaking elements were sub par.

Independence Day was his best film. The dialogue may have been overworked and the characters underdeveloped, but Emmerich lent the narrative a nice sense of pace and the set pieces a real sense of significance.

What set it apart from canon of alien films that preceded it was its destructive spectacle.

It was so successful in its destruction that Emmerich has either been unable or unwilling to jettison the formula that accompanied it. He is an end-of-the-world filmmaker.

A handy repercussion of the original’s devastating war against the aliens has been that mankind has been able to study and commandeer their equipment, propelling technology forward centuries.

But the aliens haven’t forgotten Earth. If they had, a sequel wouldn’t have been possible.

Independence Day: Resurgence appreciates the iconic nature of the original film, but doesn’t understand it.

The original Independence Day was the exception to the rule of Emmerich’s level of quality in filmmaking.

The narrative rolls into itself with minimal awareness of pace. There was a calculated and satisfying build-up to the initial attack in the original film. Here it starts before you notice and it’s over before you know it.

Characters run from one situation to another and there’s never cohesion or clarity.

Worst of all, much of the film, particularly moments involving an intelligent alien sphere, recall parody to the point that it must have been intentional. Except that it can’t have been because Emmerich is earnest in his filmmaking to the point of fault.

There are elements of Independence Day: Resurgence that deserve admiration, and there is a real energy on the part of both cast and crew to rekindle the magnitude of the 1996 original.

The parts construct a chaotic whole. It would be best that any more untouched successful 1990s blockbusters remain untouched.

The aliens are back for more in Independence Day: Resurgence