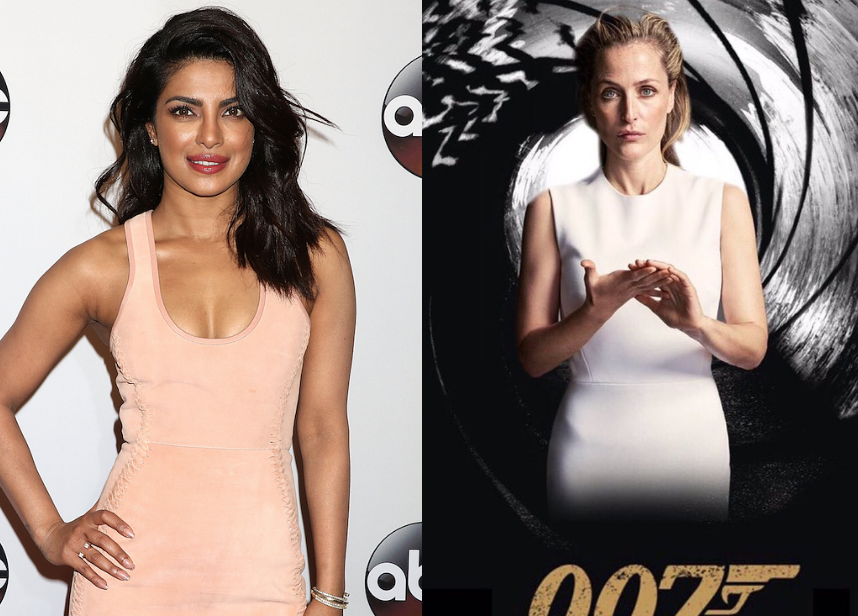 Speculation is mounting that a female actress is in the running to replace Daniel Craig as James Bond, after the Englishman reportedly rejected a lucrative $137 million offer to reprise the role.

Since 1962, the suave British spy – also known as 007 – has been played by a man, with women almost exclusively relegated to playing Bond’s oft-buxom and seductive love interests.

But as the search for the seventh James Bond heats up, two established actresses have signalled their interest in the role.

And many on the internet have come out in full support of the pair.

Anderson, best known as special agent Dana Scully from The X-Files, sent fans into meltdown when she retweeted an image of herself as 007. The image was a fan-made photo of the 47-year-old posing in a tight white dress with the famous James Bond gun barrel back-drop behind her.

“It’s Bond. Jane Bond,” Anderson tweeted with the photo. “Thanks for all the votes! (And sorry, don’t know who made poster but I love it!) #NextBond.”

The tweet received almost 10,000 retweets, more than 21,000 likes and thousands of approving replies.

Once Anderson put her hat in the ring, it emerged Chopra was keen for the vacant role.

In an interview with Complex, the interviewer remarked that Chopra would make a good Bond girl.

Chopra is Bollywood’s highest-paid actor and was named one of the ‘100 most influential people in the world’ by TIME in 2016.

She’s no stranger to acting firsts either. In 2015 she became the first south Asian woman to headline a US network series when she starred as Alex Parrish on ABC’s Quantico.

Craig endorsed the idea of a female Bond when speaking to Bustle about the possibility .

“Sure, yeah, definitely. I think it’s a great idea. If it works it works,” he said.

“That’s the great thing about film, it’s all about imagination so of course it could happen. Not that’s it a huge push, it’s just that anything’s possible.”

But the budding female spies have got some seriously good male rivals vying for the part.

The latest favourite to emerge is The Avengers and Thor star Tom Hiddleston. But he’s closely followed by Aidan Turner (The Hobbit), Idris Elba (The Wire) and Damian Lewis (Homeland).

If Elba was selected he would be the first black actor to play 007.

The case for a female James Bond grows stronger