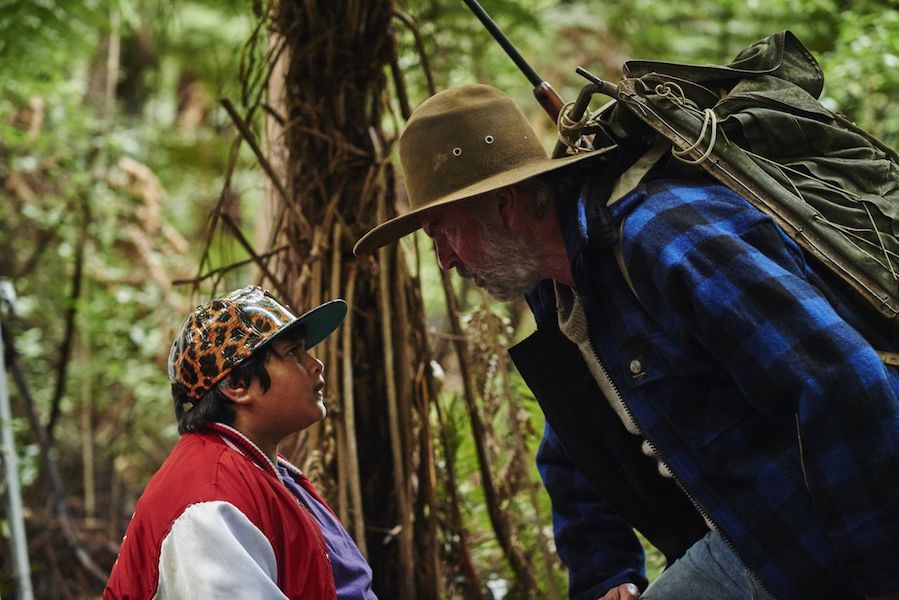 Kiwi actor, writer and director Taika Waititi has taken the New Zealand box office by storm with his latest off-the-wall black comedy Hunt of the Wilderpeople, unseating his much-loved 2010 hit Boy as the country’s biggest ever film.

“She [Paula] is my favourite,” Waititi tells The New Daily. “I told her to base the character on Tommy Lee Jones in The Fugitive. She’s so over the top.”

As with Waititi’s massive hits Boy, vampire mockumentary What We Do In the Shadows and Eagle vs Shark, Wilderpeople is daft on the surface but razor sharp just below, dark but with heart and crediting the audience’s intelligence. It’s the sort of movie that has you laughing with tears and snot.

It features intermittently brutal violence, including animal slaughter scenes, and occasionally very inappropriate jokes, with an outrageous highlight being a misunderstanding with Flight of the Conchords’ Rhys Darby as a psychotic hunter who accidentally assumes Hector is a paedophile.

“I’m very surprised it’s PG to be honest,” Waititi admits, who sees it as his duty to push this smarter brand of humour in his movies.

“It’s like when you’re a kid. Something happens when you’re about ten, you start getting sophisticated jokes and feeling really, really smart. I’m determined to keep that feeling going. What We Do In The Shadows was smart comedy from a really dumb idea.”

Waititi wrote the first draft of Wilderpeople 10 years ago before getting distracted by other projects, but recognised a universality in the story.

“Everyone can relate to the idea of being alone or someone close to you dying, wanting human connection and even family,” he says.

“I like the idea of the marginalised, of people on the edges who are always looking for a connection. The thing about humans is that we’re able to form tribes out of anything. Look at Castaway. Tom Hanks forms a family with a soccer ball.”

Waititi cameos as a whacky priest delivering the world’s least sensible funeral, but how easy is it to slip in and out of the director’s chair?

“It’s only difficult if the role is really meaningful. Jumping in and doing a stupid sermon was easy. In Shadows, the pressure was a lot less because the vampires were ridiculous. My accent wavers every scene. Boy was actually hard because I was in it all the time and had to do it properly.”

He’ll take on the Marvel juggernaut next with Thor: Ragnarok, but says the god of thunder is unlikely to prove as challenging as filming Wilderpeople on a micro-budget in the midst of New Zealand’s unforgivingly harsh winter.

“It was very hard, very long hours out in the elements with wind, rain, snow and sleet all at the same time. It’s brutal and that was our lives for five weeks.”

Hunt of the Wilderpeople will be in Australian cinemas from May 26.