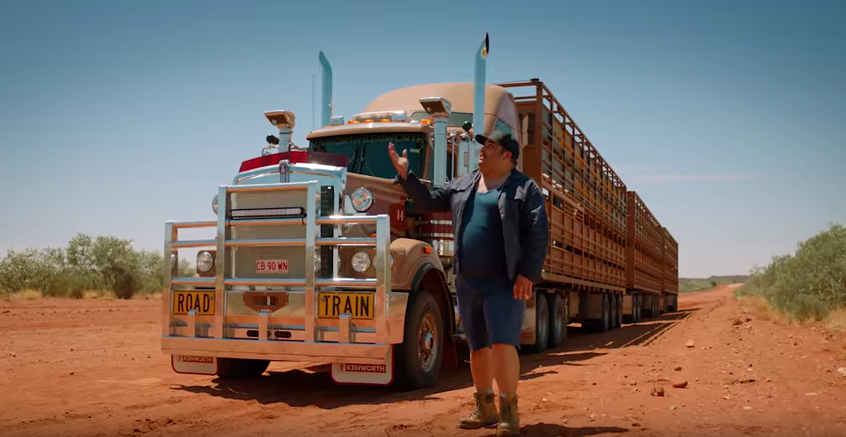 Qantas has released its new airline safety video, and it’s a beautiful – and more than watchable – homage to Australia.

Setting aside the traditional instructional video (which often goes ignored), the airline instead produced a spectacular tour of the many faces of Australia.

From Alice Springs, to Stanwell Tops and The Museum of Old and New Art, the film takes a different approach to telling passengers to buckle up.

A truck driver in a blue singlet delivers the seatbelt instructions from his large road-train on a dusty red road.

A number of middle-aged Bondi Beach swimmers demonstrate how to reach for your life jacket by opening an esky, before some flexible Hamilton Island yoga enthusiasts show us the proper emergency brace position.

Unlike other flight safety films, which are left to the confines of forced in-flight viewing, Qantas has released the film on social media, to great fanfare.

“Australia is already the best country in the world. Qantas you have shown it at its best. Congratulations and well done,” wrote one Facebook user.

Despite the message of safety, one user was more concerned with the eskies feature in the film: “Qantas keep their beer cold. This is even more important than inflight safety and prevents mid-air emergencies.”