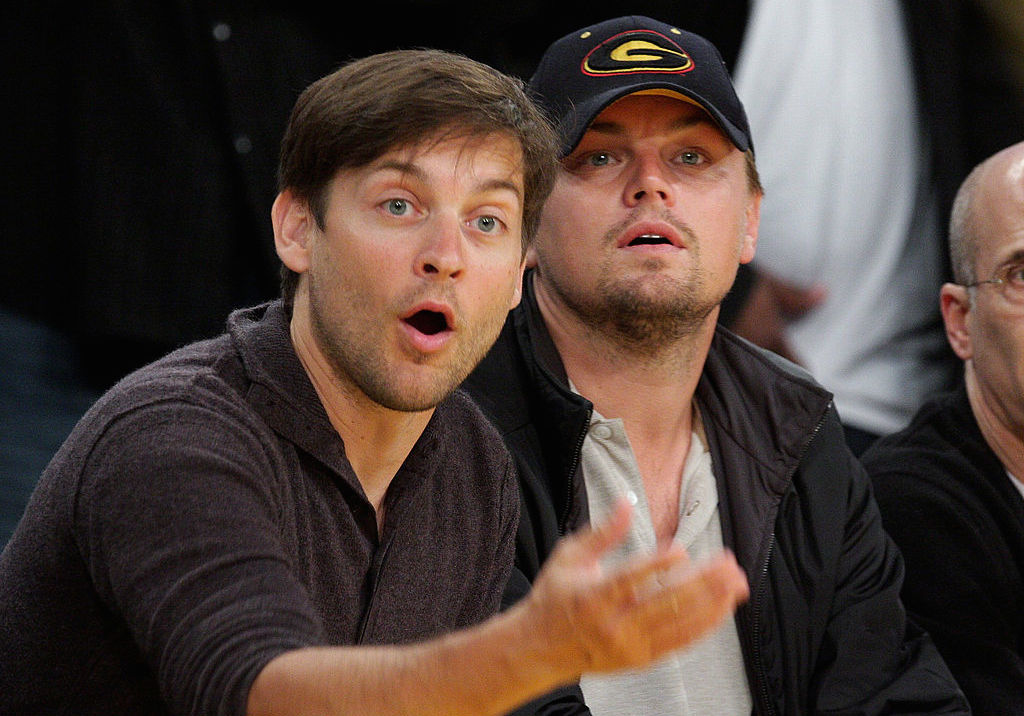 Hollywood stars Leonardo DiCaprio and Tobey Maguire are on a quest to stop you from seeing one of their first ever movies.

This week, the pair moved to have the 1996 indie film Don’s Plum, in which they both starred, taken down from free video-sharing site Vimeo for copyright reasons.

One of the filmmakers, Dale Wheatley, received the news via a statement from Vimeo on Thursday.

“We have removed your video titled ‘Don’s Plum,’ previously available at Vimeo, in a response to a takedown notice submitted by Leonardo DiCaprio and Tobey Maguire pursuant to the Digital Millennium Copyright Act,” the Vimeo notice read. DiCaprio previously said he believed ‘Don’s Plum’ would be a limited-release short film at the time, but claimed the producers pressured him into agreeing to a feature film.

In a 1996 interview with Detour magazine, the now 41-year-old said he did it as a favour to friend and filmmaker R.D. Robb.

“I had a friend who I did a short film with recently who slandered me. I was trying to do a favor for him. His name is R.D.Robb. It’s scandalous,” DiCaprio said.

“I just did it as a favor, you know? And then all this stuff happens and you ask why. Why be nice if that’s going to happen?”

When DiCaprio and Maguire first moved to have the movie blocked from distribution, producer David Stutman filed a lawsuit accusing them of using their influence to protect the public image they were cultivating.

Regardless, DiCaprio and Maguire succeeded in having Don’s Plum blocked from release in the United States and Canada.

According to a 2015 article in Complex magazine, Maguire and DiCaprio were right to be concerned about the film, which the magazine described as “overtly misogynistic”.

“‘Stop looking at me like that—I’ll f***ing throw a bottle at your face, you goddamn whore,’ DiCaprio says to a girl in tears, while Maguire and [Kevin] Connolly laugh,” the Complex article explained.

Wheatley continues to campaign for the film to have a general release on his website FreeDonsPlum.com.

“It’s a sad commentary that in 2016 we witness the suppression of film and art by one of America’s most beloved actors,” a statement on Wheatley’s website says.

“If only Leonardo DiCaprio would follow in the footsteps of the director who he admires and works with more than any other, Martin Scorsese, and preserve American cinema rather than suppress it. I will appeal Vimeo’s decision to overlook my fair use copyright as an author of the material.”

At the time of writing, clips from Don’s Plum were still available. You can watch one such clip here. Warning: it contains high-level coarse language. The ‘misogynistic’ film DiCaprio doesn’t want you to see