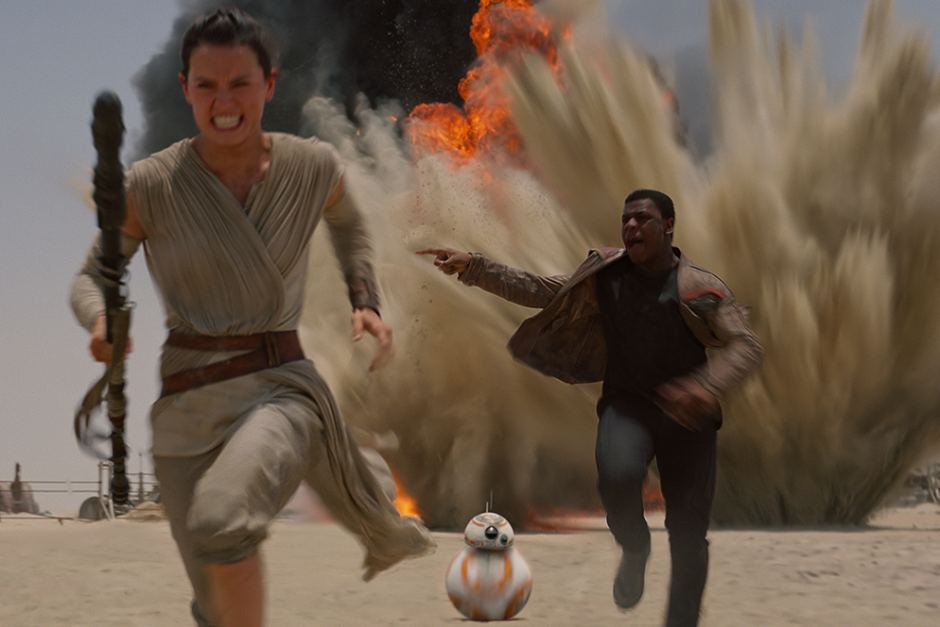 Merchandise from the latest Star Wars film was a hit at Christmas, but some fans have been left dismayed after finding action figures of the main female character – Rey – left out of box sets.

A six-piece box set sold by Target in America and featuring Finn, Chewbacca, Poe Dameron, Kylo Ren, an unnamed stormtrooper and an unnamed TIE fighter pilot was the first to draw the ire of fans, who have been using the hashtag #WheresRey to question the omission.

Fans say that leaving out Rey – who is played by Daisy Ridley and has a significant role in The Force Awakens – and replacing her with two generic male characters raises questions about the representation of female characters in the action movie world.

“The Force is still pretty tired and backward when it comes to representing female heroes,” Eppu Mikkonen wrote on Twitter.

Stephanie Evans tweeted: “Do better @hasbro, @Disney and @Target. We find your lack of female #StarWars characters disturbing. Because it’s 2015.”

Games writer Alisha Karabinus tweeted: “Selling Rey as the hero she is would help a lot with the gendering of toys.”

“So you can pilot the Millennium Falcon, but you aren’t included in the toy set?” wrote Twitter user Summer.

The #WheresRey hashtag has also become a space for fans to share the details of any Rey action figures they have found for sale, but many have noted that most Rey figures are only available individually, not in box sets.

“Rey’s out there, but toymakers need to include her in the packs,” Anthony Breznican tweeted.

“You’ve got to let the girl play, boys.”

Guardians of the Galaxy, The Avengers also criticised

“In many stores and e-commerce destinations, products featuring Rey are selling as quickly as retailers can restock shelves,” he said.

“Fans will also be seeing a lot more of Rey with a new wave of product coming in January.”

Target spokesman Lee Henderson said Rey action figures may not have been included in some toy sets prior to the film release to avoid spoilers.

“We expect fans to see more of her as new products roll out, now that the film has been released,” Mr Henderson told The Daily Beast.

“We don’t want to spoil any surprises, but fans will start to see more of her in 2016.”

Disney and Marvel came under fire earlier this year for the lack of The Avengers merchandise featuring Black Widow with the #WheresBlackWidow hashtag.

Similarly, when Guardians of the Galaxy was released last year, consumers took to social media and used #WheresGamora to question the lack of Gamora merchandise.

The Force Awakens has become the fastest movie ever to pass $US1 billion mark in ticket sales, hitting the figure in just 12 days.