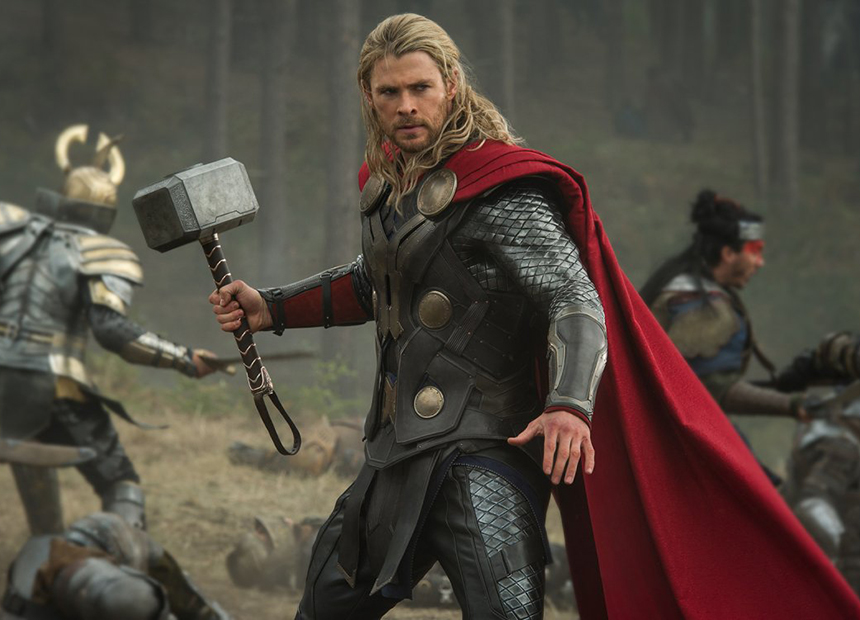 All were box office hits filmed right here in Australia; and with the news that several new major productions will be coming Down Under, we are once again hoping our industry can tackle the best stories that film has to offer.

• Thor and Alien blockbusters to be made in Australia
• King Kong movie to be filmed in Queensland
• Does your favourite movie pass the Bechdel test?

This week, the Federal government announced that $47.25 million will be invested in sequels Thor: Ragnarok and Alien: Paradise Lost to be filmed in Australia with a local production crew; together expected to generate over $300 million in foreign investment and 3000 jobs.

Only on Monday, Queensland Premier Annastacia Palaszczuk announced that King Kong sequel Skull Island will begin filming on the Gold Coast early next year, with Pirates of the Caribbean sequel Dead Men Tell No Tales completing production there in August.

Australia is competing with any number of countries and though we have a lot to offer, our film fortunes can change very quickly, with productions like Green Lantern (2011, which later heavily flopped), originally set to film in Australia before hightailing it back to the US following a hike in the Australian currency.

With major productions such as The Matrix and Mission Impossible II filming in Australia under very different economic circumstances, as well as Star Wars prequels Attack of the Clones and Revenge of the Sith, government incentives continue to play a major role in securing the big film deals here and overseas.

Tasked with representing industry leaders and screen agencies abroad, AusFilm CEO Debra Richards, currently in Los Angeles for the Australians in Film Awards, spoke to The New Daily about the future of the Australian film industry and the government’s recent announcement.

“It’s great to have two major productions (Ragnarok and Paradise Lost) coming in off the back of Pirates of the Caribbean,” Ms Richards said.

“It’s great for the industry, it will employ a lot of people, it will allow for small businesses who work on films to reinvest in their own business, whether that be their equipment or their infrastructure and that has flow-on for the domestic industry as well.”

Australia offers a 30 per cent Post, Digital and Visual Effects Offset for studios, as well as a location offset where 16.5 per cent of the money spent on the production is returned for filming Down Under. According to Ms Richards, as attractive as our incentives and local industry are, there’s a lot more room to entice the big productions to our shores.

“The location offset is what the most recent major productions have taken advantage of but for Australia that 16.5 per cent is the lowest in the world so for us to remain competitive even though we might have a project that works creatively in Australia it still has to work financially,” explained Ms Richards.

“We have great locations, we have excellent talent, we have wonderful crew and a worldwide reputation … we’ve got all of that but what really is competitive for us is that this is an internationally competitive environment because films can go anywhere in the world so the finance has still got to work.

In 2013, New Zealand raised the rebate on international film and television productions from 15 to 20 per cent. AusFilm has lobbied for the location offset to be raised to 30 per cent to address the competition.

With prospects for securing even more potential blockbusters, Ms Richards is confident that this week’s announcements will help garner more interest in the Australian industry, which has played a key role in producing major franchises including Star Wars.

With elements of the sequels’ production already slated for the UK, there is “always a possibility”, according to Ms Richards, that parts or all of such major projects could be filmed locally.

“With the announcement of these two films and even further films coming to Australia that generates more interest; we have a great reputation internationally for delivering on time and on budget … there is always a possibility of more production whether that be Star Wars or something else.”

May the Force be with us.