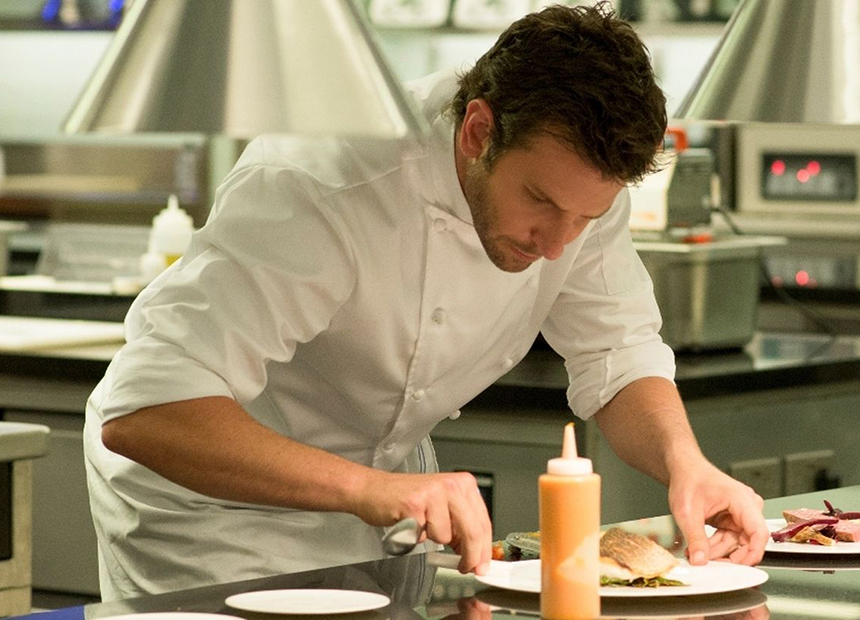 NB: Apologies in advance for all the food puns.

Despite its all-star cast and seemingly winning foodie formula, Burnt has had a rocky road to the big screen.

First, it had an identity crisis when another movie – Jon Favreau’s 2014 foodie flick Chef – took its name.

Despite Sony sending a ‘cease-and-desist’ letter to Favreau and his team, Chef came out first and Burnt was forced to change its title to Adam Jones before settling on its current moniker.

Then it shifted release dates and moved from having a general release to limited release in the US – presumably in an effort to generate more buzz.

None of the above bodes well for the movie, which certainly has the makings of a great foodie movie – of which there are many.

The gourmand genre is burgeoning thanks to the current obsession with cuisine and celebrity chefs and there have been plenty of great incarnations in recent years: Julie & Julia, No Reservations, The Trip and Ratatouille, to name a few.

In Burnt, Bradley Cooper plays Adam Jones, a rockstar chef whose wild lifestyle sees him spiral out of control. After hitting rock bottom, he overhauls his life and heads to London in a bid to claim the elusive third Michelin star and prove he’s not just a flash in the pan.

Jones is bitter, angry and arrogant – a role Cooper occupies comfortably. But we’ve seen this wronged-chef-comes-good formula before in Chef.

And, unfortunately for this movie, Favreau did it better. And he did it first.

But long before both Cooper and Favreau broke plates and hearts, Gordon Ramsay did it to global acclaim. Many are speculating Burnt is actually based on Ramsay’s career and that’s not a long shot – there are plenty of parallels.

The problem with Burnt is that it got greedy. It tried to fit too much on its plate. It ordered the buffet when it should have opted for the a la carte.

There are failed romances, new romances, revenge plots, drug habits, restaurant politics and origin stories all squeezed into an hour-and-a-half’s worth of movie. That’s without counting the expansive cast, which reads like a who’s who of Hollywood up-and-comers (Alicia Vikander, Omar Sy, Lily James).

Even Uma Thurman makes a bizarre, half-baked cameo as a food reviewer who gets to enjoy a single meal before she disappears, never to be seen or heard from again.

The standouts are an energetic Sienna Miller, who shines as Jones’ sassy sous chef, and Daniel Bruhl, who is adorable as the beleaguered restaurant maitre d’.

Other than those two, it really is a case of too many cooks spoiling the broth. Burnt has the whiff of the cutting room floor about it – you get the sense several pivotal scenes were rejected in an effort to cut the finished product. As a result the plot seems a little scattered.

Of course, the addictive intensity of a high-pressure kitchen does rub off on you, with one particular scene eliciting audible gasps from the audience. Though Jones isn’t a clean-cut hero he’s easy to root for and his interplay with the other characters is pretty compelling viewing.

The food, too, is wonderful eye candy – although the most delectable dishes come not from Jones’ high-end restaurant but from the street stalls he frequents in between shifts.

Here’s the thing – Burnt isn’t a bad film, it’s just not a great one. And in a field of fairly excellent peers that makes it the wurst.

Another one bites the crust.