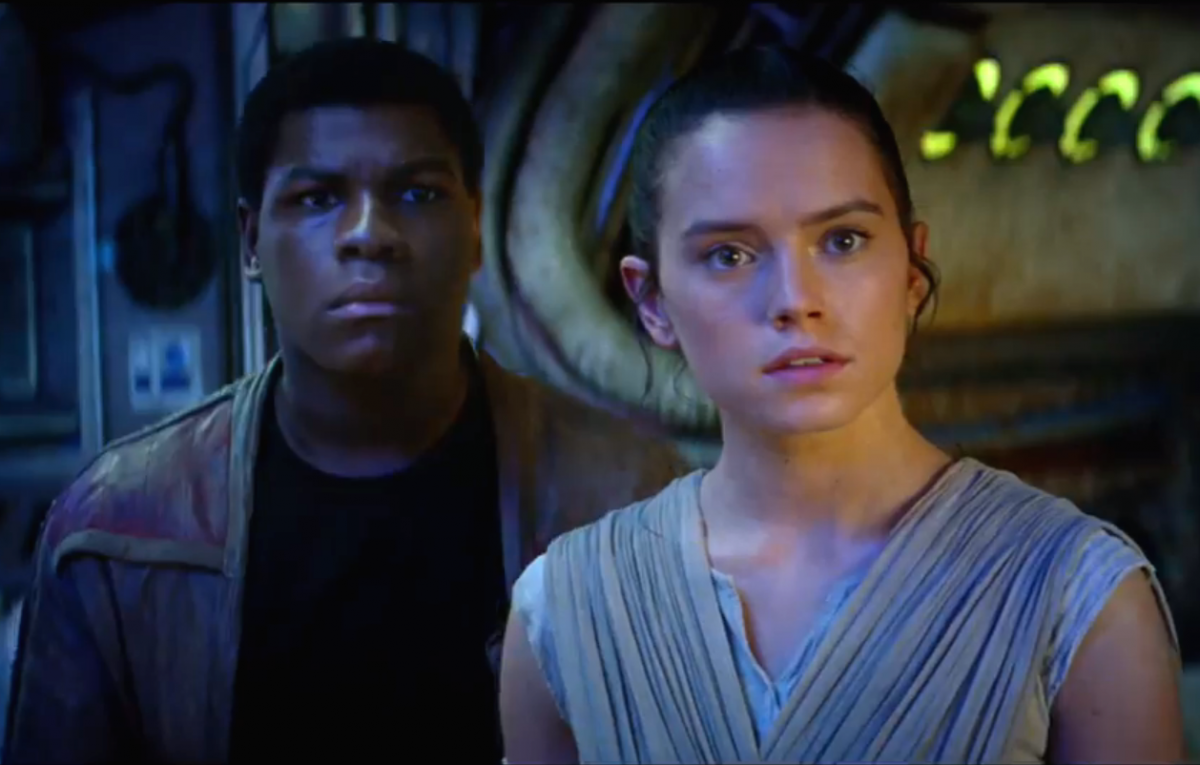 Daisy Ridley is one of the film's fresh faces. Photo: Getty

The first teaser for the blockbuster movie hit YouTube 10 months ago and only gave excited fans 88 seconds of footage.

A second teaser, released in April this year, nearly made the two-minute mark.

The full-length trailer (viewable below) offers two-and-a-half minutes of movie magic and had already amassed 220,000 views on YouTube just minutes after it was released.

The trailer coincides with the announcement that, in Australia and the US, tickets to see the film will go on sale nearly two months before its December release in an effort to build demand.

While there is no sign of Mark Hamill making a return as Luke Skywalker (much to the chagrin of diehard fans), the trailer stars new faces Oscar Isaac as Poe Dameron, Daisy Ridley as Rey and Jon Boyega as Fin.

A shadowy figure promising to “finish what he [Darth Vader] started” is believed to be Kylo Ren, played by Adam Driver.

Set 30 years after 1983’s Return of the Jedi, original stars Carrie Fisher and Harrison Ford are also on the cast list, alongside newcomers Lupita Nyong’o and Domnhall Gleeson.

The film hits cinemas in Australia on December 17 this year.