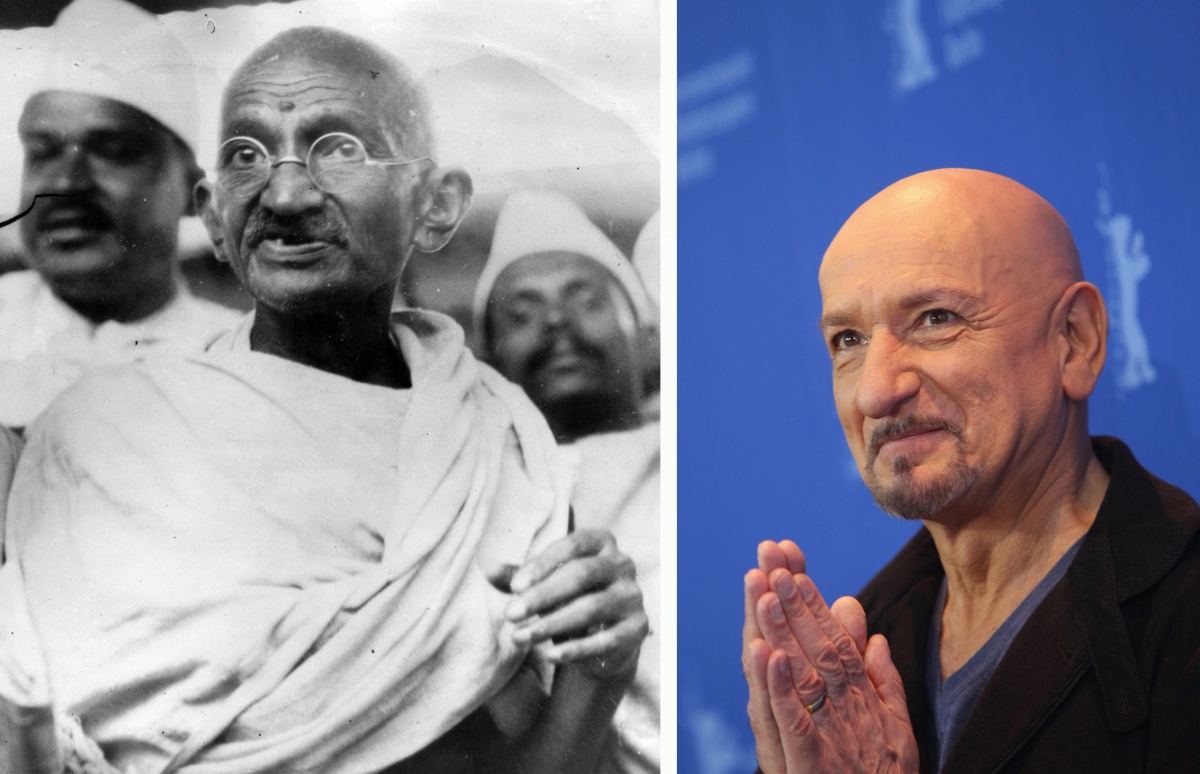 We’ve all heard the saying “hit the books” to learn what you need to know about history, science, mathematics and pop culture.

But what about let’s go to the movies? There’s a lot you can learn from a great film – knowledge to bring out at a dinner party to impress friends, on a date or just make you that little bit more informed.

• Johnny Depp doesn’t want to win an Oscar
• Why Tom Hardy will never be a leading man
• This is the most sickening movie in cinemas
• Leonardo DiCaprio’s love life: a short history

Here are our picks for movies to make you smarter.

This biographical drama is about the life of pacifist, political leader and amazing mind Mohondas Gandhi (played by Ben Kingsley) who led his country peacefully towards independence from English rule after World War II. He also won some rights for Indians in South Africa. It’s an Oscar-winning movie directed by Richard Attenborough to teach you about Gandhi’s life and philosophies.

The movie about mathematician Dr John Forbes Nash Jr’s life. It focuses on his discovery the Nash Equilibrium (an economic theory involving multiple players where no one player can gain an advantage by changing their strategy, if the others’ strategies remain the same). Clear? No? Then you need to watch this movie! A Beautiful Mind also explores Dr Nash’s struggles with, and ongoing recovery from, mental health issues (schizophrenia) and being awarded the Nobel Memorial Prize for Economics in 1994.

When Will Hunting solves an impossible mathematical equation left on a blackboard at the Massachusetts Institute of Technology (where he works as a janitor), a professor discovers the troubled young man’s genius. Will, played by Matt Damon, and friends including Chuckie (Ben Affleck), get into trouble with the police and as a consequence Will is forced to face his personal demons through counselling, teaching important mathematical and life lessons.

Along with Nelson Mandela, Steven Biko was an extremely important figure in South Africa’s anti-apartheid movement in the 1970s. This movie features the relationship between Biko and newspaper editor Donald Woods. A young Denzel Washington and Kevin Kline play the lead characters and the movie shows the hardships and racism rife in South Africa at that time. See also Mandela: The Long Walk to Freedom about Nelson Mandela’s life.

This movie covers it all – from physics to what happened to world-famous cosmologist Stephen Hawking before and after his diagnosis with motor neurone disease. You’ll learn about one of the most brilliant modern minds through this inspirational movie.

The story of three Aboriginal girls who are forcibly taken from their families in 1931 and sent to be trained as domestic servants at a “native settlement”. The movie focuses on the Australian government’s policy at the time (which removed “half-caste” Aboriginals from their homes) and the girls’ 2400km journey home following the rabbit proof fence. The movie deals with issues facing Australia’s ‘Stolen Generation’ and the tragedy many children faced.

Starring (and directed by) Kevin Costner, the movie was selected for preservation by the American Library of Congress because of its “cultural, historical and/or aesthetic significance”. That’s because it shows the life and culture of the Sioux people and of a lone Civil War Union soldier who asks to be posted to the western frontier after surviving battle. He builds a friendship with the Sioux and the movie has a lot to teach about Native American culture.

Basically most of the Greek mythology is rolled into one feature length movie. Perseus (Sam Worthington), son of Greek God Zeus (Liam Neeson), is forced into battle to save his human family – who drowned earlier in the movie – from Hades (the Greek God and the place otherwise known as hell). With Harpies, Medusa and other Greek baddies, there’s a lot to learn. Plus it’s got one of the all-time most memed movie lines: “Release the Kraken!”

A classic Peter Weir movie which follows the lives of Archy Hamilton and Frank Young, competitive sprinters who (despite being too young) sign up to serve with the Australian and New Zealand Army Corps during World War I. They end up in Gallipoli using their speed as messengers for the officers. This movie shows life on the front line and teaches about a significant time in Australia (and New Zealand’s) history.

Eerily close to reality, Ex Machina explores the dilemmas surrounding the relationships between humans and machines i.e. artificial intelligence (AI). Such dilemmas face main character (and computer programmer) Caleb who wins an opportunity to stay for a week with his genius boss Nathan in his hi-tech mansion. Caleb learns that Nathan has invented an advanced AI – an aritifical woman named Ava – and is asked to take part in a Turing Test. (A Turing Test determines how human-like a machine can behave). Creepy things ensue. The take-home lesson from this movie? Never trust a beautiful machine! Ten great movies that will also make you smarter