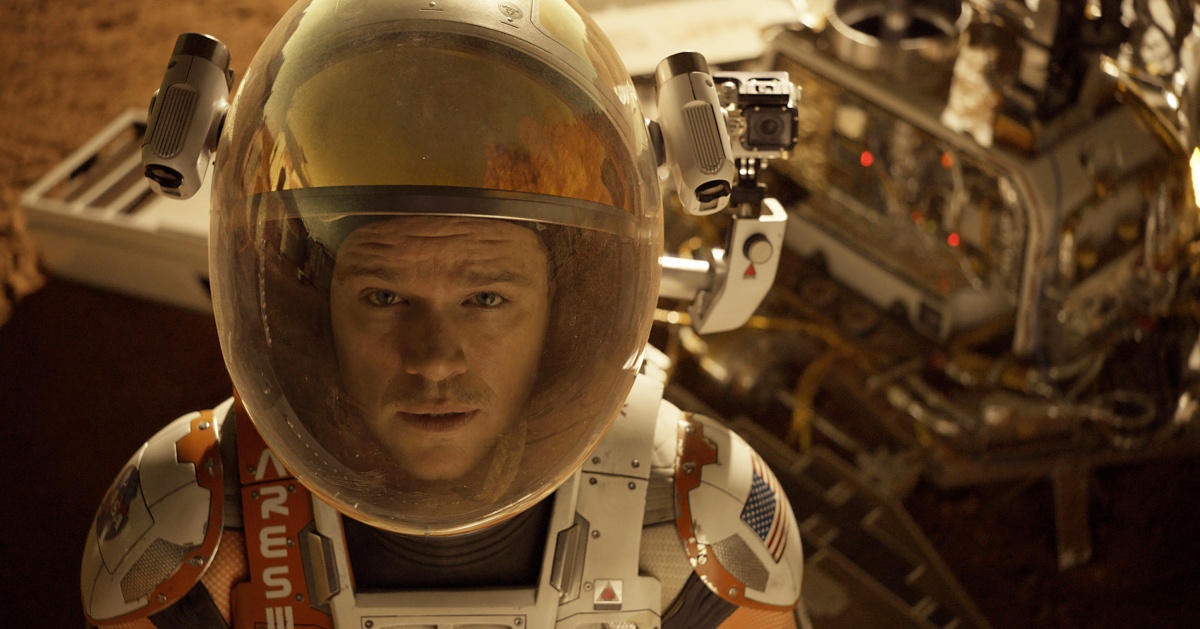 First there was the conspiracy theory that man didn’t walk on the moon and that the iconic moment was actually filmed in a Hollywood lot.

Now, a new Hollywood space conspiracy is doing the rounds, with many questioning whether NASA timed its announcement of the discovery of water on Mars to coincide with the release of Ridley Scott’s latest movie, The Martian.

NASA announced on Tuesday morning (Australian time) that scientists had found evidence of water flowing (at least intermittently) on the surface of Mars.

The water, a briney-acidic perchlorate – colourless and salty water – could mean the possibility of life existing on the red planet.

Publicists at 20th Century Fox, the studio behind the film, jumped on the announcement to push out promotions of the movie, which stars Matt Damon.

In the movie Damon plays astronaut Mark Watney who is left behind by his colleagues during a mission to Mars after a fierce storm hits the planet.

Videos and memes began to appear including one of Matt Damon drinking a glass of water.

The promotional conspiracy followed interviews with director Ridley Scott who said he had worked closely with NASA on the movie.

In an interview he said: “They (NASA) loved the adaptation of the screenplay.”

“They thought it was fun and mostly accurate.

“When I showed them the film, 40 guys saw it in Washington from NASA, and one muttered, ‘Maybe this will help us with reprogramming and the refinancing [of the U.S. space program]’.

“I mean, he was partly joking, but that was very nice.”

Despite the conspiracy theory, NASA says the timing of the announcement had nothing to do with the release of The Martian.

“No, the timing was dictated by the publication of the Nature Geoscience article, which was released today,” NASA spokeswoman Laurie Cantillo said.