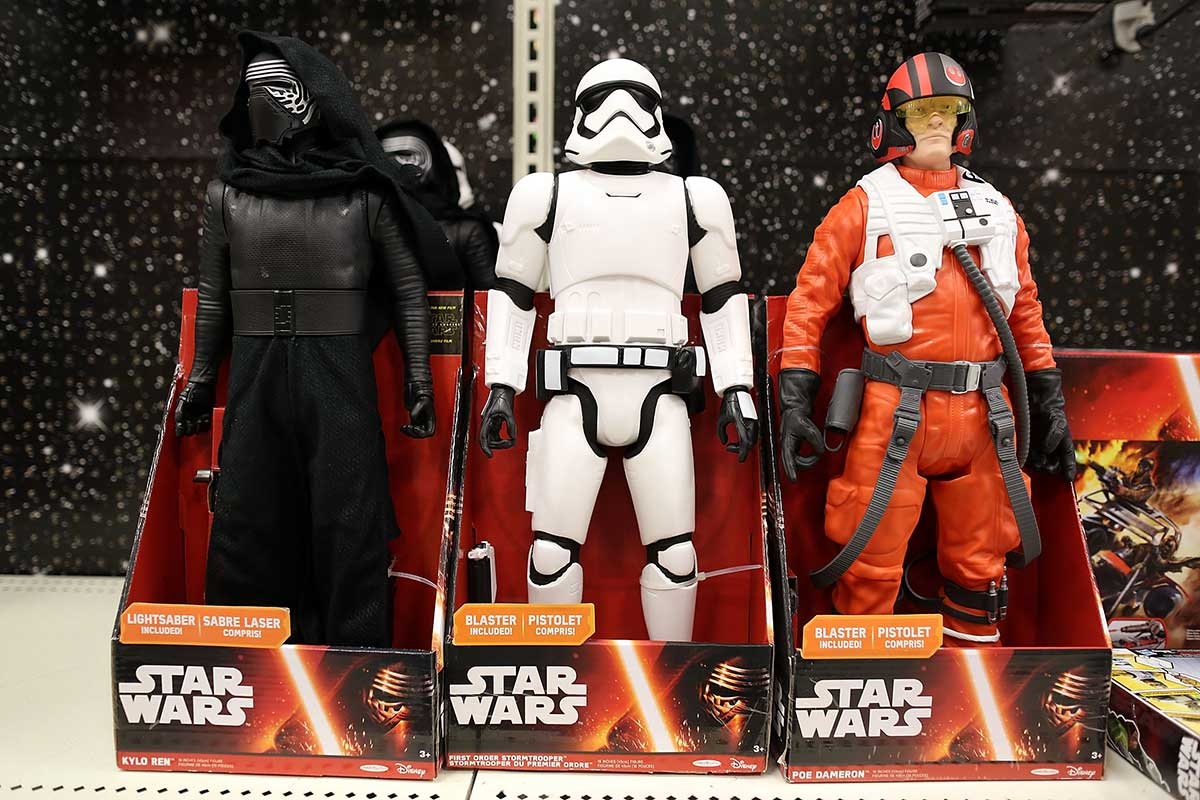 Star Wars fans across the world have queued up to get their hands on new figures from the upcoming movie The Force awakens.

Dressed as Jedis, Stormtroopers and Boba Fett, fans descended upon special midnight openings of Disney-branded stores in New York, Chicago and San Francisco for first crack at toys, including $US180 ($A256) talking Yoda robots and the $US150 BB-8 droid, which responds to voice commands.

In London, two young British actors who feature the movie helped kick off the event by hosting a meet-and-greet session with devotees on Thursday night.

John Boyega and Daisy Ridley, who saw off competition from thousands of hopefuls to land parts in the new film, joined in the celebrations to mark the launch of the new collection of Star Wars toys.

They surprised fans queuing up at a branch of the Disney Store on London’s famous Oxford Street ahead of the toys going on sale at midnight, posing for pictures and signing autographs.

The fan gatherings in public were dwarfed by fan gatherings online. A Star Wars-sponsored YouTube channel showing 18 hours of round-the-globe presentations of the new toys had more than a half-million views by hour 14.

The marketing blitz reflects the global power of the Disney-owned Star Wars franchise. Star Wars toys are a multibillion-dollar business, according to the New York Times.

Star Wars: Episode VII – The Force Awakens is slated for release in December.