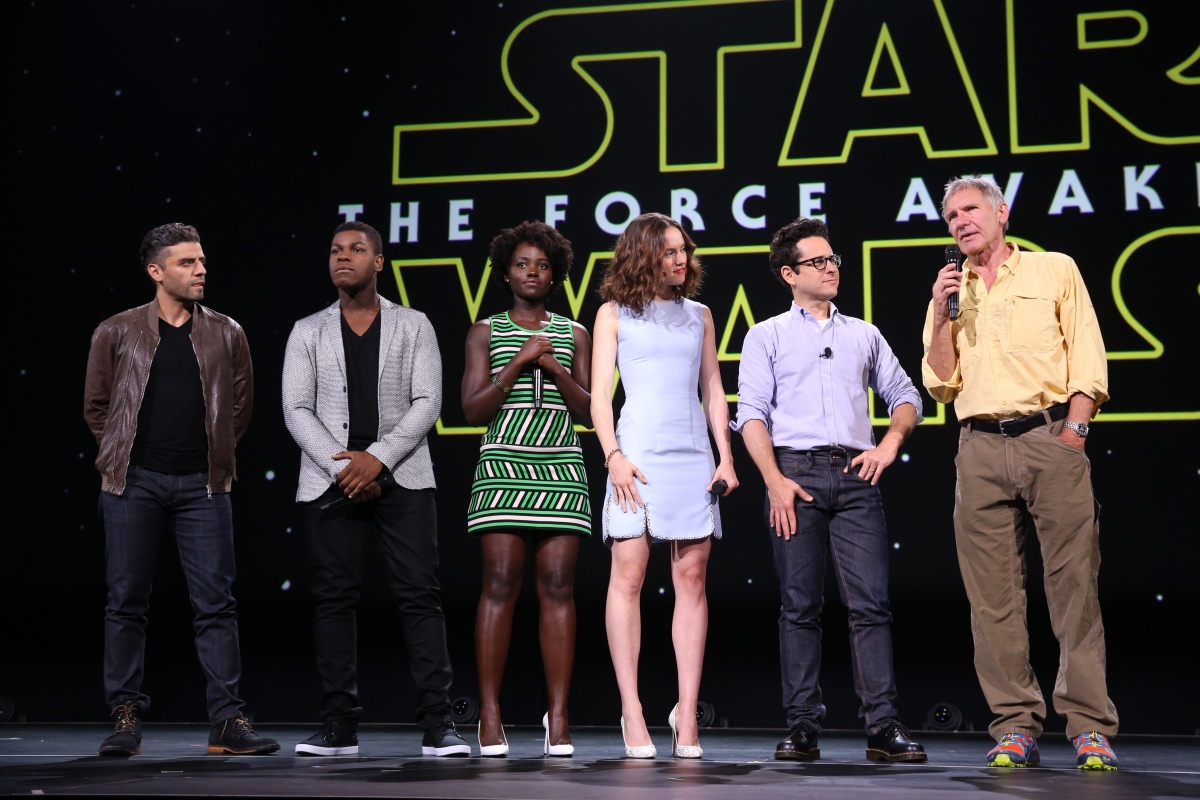 Move over Elsa and Anna, the lightsabers have arrived.

Star Wars could blow Frozen off the toy sales charts when the merchandise for the upcoming instalment of the sci-fi phenomenon hits shelves on Friday.

Retailers are prepping for a sales frenzy with Star Wars VII: The Force Awakens merchandise coming out three months before the film hits cinemas in December.

Toys”R”Us and Target have even planned midnight opening sales for their stores on Thursday.

“I know there are a lot of fans heading out to those openings,” said Chris Brennan, the director of Star Walking Inc, the longest-running Star Wars fan club in the world.

“They’ll be there, in their droves as always, ready to snap up the latest figures as they come out.”

Just hours before fans stream in through the shop doors, Australians will get the first official glimpse of what will be on offer during a global “unboxing” event livestreamed on YouTube.

Sydney tween vloggers Bratayley will kick off the 18-hour marathon of unveils around the world at 0745 AEST on Thursday.

However Mr Brennan says that the surprise element has been quashed for many fans after some stores began selling what was meant to be top-secret stock ahead of Fathers Day on Sunday.

There are reports of some new Star Wars figurines already being resold on Ebay for up to $125 a piece.

“The big global unboxing might be a bit of a fizzer because the hardcore fans have already been out on the hunt and found a lot of stuff already,” said Mr Brennan.

Fans are most excited about action figures for the new characters of Finn, Rey and villain Kylo Ren.

Analysts predict Disney will rake in another profit windfall after Frozen toys brought in $US531 million ($A755.87 million) in the 2013/14 financial year.

“In the toys industry we call Star Wars an evergreen because it can always drive significant sales regardless of if there’s a movie coming out or not,” NDP group toys analyst Miguel Velasquz said.

“As the movie will coincide with the Christmas period, the (sales) impact will be even more significant.”

One US-based analyst, Tim Nollen, called the new Star Wars instalment a sales catalyst for Disney and predicted merchandise could bring in revenue of $US5 billion ($A7.12 billion) in the first year.

Disney is also planning to build Star Wars attractions at its US theme parks in California and Florida.

Star Wars: Episode VII – The Force Awakens will be the seventh instalment in the sci-fi film franchise which became a cult phenomenon in the 1970s.

It’s the first in a trilogy produced by Disney after the entertainment juggernaut acquired the Star Wars franchise and original studio Lucasfilms in 2011.