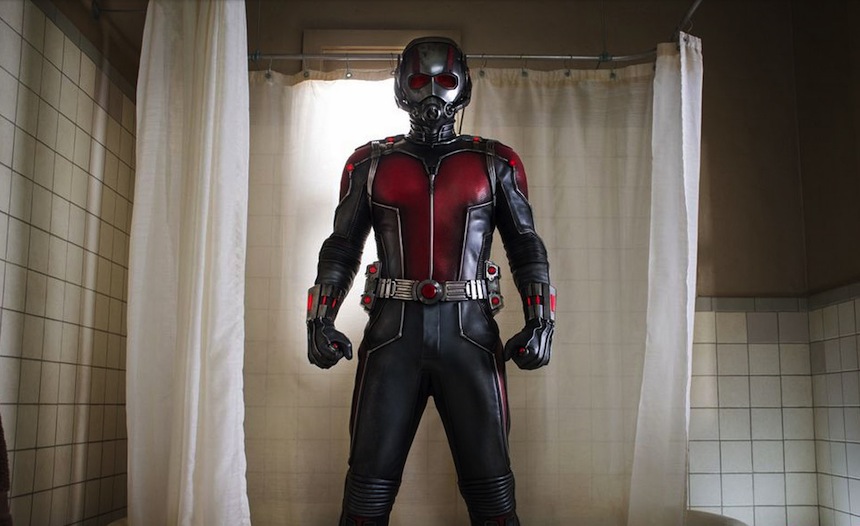 In recent years, comic book behemoth Marvel has been gearing itself towards a slightly edgier, more relatable brand of superhero.

• Why 2015 could be the best year for movies … ever!
• The Avengers: Age of Ultron trailer
• Field of dreams: 10 classic sports movies

Robert Downey Jr’s Iron Man is a wisecracking playboy with lots of money who creates a super suit to protect himself after injury. Last year’s uber-successful Guardians of the Galaxy was as much a comedy as it was an action blockbuster. And the highly-anticipated Deadpool movie starring Ryan Reynolds centres on a super sarcastic anti-hero known for regularly breaking the fourth wall.

It looks like this year’s Ant-Man will be no different, with its tongue-in-cheek approach to its farfetched subject matter and Paul Rudd as the somewhat surprising action hero lead.

In the trailer, audiences get their first glimpse of Rudd as Scott Lang, a grifter who is talked into wearing an amazing shrinking suit to help his mentor, Dr Hank Pym (Miachel Douglas), pull off the ultimate heist.

Wearing the suit, Lang shrinks to the size of an ant, giving him super-human strength and the ability to go about his business relatively undetected.

We also get our first look at Yellowjacket, Ant-Man’s nemesis, who is played by Corey Stoll.

If Stoll is familiar, you’re probably a House of Cards fan who remembers him as the alcoholic, fundamentally dysfunctional Peter Russo.

The trailer gives Rudd, an actor best known for his comedic roles, the chance to inject some of his witty banter into the classic action flick as he jokes, “I’m Ant-Man … it wasn’t my idea”.

See the full trailer below: