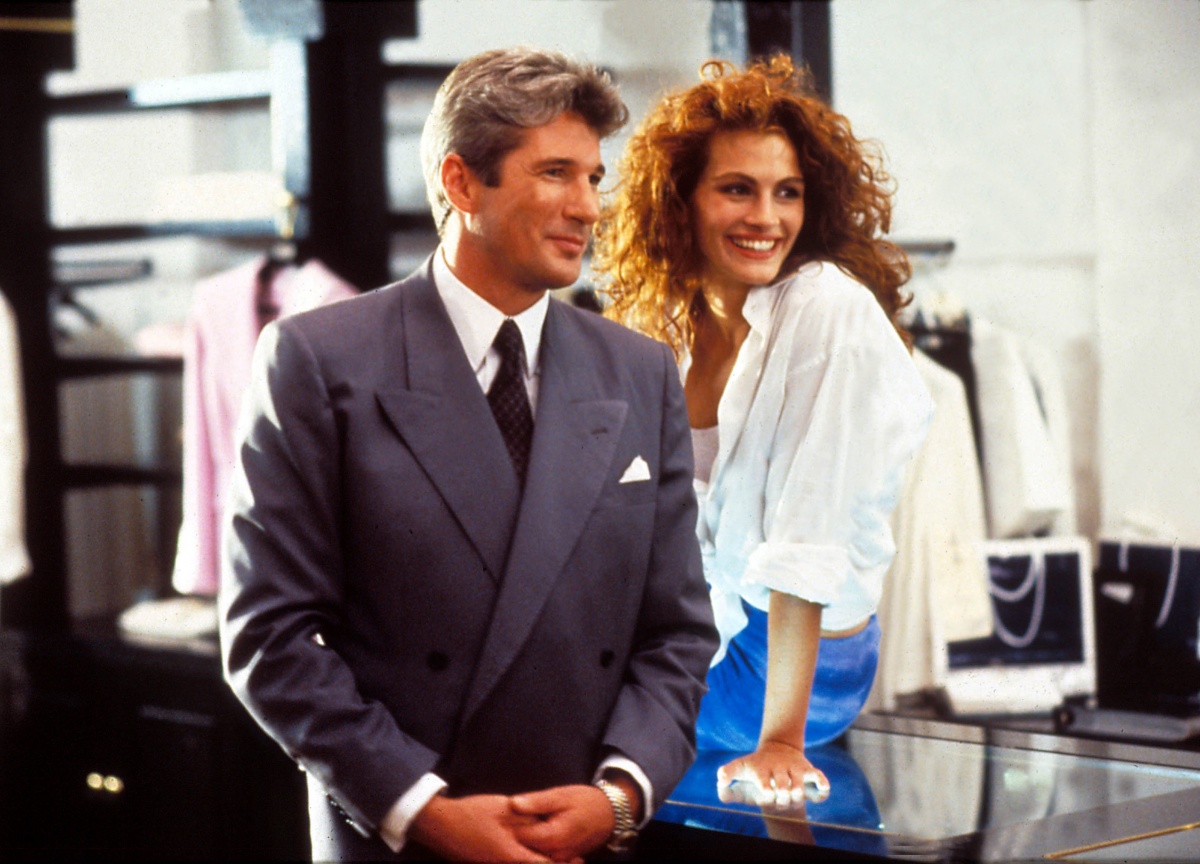 It was a surprise success for its time – man meets prostitute and falls in love – but 1990’s Pretty Woman has endured as a movie classic.

Set in a slightly grittier Los Angeles, Garry Marshall’s rags-to-riches flick was a modern-day fairytale in the truest sense of the word and made its star Julia Roberts a household name.

To celebrate 25 years since its release, we reflect on some of the lesser-known details about one of Hollywood’s most popular movies.

1. It originally had a different, darker ending

Before there was Pretty Woman as we know it today, there was $3000, a far bleaker script from screenwriter Jonathan Lawton, named after Vivian’s fee for spending a night with a client.

In the original script – which was drastically edited – the film ended with Vivian’s best friend Kit overdosing on drugs and Edward kicking Vivian out of his car. Speaking about the film’s anniversary on the Today show in the United States, Richard Gere revealed how his casting in the film wasn’t always a sure thing.

In fact, Gere turned the part down several times before meeting with Roberts, who clinched the deal.

“Garry [Marshall] brought me there,” Roberts said in the interview. “And he said, ‘Richard, Julia. Julia, Richard. I’ll see you later’, and he walked out.”

Gere recalled how he and Roberts met in his New York apartment, where they hit it off.

“To be honest, I didn’t know if I was doing this movie yet. She’s across the desk, we’re getting to know each other, we’re flirty-flirty, nice-nice,” Gere explained.

3. Julia Roberts was not the first choice for Vivian

In fact, she was pretty much the last choice. Meg Ryan turned down the role before it was offered to Molly Ringwald, Winona Ryder, Kim Basinger, Sharon Stone, Diane Lane and others.

Roberts was only 22 years old when the movie came out.

Pretty Woman was filmed at Walt Disney Studios and produced by Disney.

5. The necklace scene was improvised

During filming for the famous moment when Edward presents Vivian with a diamond necklace, Roberts wasn’t feeling well so Gere snapped the box shut to make her laugh.

Her reaction was so perfect they kept the scene in the final cut.

The necklace itself was worth a reported $25 million.