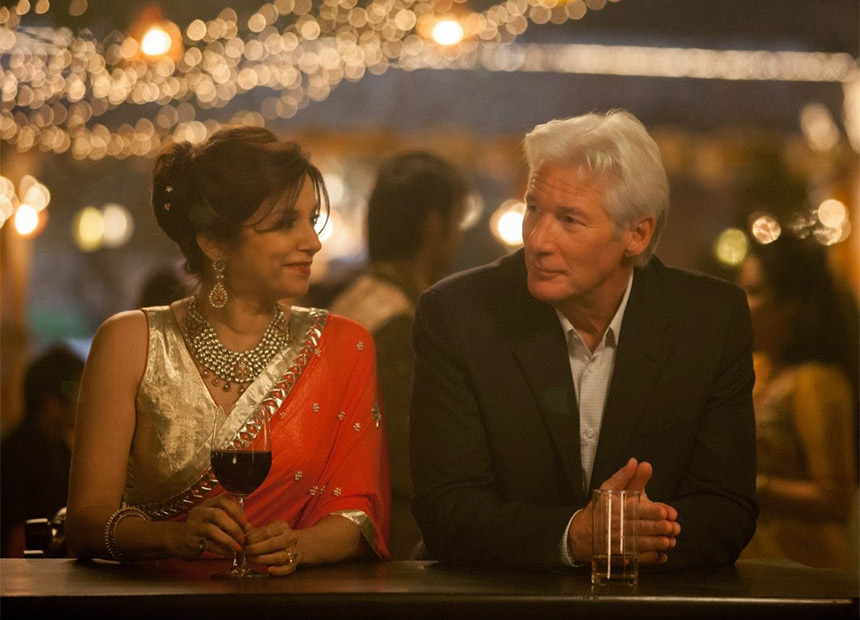 Calling to mind the rather ominous lyrics of the Eagles’ Hotel California, there’s a deep-seated sense of unease that some of the much-loved characters of director John Madden’s unexpected pensioners-escape-to-India hit The Best Exotic Marigold Hotel may not survive the sequel – the rather imaginatively titled The Second Best Exotic Marigold Hotel.

Of course, adding ‘second’ before ‘best’ in the title may sound like a curse in and of itself, but there’s genuinely a lot to love in this rather amiable follow-up, penned by Ol Parker, that expands on the Deborah Moggach novel by wisely drilling down into the inter-personal relations between the aging guests, rather than inserting any overly OTT plot machinations.

Dev Patel’s rather gormless Marigold proprietor, Sonny, is looking to expand business by buying a new property, aided by the rather curmudgeonly yet begrudgingly maternal Muriel (Maggie Smith) who appears to have given up on a quiet, solitary life in order to become his general manager.

In fact, most of the retirees seem a little restless, with Judi Dench’s Evelyn taking on a new role as a buyer for a textile company, and Bill Nighy’s Douglas, still mooning over Evelyn from the sidelines, working as a rather ill-informed tour guide.

Adding some Hollywood glamour, Richard Gere joins the largely British cast as a mysterious author who has the hots for Sonny’s mum, played by Lillete Dubey, while Celia Imrie’s Madge still has the hots for any bloke who still has a healthy pulse.

The harmless misadventures that follow are given a nice emotional anchor in the impending marriage between Sonny and his bride-to-be Sunaina (Tena Desae) and there are quite a few teary-eyed moments sprinkled in-between the laughs at old fogies behaving badly.

· The Oscars’ Oscars: Best cinema of the past 20 years
· Virgin territory: why 50 Shades is spankingly awful
· ‘What We Did On Our Holiday’ a rollicking hit

The all-star cast exudes a palpable air of camaraderie, even when they’re supposed to be at war with each other, whether that’s the muted sniping between Muriel and Evelyn or a deliciously bitchy turn from a returning Penelope Wilton as Douglas’ angry ex.

It’s unlikely these films would work anywhere near as much as they do without Britain’s finest, with welcome back-up from Bolly and Hollywood.

Then there’s that overarching sense of the creeping of time and approaching mortality that adds a genuine care for well-being of these characters and, indeed, the actors playing them.

Long may we treasure them.

Box office: a sequel with substance